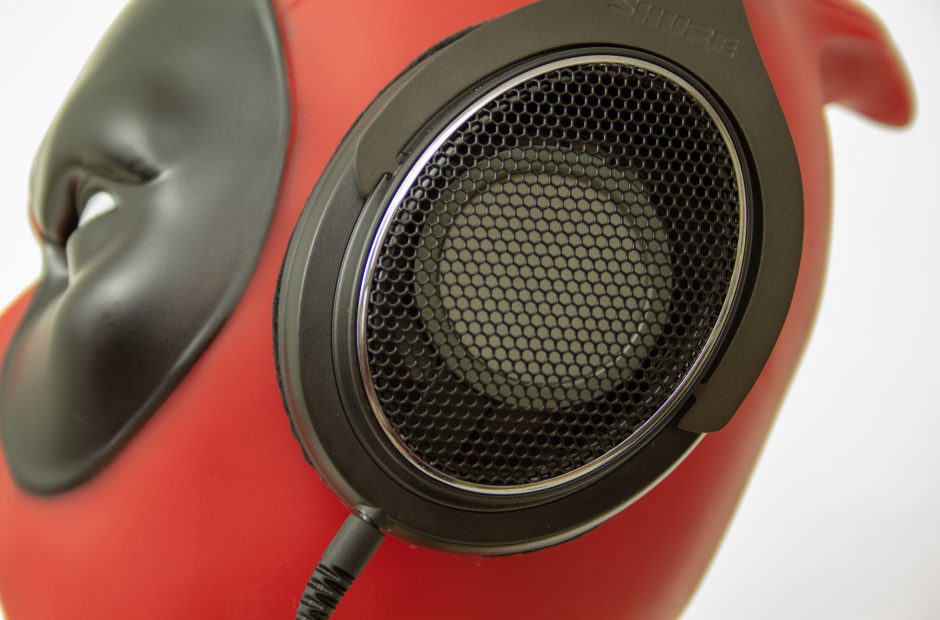 When most people are looking for new headphones, one of the biggest concerns is portability. The bus, the gym, and the cubicle are some of the many places people want to use their headphones, and those headphones come with all sorts of special needs like active noise canceling and Bluetooth. In the mix, I feel like headphones for the home get left out and forgotten. I do a huge amount of my listening in my office while writing or in my living room while reading comics. The earbuds I wear outside the house are fine for this, but I know there are better options out there. There’s better, and then there are Shure’ SRH1840 headphones.

At $500, the SRH1840s are Shure’s highest-end headphones. They’re an open-back pair of ultra lightweight headphones meant primarily for studio use and sound accuracy. They’re a far cry from Beats by Dre. 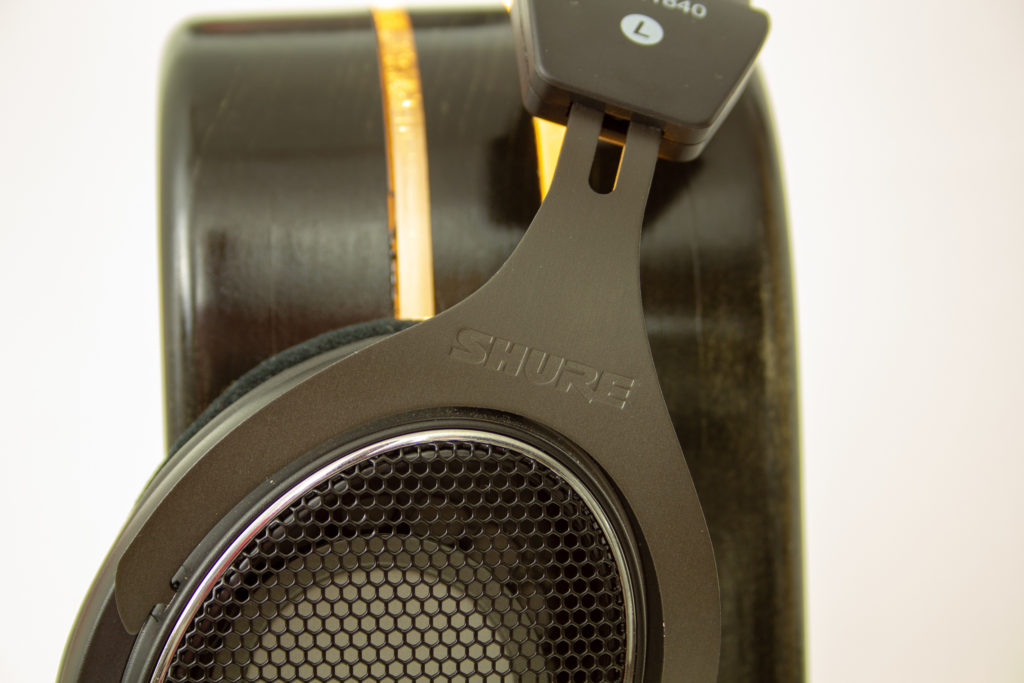 Did you know that there are headphones so comfortable you can literally forget you’re wearing headphones?

Shure’s SRH1840s are light. Really light. At 268g, they’re actually heavier than some other headphones, but careful material choice means they feel even lighter. A padded headband leads down to aluminum yokes on either ear. The cups themselves have open stainless steel grilles on the outside, and replaceable velour earcups on the inside.

The 6.9-foot cable connects to both ears with Shure’s standard MMCX connectors with a satisfying click that holds on firmly enough that I can’t see myself accidentally unplugging them, but I also don’t have any trouble doing so when I want to put them back in the case. 7 feet is a generous amount of cable that is definitely too much for use outside the house – but these are meant to use in the studio or the home, where you’ll likely want to move around a little bit without taking them off. It’s not as free as wireless, but all that cable means plenty of mobility in something like a home office or other work environment.

As with Shure’s earbuds, I love that the cord and ear pads are user-replaceable. This is more common on headphones than on earbuds, and I have at least two other pairs of headphones that offer this, but in a pair this expensive, it’s a must-have accessory. And for your money, you get a carrying case for these babies that packs an extra cable and a 1/4-inch adapter.

All of this – all of it – is in a combination of black and gunmetal. It’s simple styling, but it all looks classic and stylish. 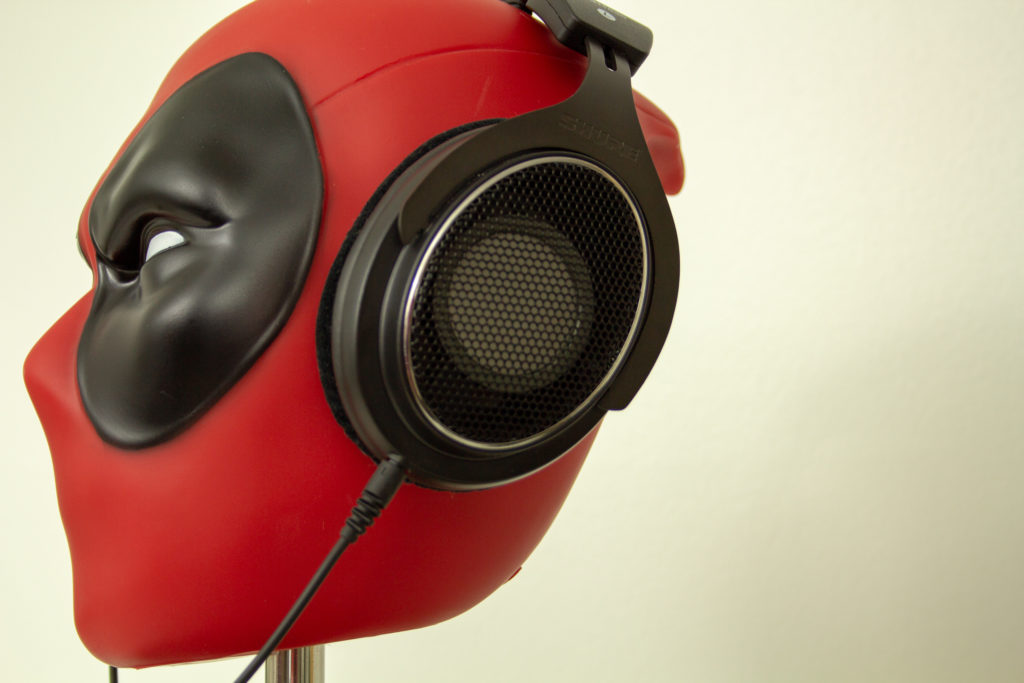 If the price tag at the top of this piece didn’t tell you everything you needed to know, then this is where you’ll want to pay attention. If you like headphones that go out of their way to amp up the “boom” on the low end, skip these. These are not the headphones you’re looking for. In fact, I’d push you toward Shure’s own line of earbuds as a starting point for something with better bass.

With that said, I love the way the Shure SRH1840s sound, and I think the bass is going to be more than enough most listeners.

I put the headphones through the usual paces that I like to put stuff through; Kyuss, Metallica, Miles Davis, Mr. Bungle, and a few others. Listening to Chuck Ragan’s “Landsick,” I was impressed by how clear the vocals were in general. The instrumentation was cleaner and I felt like I was hearing more of the instruments than I have on some of my other open-back headphones. Another individual track I like to pick on is “Immigrant Song” by Led Zeppelin. Not just because it makes me think of Thor: Ragnarok, but because of just how rich the song is, between Robert Plant’s vocals, the heavy use of cymbals, and the driving bassline. Cymbals are one of the things that can really dissolve on cruddy headphones and they’re even cleaner than I expected here.

Switching over to “Sweet Charity” by Mr. Bungle, the bass guitar is much more prominent. Whenever that stuff drops out, leaving just Mike Patton’s vocals, the airy echo of his voice enhances the ethereal feeling that I love so much about this album in general.

To highlight the bass specifically, I put on Kyuss’ “Space Cadet,” and I was surprised by how much they don’t sound like open-back headphones. It’s only when I start typing or my cats knock something over that I’m reminded they’re not closed off. The bass guitar has a great punch here that I also got from the drums in Metallica’s “Of Wolf and Man.”

Finishing out with Miles Davis’ “Kind of Blue,” the whole thing is smooth. It’s tough to pick out any one thing. On a lesser pair of headphones, trumpets can stand out as grating – the kind of thing that makes me crease my eyes and turn the volume down. I was able to listen to the whole album at a good volume without cringing or adjusting the volume. 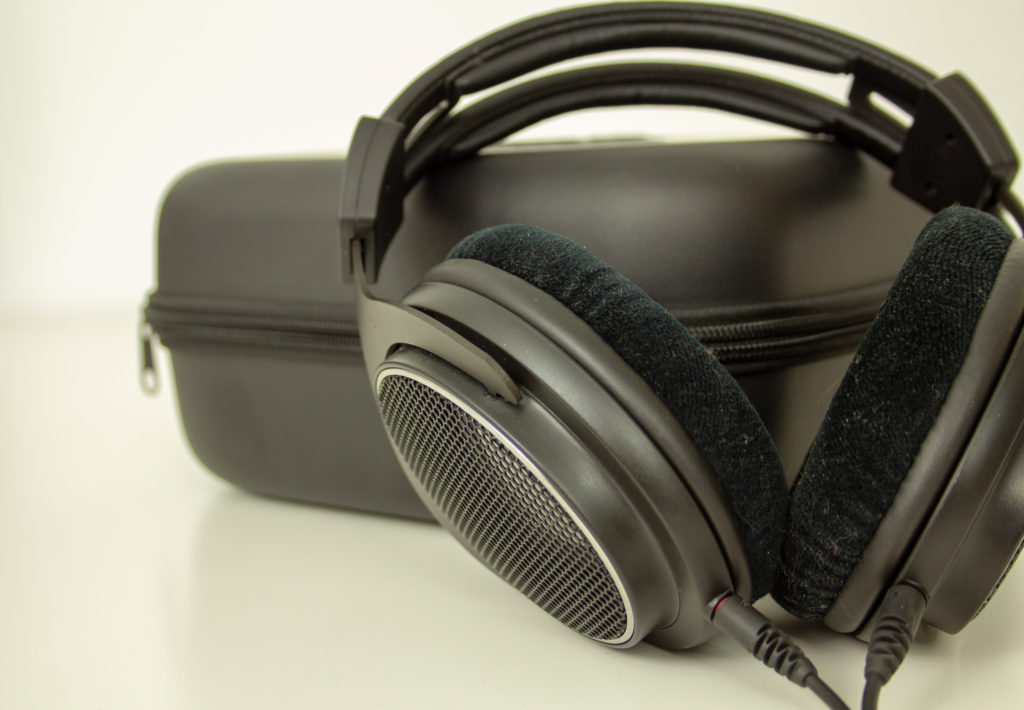 The SRH1840s are a hard sell at their $500 price point, and they’re not likely to sell to an everyday headphone user. They’re terrible for use outside the home the same way that you don’t sit around in a raincoat when you’re indoors. They’re meant for isolated listening and professional listening.

For that, the SRH1840s are a great choice. Shure is expecting someone who buys these to wear them all day. The light, open-back nature makes them feel almost non-existent. The headband isn’t a strain, either. The cord is long, easy to disconnect for transport, and easily user-replaced, as are the ear pads. Everything I listened to on them sounded great, from rap to rock to jazz to chiptunes.

The SRH1840s are expensive, but for the right audience, they’re going to make themselves an indispensable tool.

Disclaimer: We received these as a loaner unit from Shure and used them as primary office headphones for a month before writing this review.