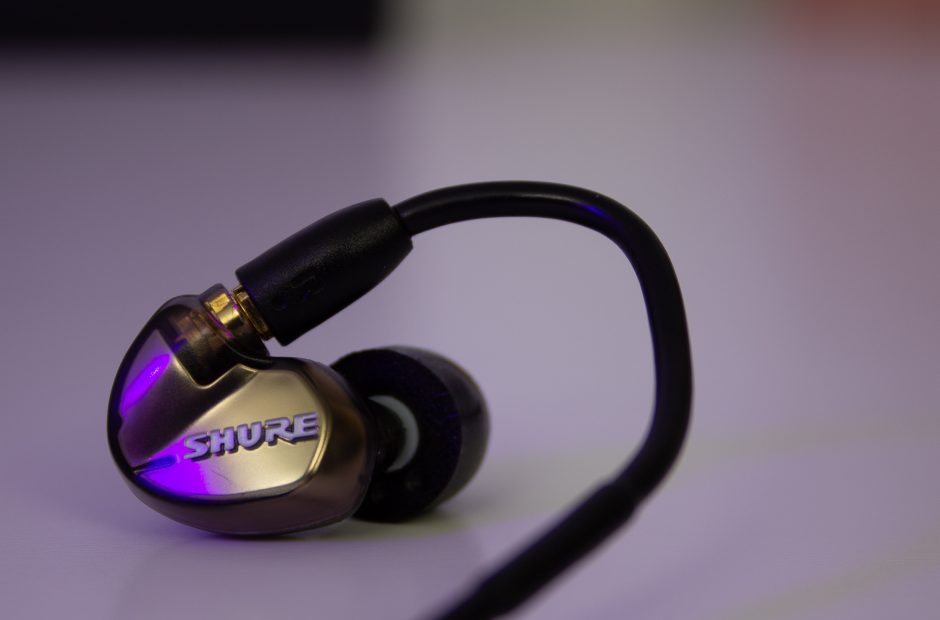 The 535s are the upper-middle end of Shure’s SE sound-isolating earbud line, which starts with the $90 SE112 and goes all the way up to the $999 SE846. Once I step past about $150 for a pair of headphones, we’re moving into territory where I’m going to get really critical not just of how a set of headphones sound but what their prospects are for the future.

The SE535s make a good case for themselves as a set of earbuds for now and for later thanks to unparalleled sound quality, sturdy build quality, and interchangeable parts. Buying hardware is like putting money into a bank where you get it back by using that piece of hardware, one day at a time. The hardware needs to pay that investment back, and the SE535s are already paying back that initial investment. 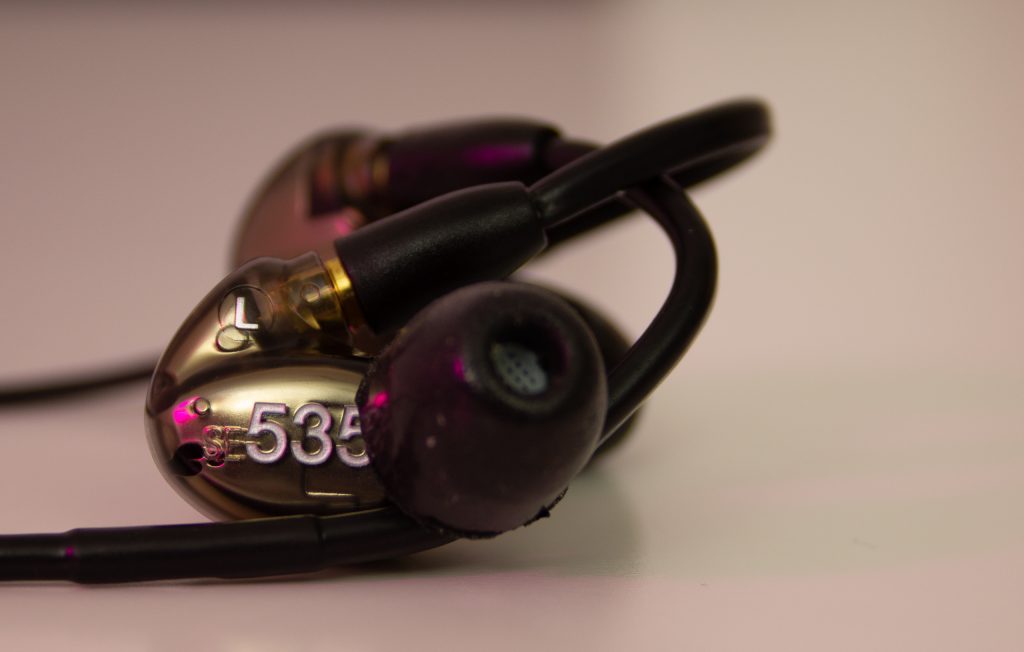 It’s a little weird to talk about the build and style of the SE535s. All of Shure’s SE earbuds use the same basic design, and they’ve been using this same design for nearly a decade. Whether you spend $99 or $899, Shure’s SE in-ear headphones have the same basic design: a little wad of plastic shaped to disappear into our ears, something only reinforced by the shapeable memory cable coming off of each monitor, which are designed to conform to the contour of the wearer’s ears and around the back of their head.

They’re good looking, and a far cry from the company’s early E1 earphones. Once in place they disappear, being stylish enough to not be ugly but not so overdesigned that they stand out.

One of my favorite features with all of Shure’s earbuds is the way they all use the same MMCX cord connectors, meaning that the cords and headphones are cross-compatible between models. The same $150 Bluetooth adapter will work with the $100 and $900 headphones, and you can keep different cords around for different use cases. They snap on firmly, taking just enough effort to remove that I’ve never felt like they were in any danger of disconnecting accidentally.

Another nice feature in the SE line is that they’re built like tanks. Tiny little tanks, sure, but tanks all the same. My Shure SE215s have been through hell and back and they still work after 7-plus years. I haven’t had the time or opportunity to put the 535s through the same brutal treatment, but I feel confident that they’re up to the task. With earbuds as expensive as the SE535s, durability isn’t just a plus, it’s an expectation. 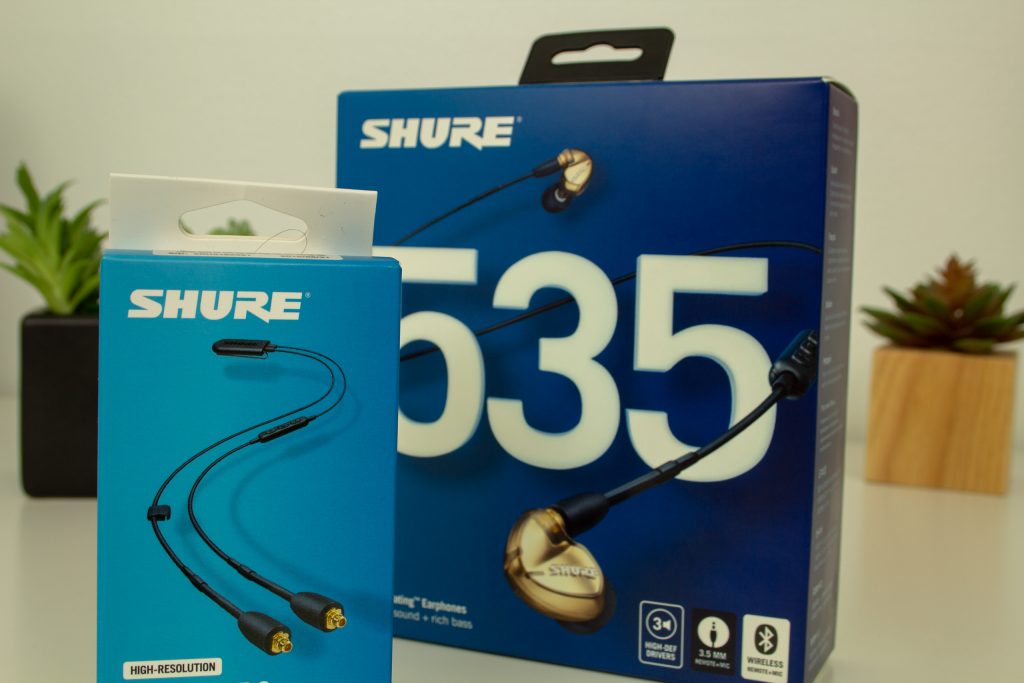 Again, it comes through just how flexible Shure wants these earbuds to be. Out of the box, the $500 SE535-V+BT1 comes with not just a standard 3.5mm input cable but, as the name suggests, the company’s first Bluetooth adapter. 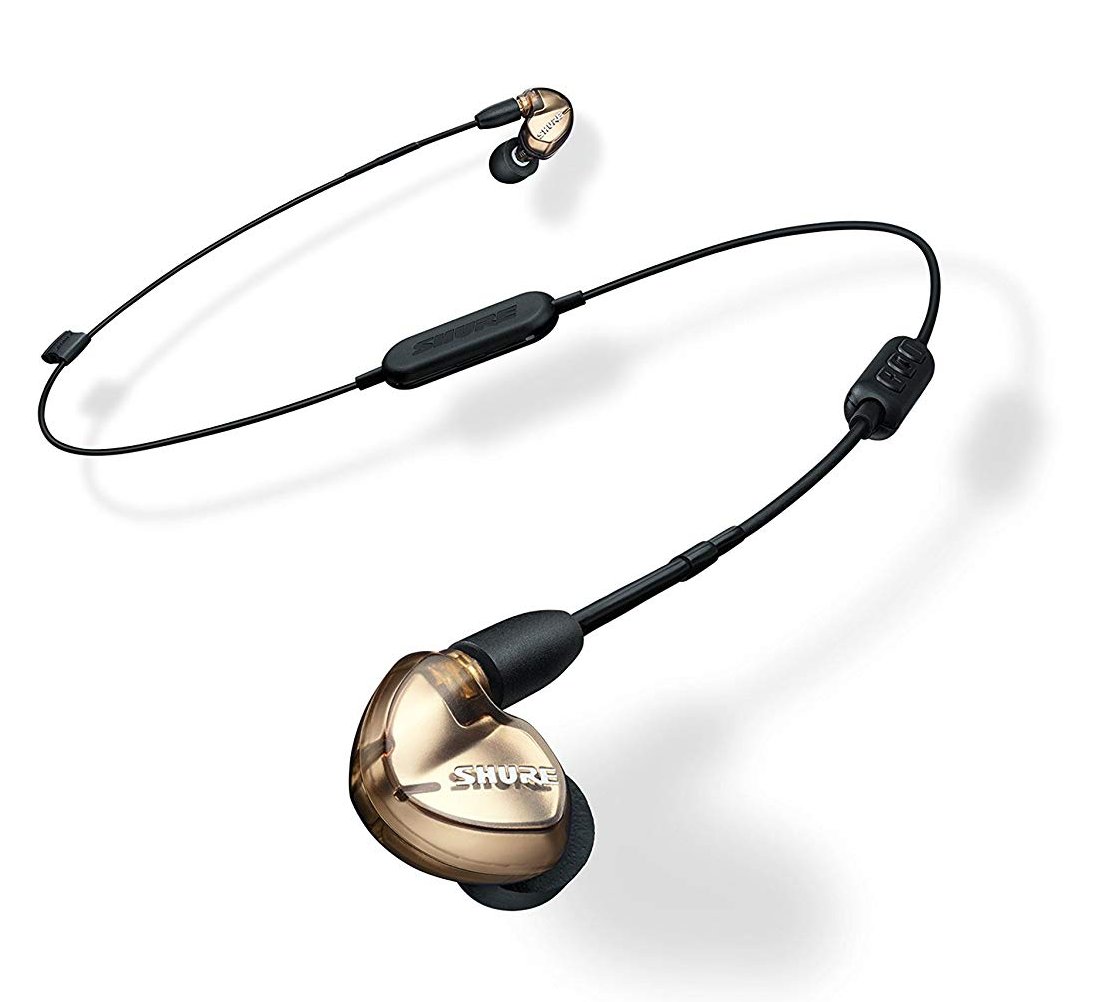 The cable does have one limitation worth mentioning, and that’s that it only features the SBC codec, while the replacement, the BT2 cable features not only SBC, but AAC, and the much higher quality aptX, aptX HD, and aptX Low Latency options as well. Which codecs you’ll be able to enjoy will depend somewhat on your audio-playing device and application, but at least with the BT2 connect, there are options. With these earbuds costing $500, having only SBC seems like a subpar offering, and it makes it hard to suggest listening to these wirelessly. If you’re paying this much for earbuds, you’re likely the type to care about such things. With that in mind, the BT1 connector does offer about 8 hours of battery life and at medium volume, the battery life is right up there.

I have absolutely no complaints about the way these headphones sound. I did most of my listening with Shure’s separate RMCE-BT2 connector and everything I threw at it sounds absolutely amazing. In Metallica’s “Of Wolf and Man,” I can hear the bass guitar that is so often drowned out in many other headphones. The guitars on Kyuss’ “Space Cadet” sound better here than in perhaps any set of earbuds I’ve ever tried. The bass is full and clear, while the strums of the different guitars are separate and clean. This is a track I frequently throw at audio devices to see the device can handle the deep bass of the guitars, and the SE535s performed admirably.

Toward the high and mid-end of things, NOFX’s live performance of “Linoleum” off of “I Heard They Suck Live” was once again clear and full. The vocals on the track were clearer than I’m used to. Turning the headphones up to full volume, they got louder than I would ever really want them, and even then the trumpets on Miles Davis’ “Blue in Green” were clear, undistorted, and enjoyable to listen to. They were just really loud. 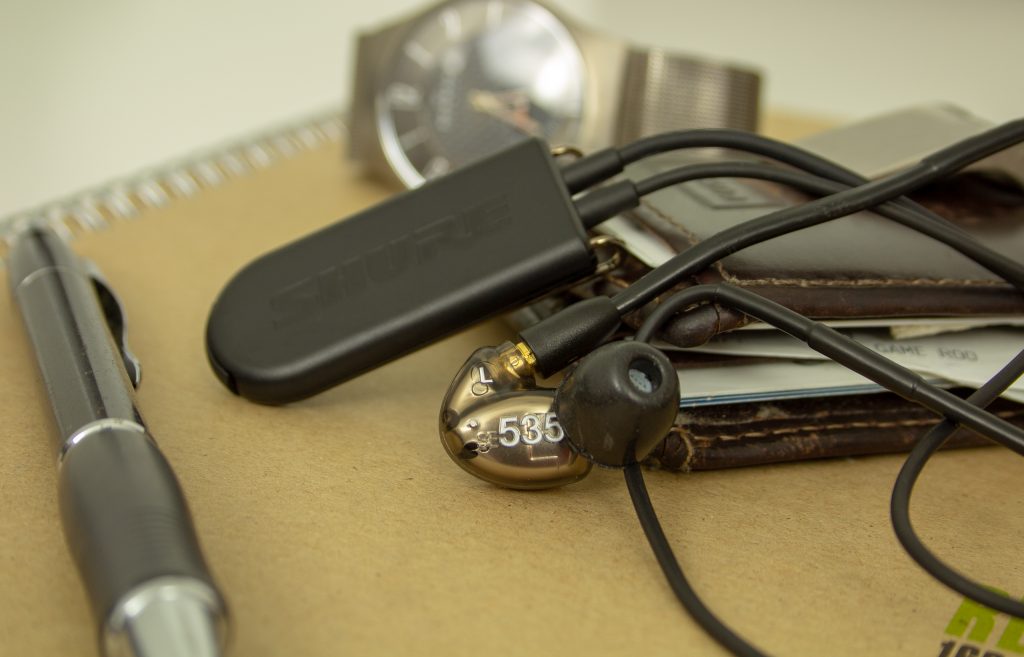 At $500, the SE535s are not for everyone. But I would also be willing, even more so than with other headphones, to call them an investment. My SE215s still sound good most of a decade later (the SE535s sound way better, of course), and the Bluetooth connectors have allowed me to bring these headphones up with me as I’ve upgraded to USB Type-C-only phone. Spending a pretty penny on these is going to be an investment that ensures extremely high-quality sound for a very long period of time. They should stand up to heavy abuse and daily use over a long period of time without sacrificing sound quality. The breakable, high-use parts of the headphones are replaceable, easily cleaned, and relatively cheap.

$500 is a lot. There’s no way around that. But it’s also probably the last money you’ll ever spend on earbuds for at least a solid decade, and that’s where these are really going to earn their price tag. That investment we talked about before? If these stand up to abuse the way my SE215s have – and I have no evidence to say they won’t – then they’ll end up paying dividends. They’re already great,

Disclaimer: We received a review unit from Shure and listened to them daily for four months using the RMCE-BT2 Bluetooth adapter, included BT1 adapter, and 3.5mm jack.