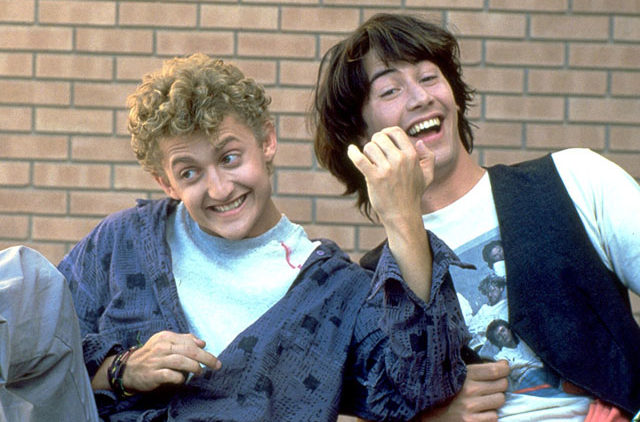 On Wednesday Keeanu Reeves and Alex Winter took to Twitter to announce that not only does a third Bill & Ted film have a name, but it also has a release date.

The world is about to get a lot more excellent. Watch this special announcement from your two favorite dudes! 8.21.20 🎸⚡️ pic.twitter.com/miOtBhinlC

Bill & Ted Face the Music is scheduled to hit theaters on August 21, 2020. Filming is said to be taking place this summer, and that is all that is known at this time. No indication as to the plot or if we will see any other characters return. Of course, sadly, George Carlin has passed away, but there is always a chance the princesses or the Reaper could return.

Through both of the first two movies we were told that Bill & Ted were destined to unite the world through their music, but something tells us that has yet to happen.