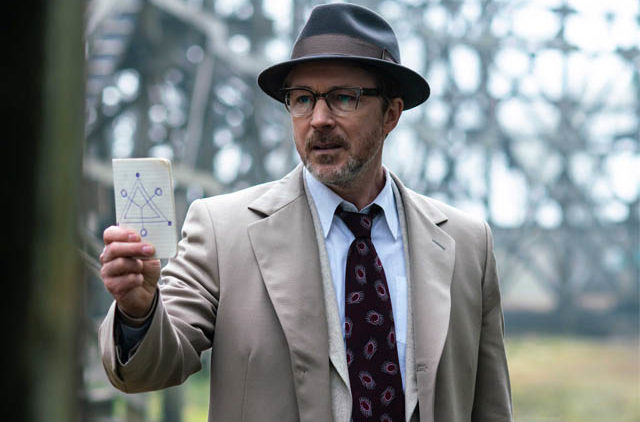 History Channel’s Project Blue Book is coming home to DVD and Blu-ray with all 10 episodes of its first season. We sat down with the Blu-ray set to give it a watch, and it’s a show and a Blu-ray at odds with itself.

Executive produced by Robert Zemeckis, Project Blue Book tells the story of Dr. J. Allen Hynek (Aidan Gillen) and Captain Michael Quinn (Michael Malarkey) and their work on the early days of the government’s work on the project of the same name. The real-life operation ran from 1952 to 1969 and studied public reports of Unidentified Flying Objects (U.F.O.s).

The series kicks off each episode with real-life reports of U.F.O.s or paranormal phenomenon and then builds upon that to frame a narrative of government intrigue, Russian spies, and shadowy men in fedoras. Essentially it’s an odd cross between a wannabe X-Files and The Americans.

If that sounds a lot, that’s because it is. And it leads to situations where things are just conveniently written away. Take for instance, in episode 3 – “The Lubbock Lights” – Hynek and Quinn encounter neighbors angry that government men have shown up on their street again, the same thing that happened before the last power outage. The neighbors threaten Hynek and Quinn with physical violence, and tempers flare. The street lights go out – the very thing the neighbors feared happening – and the episode cuts to commercial. When we come back the two lead characters are in a car driving on a country road to investigate the lights with no sense of how they got away from the neighbors. These were visibly angry people who want to do these two men harm, but we’re to believe when the lights went out they were able to just walk away without so much as scuffing of their shoes?

This is but one example of the series seemingly trying to cram too much into every episode. It wants to appeal to sci-fi fans, intrigue fans, conspiracy theorists, and everyone in-between. There’s even a possible lesbian relationship with a Russian spy layered in there just in case any of the other storylines didn’t catch you.

In the exact opposite direction, where the series wants to be everything to everyone, the Blu-ray is about as basic as it can get. All 10 episodes are on one Blu-ray disc and there are no extras of any type included. It is essentially a content conveyance and that is the extent of it. It seems difficult to believe there was nothing that could be included such as cast interviews, commercials, or really anything.

With the amount of content coming at us in this day and age, it’s not easy to recommend this set. Perhaps if you find it on a deep discount at some point and you are really in the mood for something in the vein of X-Files it might be worth checking out, but even then you might be better served by rewatching something else. 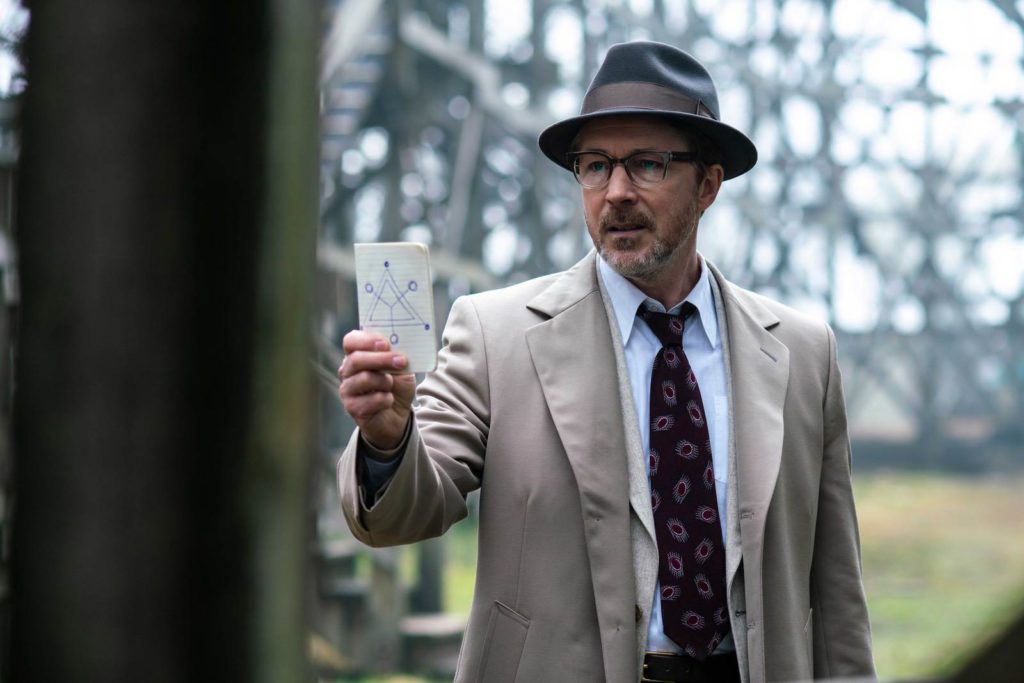 From Academy Award® winner Robert Zemeckis, Project Blue Book is inspired by the real-life experiences of Dr. J. Allen Hynek (Aidan Gillen). A brilliant college professor, Hynek is recruited by the U.S. Air Force to spearhead a clandestine operation, code-named Project Blue Book, which investigates UFO sightings and alleged extraterrestrial encounters. Each episode draws from those actual case files, blending UFO theories with authentic historical events from one of the most mysterious eras in United States history. Throughout the season, documented occurrences will be explored, including the Gorman Dogfight of Fargo, North Dakota; the Flatwoods Monster incident of Flatwoods, West Virginia; and the Lubbock Lights of Lubbock, Texas, as well as many others. Project Blue Book ultimately investigated more than 12,000 UFO cases, over 700 of which remain unsolved to this day. By delving into the origins of fake news, espionage, and government cover-ups, Project Blue Book: Season 1straddles the world of science and the exploration of the unknown, exposing an incredible mystery that continues to persist.

The Blu-ray copy has a suggested retail price of $29.99 and includes digital copies. The DVD set will sell for $24.98.

DISCLAIMER: We were provided with a copy on Blu-ray for the purposes of this review. We watched all 10 episodes before beginning the review.