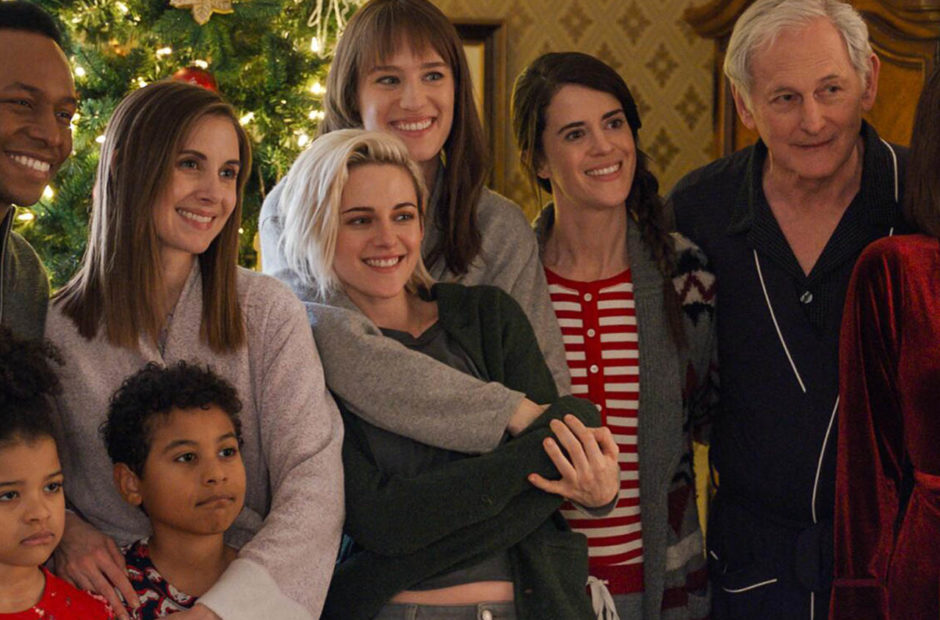 Perhaps those of us who come from small families should be thankful. It sometimes feels like that anyone from a large family ends up having a miserable Christmas as everyone attempts to capture all-new, perfect memories.

We’ve seen the scenario of, “Lets go home for Christmas!” and everything goes wrong more times than I can count. But Happiest Season, despite the well-trod path it takes, succeeds. From engaging performances to a visually impressive turn by second-time director DuVall, you end up with a heart-warming story of acceptance, the meaning of love in its many forms, and the meaning of ‘family’ can take many odd turns.

While Happiest Season delivers many familiar scenes of a Christmas comedy, it continually found new ways to address them. For instance, the sibling rivalry between Harper (Mackenzie Davis) and Sloane (Alison Brie) gets taken to cartoonish levels of absurd levels of physicality, and it works. You are well aware that was is happening wouldn’t ever happen in real life, but it’s just too funny to care.

And while there are many laugh-out-loud moments in the film, at its core is a story of the difficulties of revealing secrets to your family and how they can hurt those around you. While Harper’s secret – that she’s in a relationship with Abby (Kristen Stewart) – has been at the core of marketing, there is another secret that another family member has that we don’t want to spoil. Just suffice to say, the film does a good job of showing every form of secret can be painful, and it pays to be honest with yourself as well as those you love.

Happiest Season won’t set the world on its ear, but if you’re looking for something new to watch this holiday season, you won’t be disappointed.