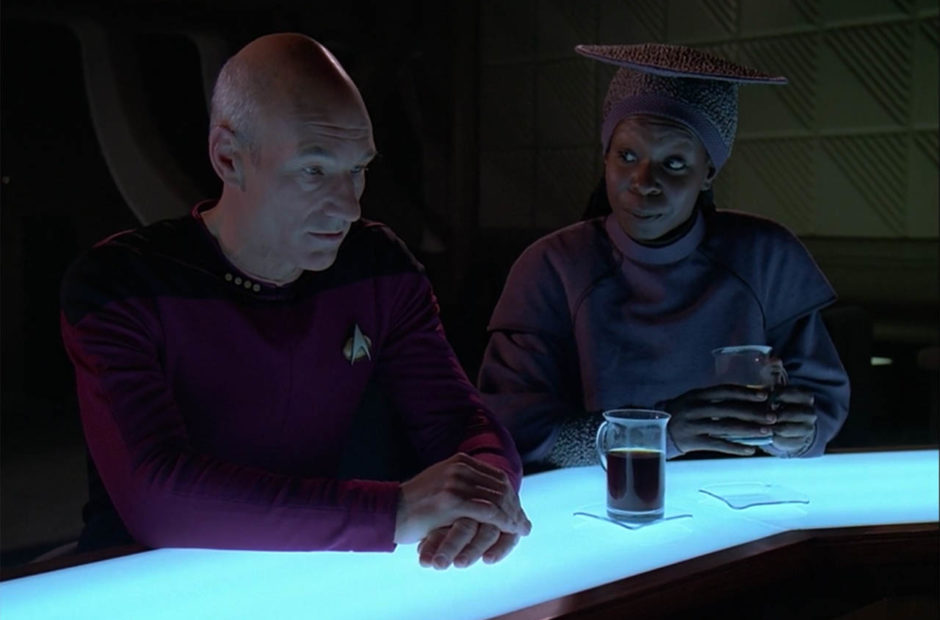 Patrick Stewart is out promoting Star Trek: Picard, and that involved stopping by The View. The talk show is moderated by his former castmate Whoopi Goldberg, and it seems that he had a question for her as long as he was there.

Goldberg portrayed Guinan, a member of the El-Aurian race, from the second to sixth seasons of Star Trek: The Next Generation and into the films. She served as the bartender in the Enterprise‘s lounge, Ten Forward. As with most bartenders, she served as a sounding board for the crew, and her age also led her to hold a great amount of wisdom.

.@SirPatStew officially invites @WhoopiGoldberg to join season two of #StarTrekPicard: “It was wonderful having you, and we cannot wait to have you with us again one more time.” https://t.co/f8u2wbJuik #StarTrek pic.twitter.com/mxOtyJxF63

“I’m here with a formal invitation, and it’s for you, Whoopi,” said the 79-year-old Stewart. “Alex Kurtzman, who is the senior executive producer of Star Trek: Picard, and all his colleagues, of which I am one, want to invite you into the second season.”

A visibly shocked Goldberg embraced Stewart as the audience cheered, but the actress had still yet to say she would. She finally audibly said “yes” with a tremor in her voice.

Having taken her seat, and regaining her composure a bit, a visibly touched Goldberg said, “I’ve said this on the show before, but Star Trek was one of the great experiences, from the beginning to the end.” Choking up again, she added, “I had the best, best, best time ever.”

Star Trek: Picard will premiere this week, but has already been renewed for season 2.