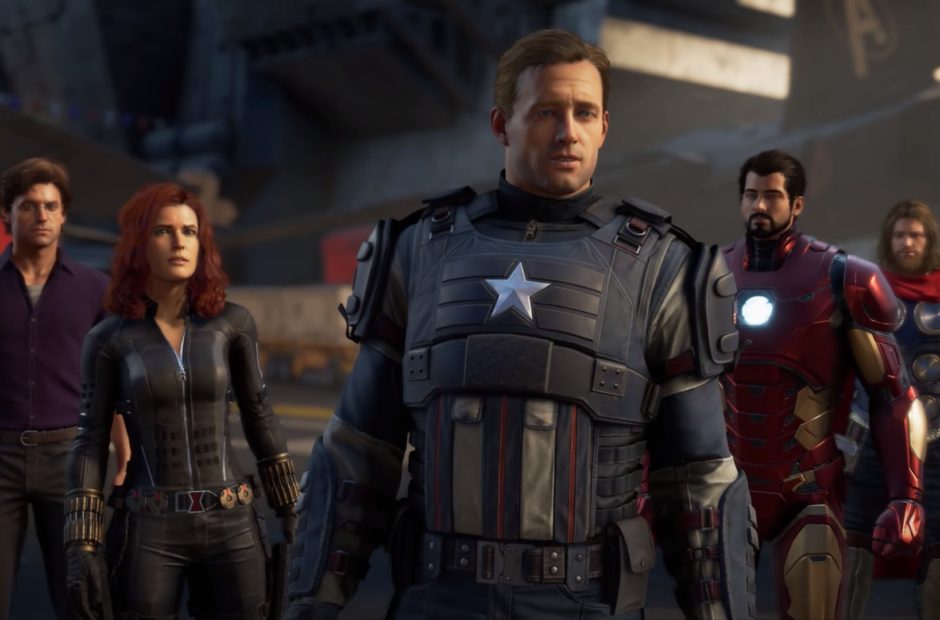 More than anything else, it was the look of the world’s greatest superhero team. In short, they look like a bunch of nobodies. 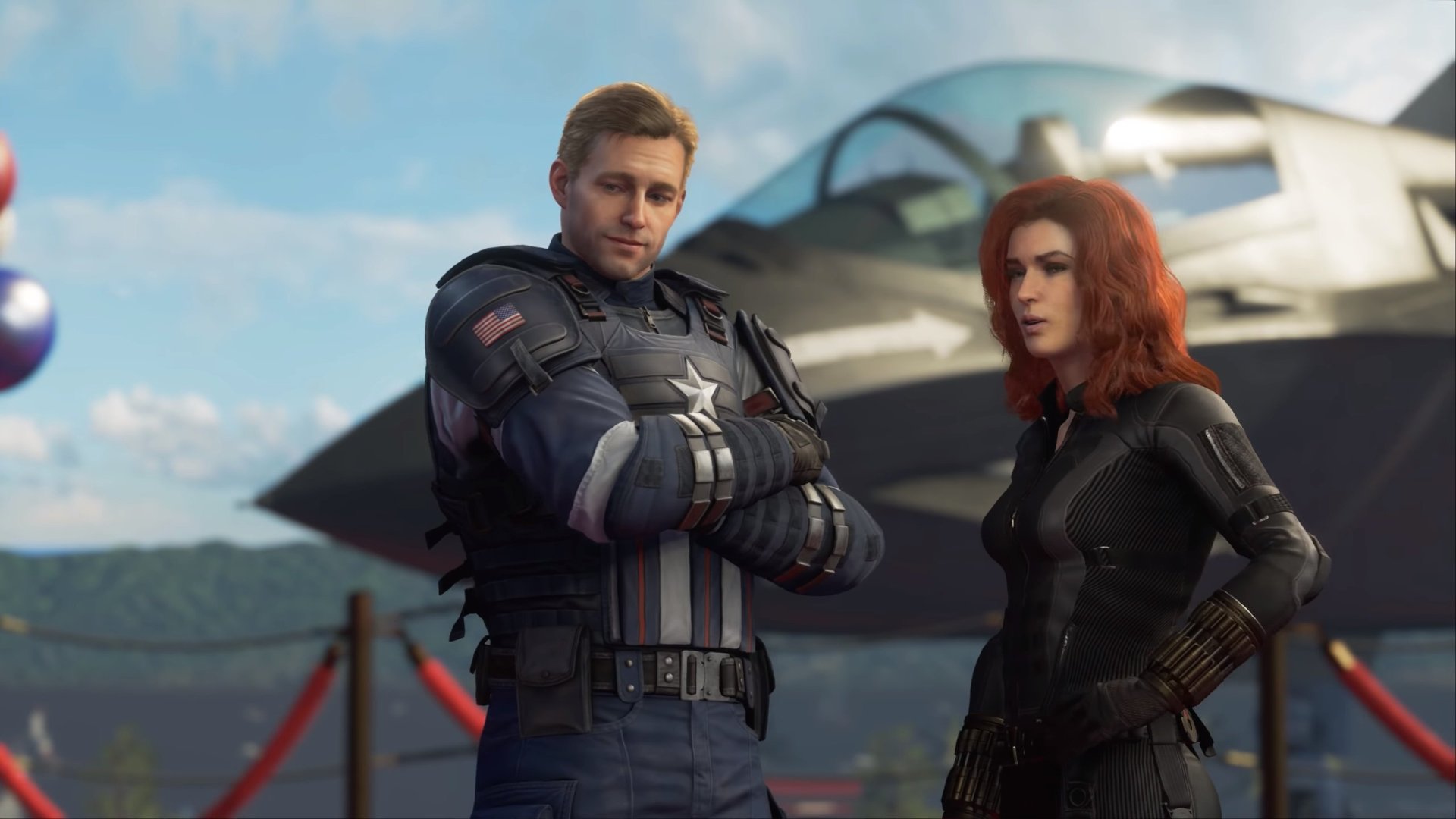 But why do they look so strange?

It’s easy to forget what a monster of a task Kevin Feige and the string pullers at Marvel Studios had in casting the Avengers. Marvel comic artists did some of the work for them, intentionally making Nick Fury look almost exactly like Samuel L. Jackson, but it was a tough task; and yet somehow they managed to find the right faces for these characters to come to life and feel right. They had to look out into the real world and find actors that could look like and embody the character.

Crystal Dynamics’ task was, depending on your perspective, either way easier or way harder. The studio making Marvel’s Avengers didn’t have to base their Avengers on any real human faces – they could make them look like anyone. But the character designers at Crystal have to contend with decades of comics and 10 years of absurdly successful films, and the impressions those have left on fans and on their expectations. Maybe it’s a little bit of both – too much pressure and too few constraints. 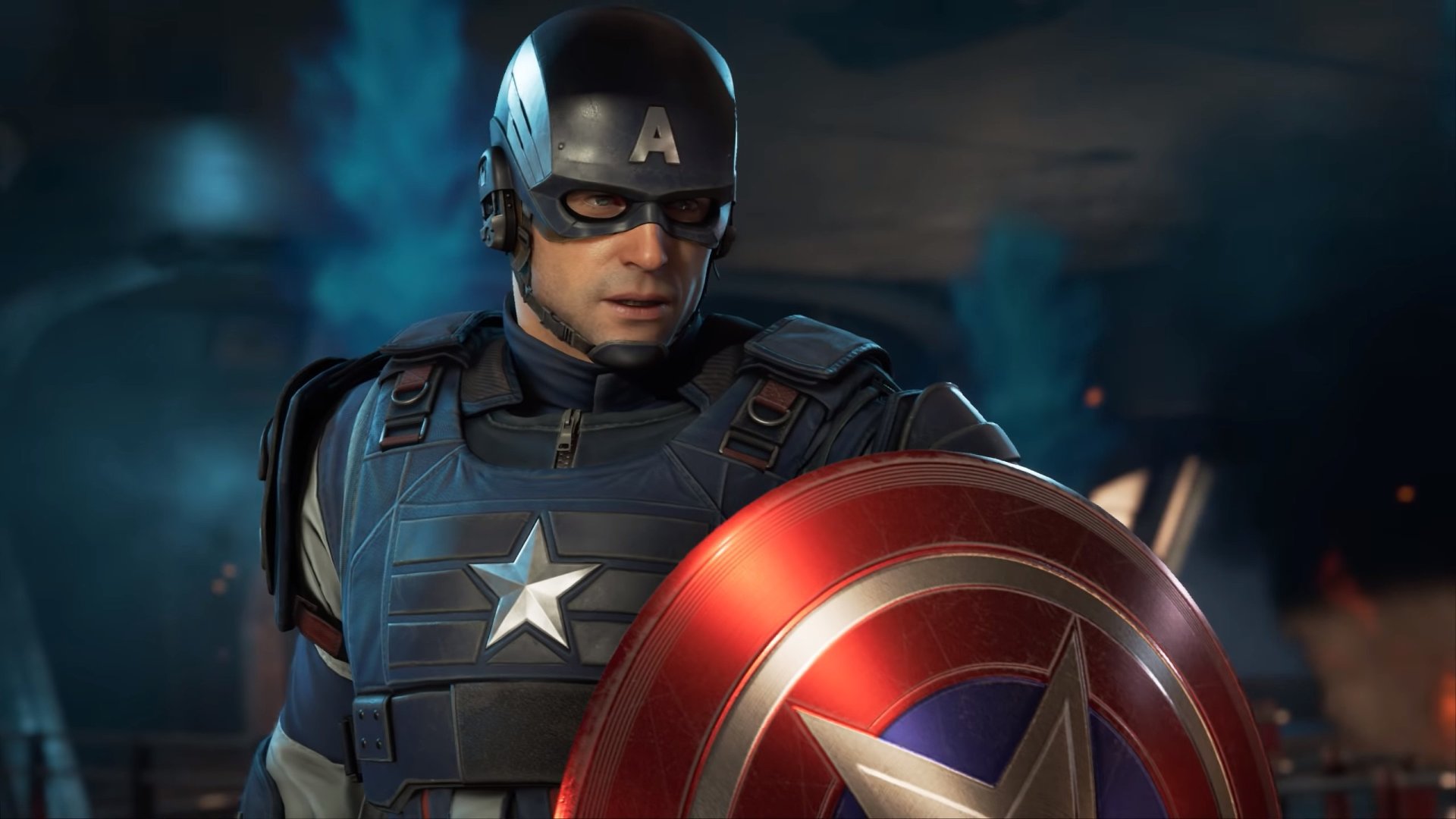 The end result stinks of ‘design by committee.’ A character design made to satisfy many but informed by the vision of none. They’re unremarkable and they don’t look like heroes. This sticks out especially with Steve Rogers. He doesn’t have the posture of even a regular soldier, let alone the best one. The bland riot-gear armor doesn’t help much, either. Add a mustache on, and he’d be a cop.

A lot of it boils down to the facial expressions and the digital ‘acting’ of these characters. That is to say, they don’t act well. And that’s not a condemnation of the voice actors, some of whom have proven themselves capable of tugging tears out of my eyes or who have almost single-handedly held major game franchises on their shoulders. This is strictly talking about the characters themselves.

I think about Chris Evans’ portrayal of Captain America, and about how he seemed to carry this weight with him. Whether he was laughing or shouting commands or admiring his own past-selves’ butt, he carried himself like Captain America. There was a feeling of self assurance to his demeanor. This guy playing Captain America, this totally fictional human, modeled from scratch, doesn’t carry himself like a symbol of American ingenuity, strength and freedom. 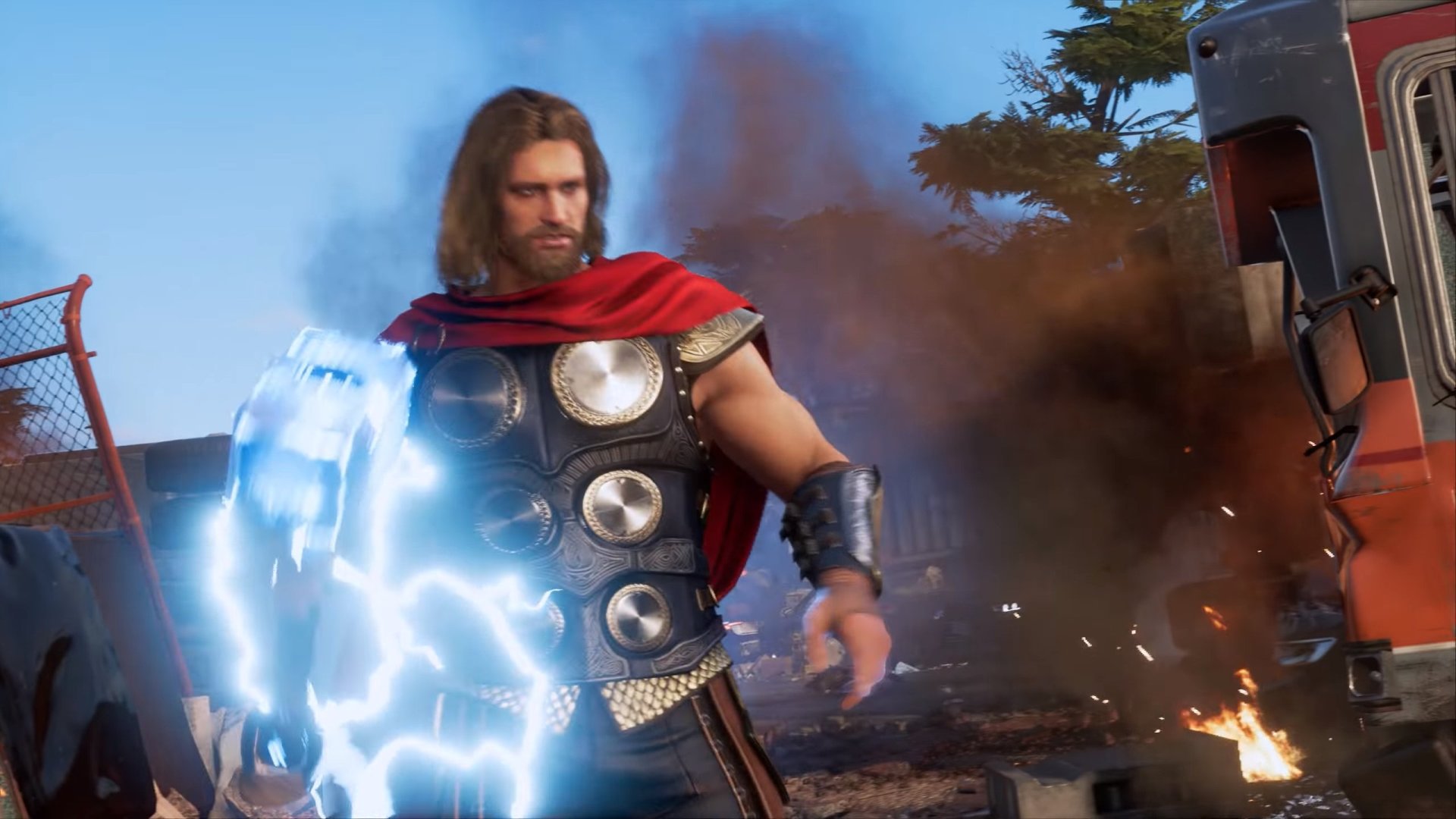 It’s complicated, though. There is no single hand guiding the Marvel video games the way there has been the movies. It feels like there are probably executives at Crystal, at Square Enix, and at Marvel giving the designers notes. “He looks too Chris Evans-y.” “He doesn’t look Chris Evans-y enough.” It also stands to reason that there was probably a mandate to go with photorealistic characters rather than stylized ones so that the characters would seem more like their MCU selves and less like “comic book characters,” which are for kids, and not adults (in the minds of some people). 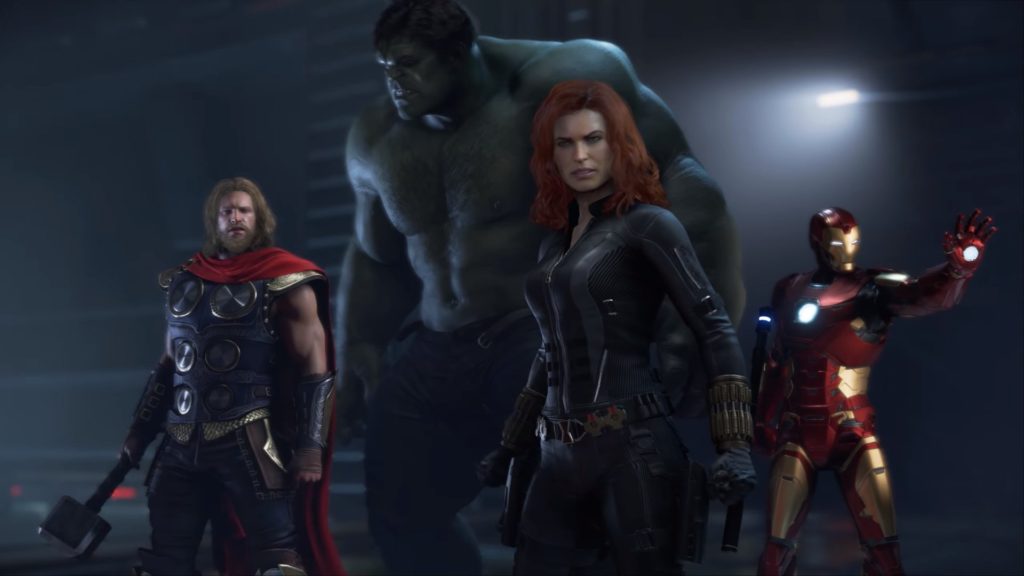 There’s also the matter of Marvel Ultimate Alliance 3. Set to release this summer, MUA3 brings in all of these characters and more into a single game, and that game is using heavily stylized, almost cartoonish art. It’s bright, colorful, and iconic. And going too stylish could make for a confusing proposition for consumers, who might not understand the difference between the two games. 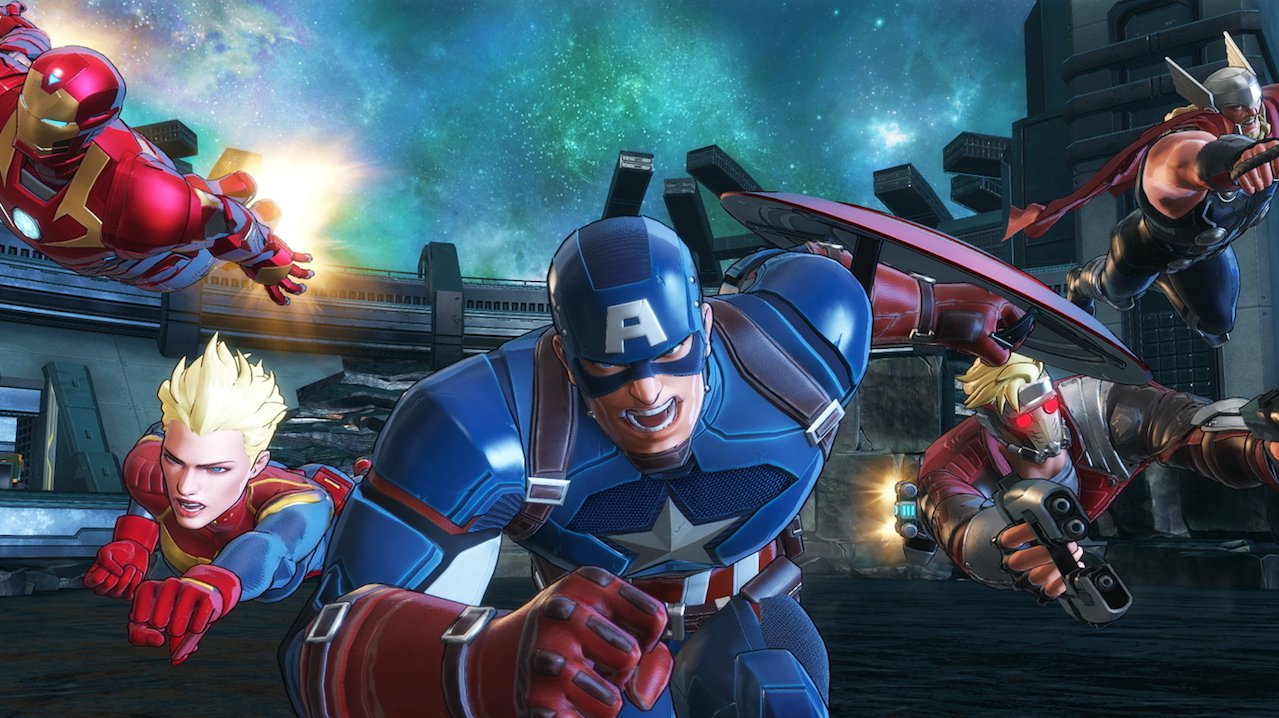 And then there’s the uncanny valley. In many of these images, still or in motion, these characters reek of the valley. In the title shot, they look as if they were dropped into the shot without being posed or emoting. This is tough, but we’ve seen games get better and better at it. Joel or Ellie in The Last of Us. BJ in Wolfenstein. Lara in Tomb Raider (created in her most recent incarnation by Crystal Dynamics!). Kassandra in Assassin’s Creed Odyssey. Kratos in God of War. All these characters are photorealistic and yet they don’t ping that icky uncanny valley feeling.

I’ve seen people point out that we don’t have this problem with Spider-Man on PS4, but Spidey has a head start there. Look, for example, at the difference between Tony Stark and Iron Man here, or Bruce Banner and the Hulk. Even Captain America is less difficult to look at once that chinstrap clicks into place – even if I still don’t like the riot-cop looking armor he’s sporting. 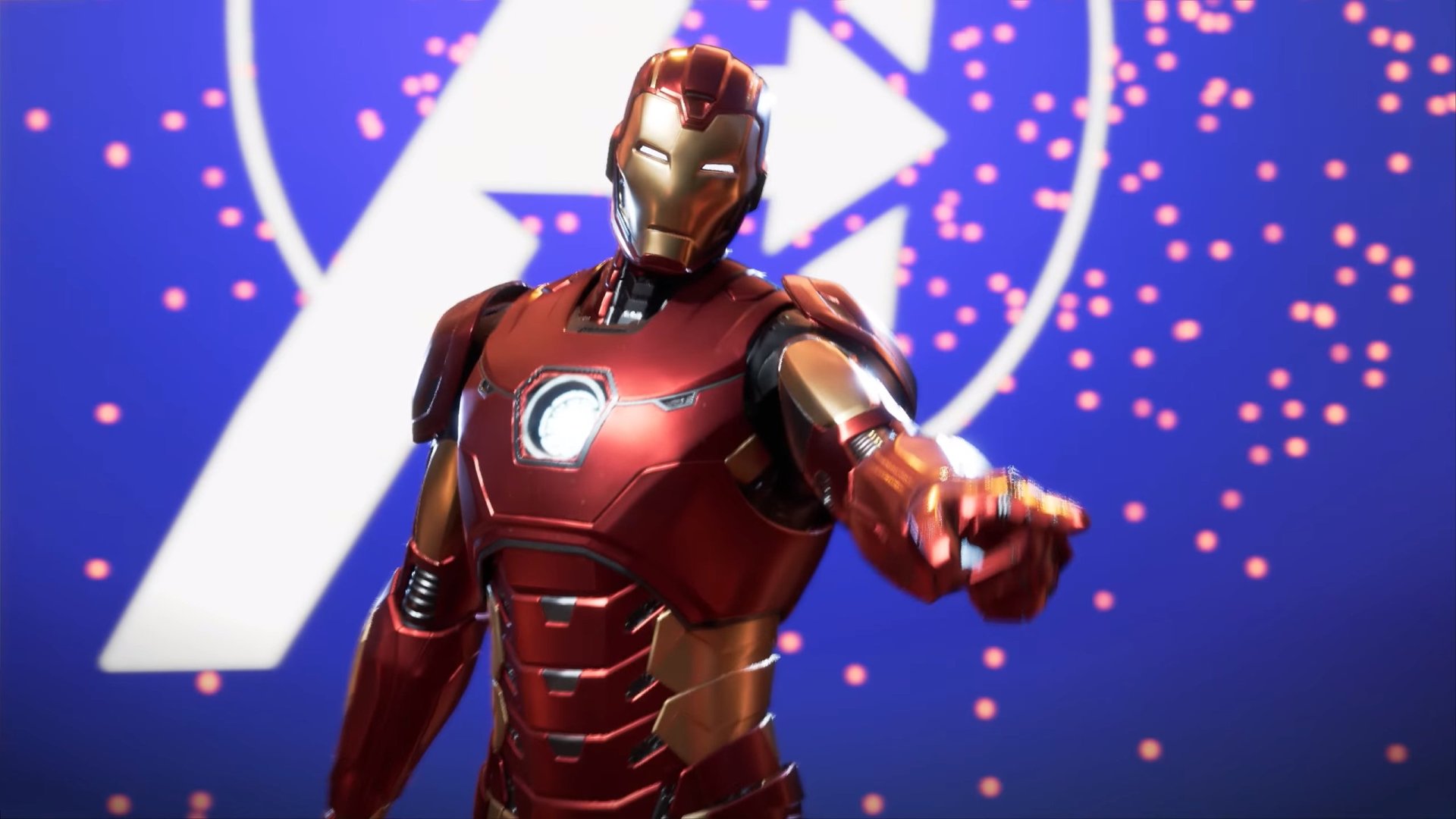 At the very least, this all points to a mistake in the big reveal. With Spider-Man, we didn’t see Peter Parker’s face until well after we’d gotten excited about how authentic Spider-Man the superhero looked. By that time, we already had this confidence that a good game was on the way. With Avengers, we got the faces first – and then no gameplay. It was in-game footage, and there might’ve been a few frames here and there, but we have no idea how this game works or what we’ll be doing.

Someone recently suggested that we start playing games the moment we hear about them, but we have nothing to play with in our heads for Avengers. It’s a Destiny-style “service” game, it’ll get updates. It has a narrative focus. But none of that tells us what we’ll do, how we’ll do it, how fun it will be to do it. Insomniac sold Spider-Man by showing us gameplay as absolutely soon as possible.

I actually enjoy seeing CG cinematic trailers at E3 as much as I like seeing gameplay, but here the Crystal Dynamics team may have underestimated the power gameplay could have to sell us on the idea of the Avengers game over showing us some faces we’ve never seen.

Right now, it mostly feels like these characters have reset the bonds I built up in the MCU. I don’t care about any of these bored dads. The usual caveats are worth noting here; this is a reveal trailer, not the proper game. We have almost a year until the game comes out, and a lot can happen in the polishing phase of game creation. There’s also the chance that 10 or 20 hours with these characters will help create the bond needed to look at their faces and feel something. It took me longer to bond with Peter Parker than it did with to bond with Spider-Man last year, but I was fully invested by the time the credits rolled. This initial reveal, though, is concerning and shows that Crystal Dynamics has a lot of work left to do.