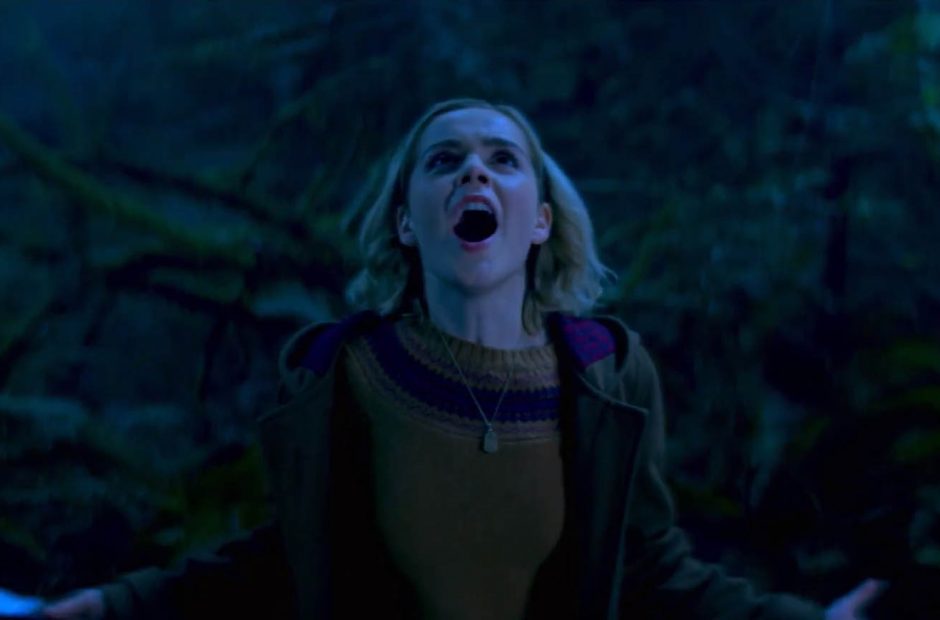 The Chilling Adventures of Sabrina debuted on Netflix on Friday, and we hope you enjoyed it because the second season is already in production.

Speaking with Bloody Disgusting, titular star Kiernan Shipka revealed that the series went directly into filming season 2. “We went straight into the second season from the first and it’s been really so exceptionally fun to film, especially given the fact that I feel like we’re already in such a rhythm from coming out of the first season that to jump right into the second one was really, really fun and just a great opportunity to keep the momentum going,” said Shipka. “We definitely… Sabrina definitely changes and shifts a lot. Her growth is very evident and the second season definitely has a different spin on it than the first season. They’re very different from each other,” she added.

“I would just say that, without giving too much away, because it would be a bit of a spoiler, the way that Sabrina’s life takes certain turns and certain decisions she makes inform the second season,” Shipka said. “The finale of the first season sets up a lot. It goes in a different direction. We see more different characters. It deals with a different side of things.”

Netflix had already announced that there would be a second season, but there had been no indication of when it would be filming. This certainly seems to imply we won’t have to wait an entire year for the second season, but doesn’t it kind of feel like the series belongs in October?

We’ll just have to wait and see.

The first season of Chilling Adventures of Sabrina is currently streaming on Netflix.