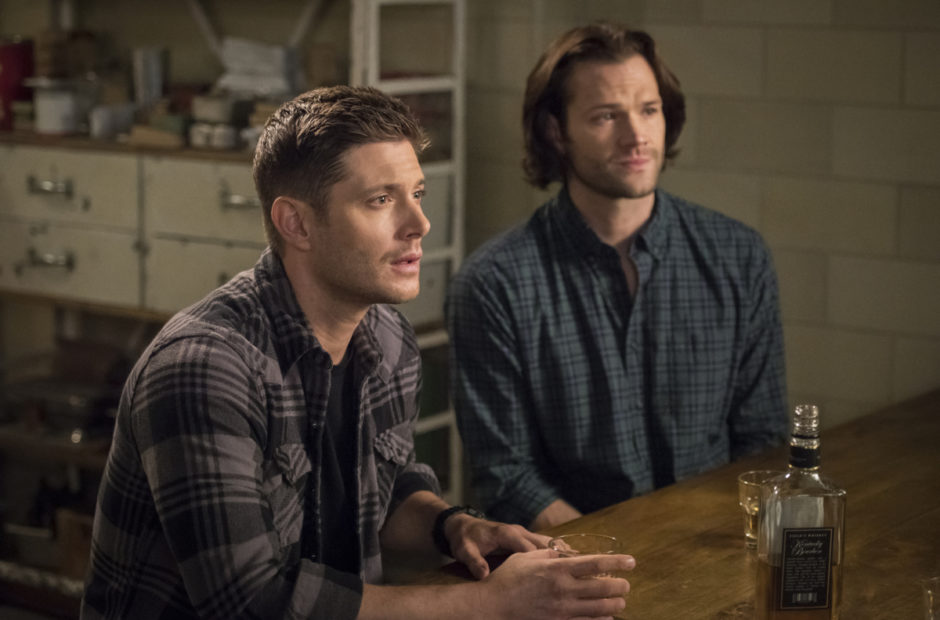 The upcoming season of television, beginning this fall, marks the end of some of the longest running shows – especially for the CW, which is losing two of its biggest shows in the next year. Oliver Queen will draw his last bowstring in Arrow this fall, and the Brothers Winchester will finish their quest into the Supernatural. That leaves a big two-hour gap in the CW’s programming and knocks out two of its top five shows.

At first glance, it looks like the end of an era; Arrow has been running since 2012 and Supernatural since way back in 2005. Before the network started to lean harder on its extremely nerdy fanbase, the network was seen as a destination for teen and young adult drama like One Tree Hill, Gossip Girl, and Gilmore Girls. Shows like Smallville leaned toward the nerdier side, but were ultimately teen dramas. Supernatural was the beginning of the network’s push for programming directed at fandom, and Arrow was the network’s unlikely leap into the world of comic-book TV that Smallville never ended up being.

Now, at seasons 15 and 8, Supernatural and Arrow are ending. But this isn’t the end of an era so much as it is the beginning of a new one.

The CW isn’t a one or two-show channel anymore, and it almost feels like Supernatural and Arrow are stepping down to make room for the new kids. 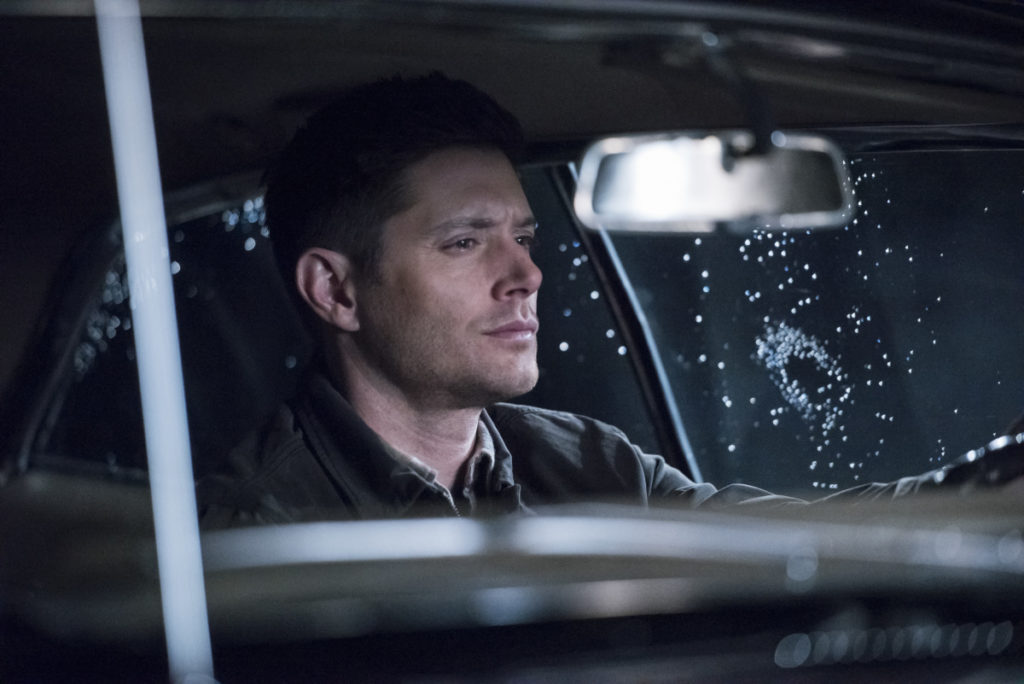 Most shows end in cancellation. They’re attempts by studio execs to capture our attention for a few minutes to get us to watch ads, and they’re always looking to see what sticks. Most stuff falls off the wall like so much pasta.

Supernatural and Arrow stuck. They stuck and picked up fandoms along the way. And now, the shows aren’t being cancelled, but rather are ending. Arrow is going out with an especially big bang. The show will have a very short eighth season of only 10 episodes – less than half the usual run for a season – and will end during the CW’s annual DC Crossover event. Based on the events of 2018’s Elseworlds crossover, fans and critics alike are pretty sure that Oliver Queen is going to die during 2019’s Crisis on Infinite Earths crossover. It’s a dramatic, artistic ending for a character that almost accidentally spawned an entire television universe.

I’ll admit that I know less about Supernatural. But I know that Jared Padalecki and Jensen Ackles have been playing the Sam and Dean for so long that people who were infants during season 1 are now prepping for their learners’ permits, and they’ve chosen to end the show. It’s happening on their terms, rather than being chopped off on a finale cliffhanger.

As these two shows end, we’re left with a heck of a TV line-up. On the pure comics side, we have the network’s most popular show The Flash, along with Legends of Tomorrow, Supergirl, and Black Lightning. Coming this fall – depending on how the pilot goes – Batwoman will join the network ensuring that there’s at least one brooding vigilante at all times. It’s hard to tell how much life each of these shows has left, but Flash and Supergirl are still in the top 5, so it’s likely that the CW DC universe isn’t going anywhere.

Leaning toward the teen side of things, Riverdale is still going strong, in its third season – even if I’m not sure how many more of Veronica’s smug looks I can take before I give up on the show. And then shows like Roswell, Charmed, and Legacies are already working to fill the void left by Vampire Diaries and the upcoming void of Supernatural. 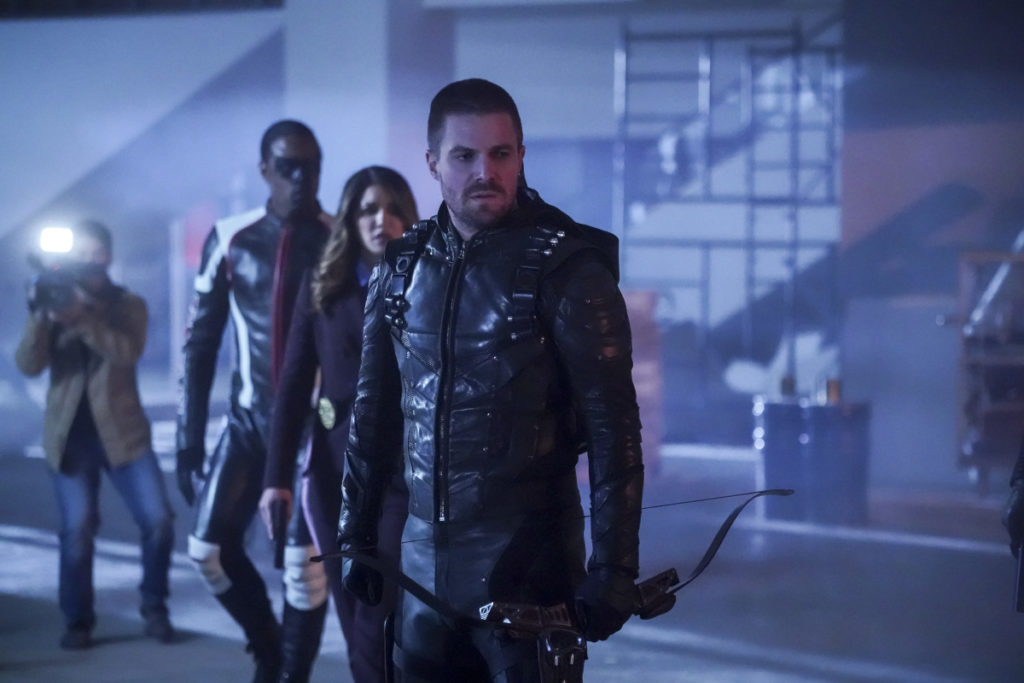 The CW has a full complement of shows that seem to have committed fanbases.

Now is the perfect time for Arrow and Supernatural to end, because the CW doesn’t need them like it once did. There’s time to find the next breakout hit. That might be Batwoman or another DC show. Now that Superman has shown up a few times on the network and Batman has been mentioned, fans are clamoring for live-action takes on the World’s Finest. Riverdale has another spinoff in the works in Katy Keene, though I’m less confident in that one working out for the network. I expect Grant Gustin and Melissa Benoist to take over for Stephen Amell as the faces of the network, though I’d love to see the cast of Black Lightning get more attention in that vein, too. And it’s anybody’s guess how Batwoman will do.

When it comes to broadcast television, CW is the channel my TV stays on. I catch my favorite NBC shows on Hulu – CW is the only thing I catch live and it’s because the network has developed an excellent stable of shows. The Flash and his Super Friends bring color and excitement to the network. Riverdale is still one of the best-looking shows on TV. I can’t wait to see what the CW brings to the screen next.