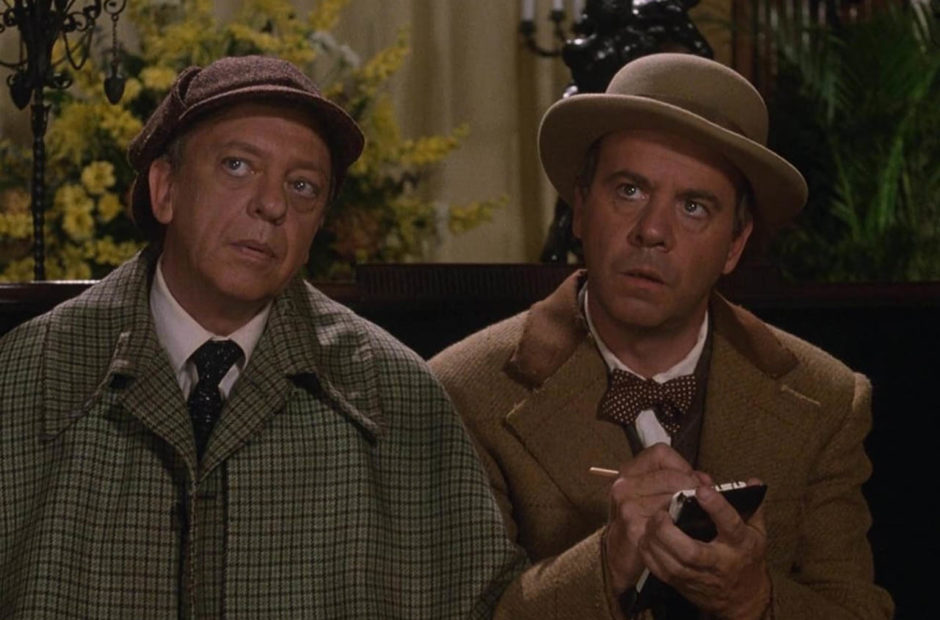 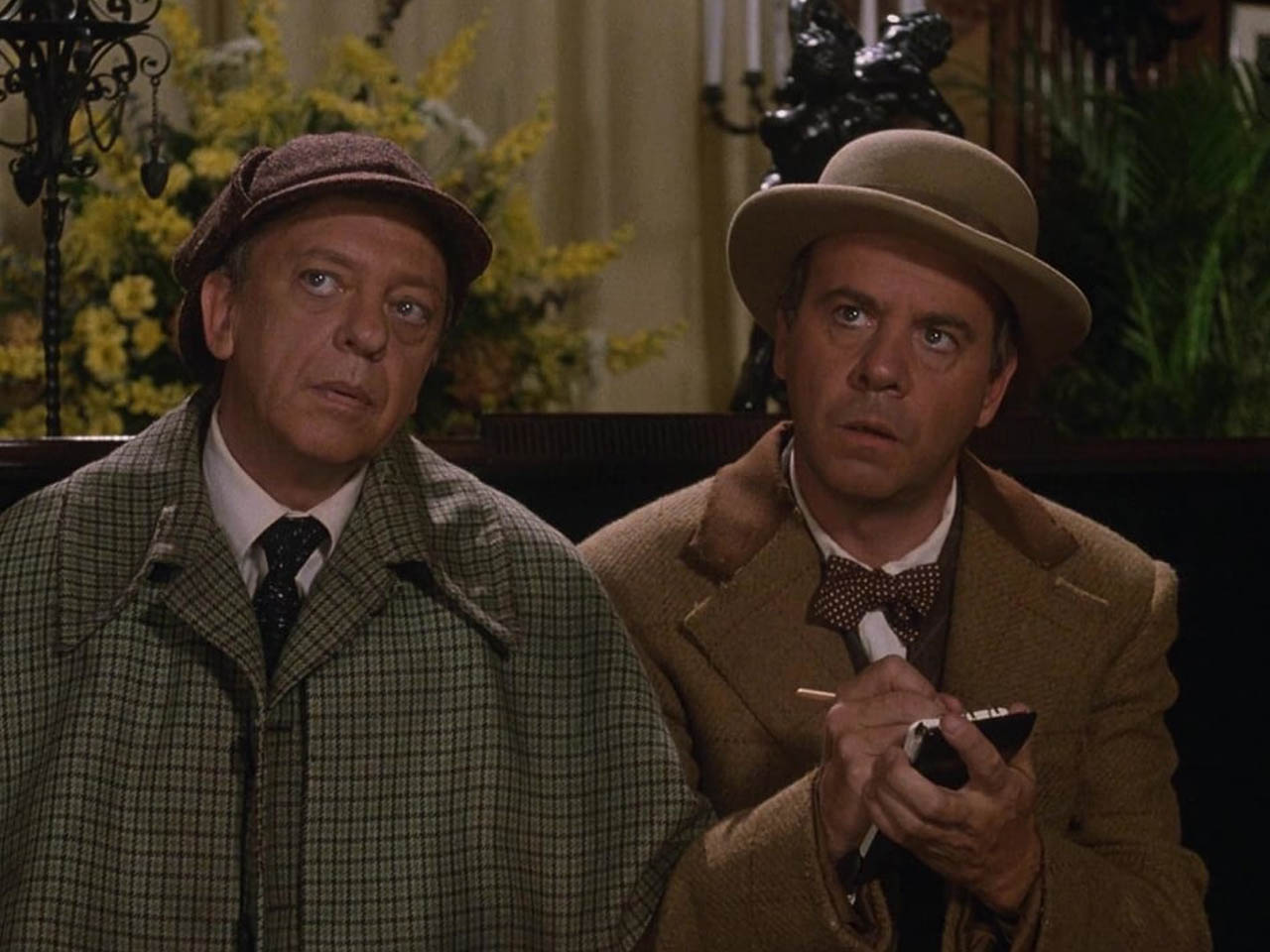 Imagine if you made a move in the vein of a Scooby-Doo mystery, but then decided you didn’t need to include Scooby-Doo.

The Private Eyes is a comedy-mystery starring Tim Conway and Don Knotts and would mark their finale on-screen pairing (minus a cameo in The Cannonball Run II). The film was co-written by Conway and John Myhers and directed by Lang Elliott.

The movie follows Inspector Winship (Knotts) and Dr. Tart (Conway) being summoned to solve the murder of Lord and Lady Morley at their country estate. Throughout the story that is a hooded character that is apparently killing all of the house staff while Winship and Tart just stumble through trying to solve the crimes.

And yes, the hooded figure leads to a big Scooby-Doo style reveal towards the end of the film which just really solidified what I was already feeling about the film.

To be honest, the film is harmless and mildly amusing, but it’s 90% just Knotts and Conway playing to their greatest hits. The deliveries, the facial expressions, and everything else, you’ve seen from these two before. If you enjoyed their other films, you’ll enjoy this one as well.

With this film and Little Miss Marker, it’s clear that throughout the early part of 1980 we were clearing out some of the 1970s style comedies with more of a slapstick bent to them. Knowing some of what is coming up (Used Cars, Airplane!, Caddyshack, etc), it’s clear that comedy undergoes a massive tonal shift as the decade really gets going.