More new images have been released from Denis Villeneuve’s Dune that are finally giving us a bit of a glimpse at the planet as well as numerous more characters.

The new photos – running first in Vanity Fair – are showing us a lot of new characters and giving us more of a feel for the film. Most notably, we finally get a look at Zendaya as Chani, the daughter of Liet-Kynes, an Imperial Planetologist that had become associated with the Fremen. She is an important part of Paul’s (Timothée Chalamet) journey to becoming Usul/Maud’Dib. Her photo also gives us a hint to how the blue-within-blue eyes will be handled, a side-effect of prolonged exposure to the spice Melange.

We also get our first looks at House Atreides before it departs Caladan, and a bit of how they look once they reach Arrakis/Dune.

Beyond the photos, the new article features some quotes from Villeneuve which clarify that the story will be split into two movies. “I would not agree to make this adaptation of the book with one single movie,” said Villeneuve. “The world is too complex. It’s a world that takes its power in details.” There has been no talk as to when part two might be released, so we imagine that information will be coming soon.

All we can hope now is that a trailer may be on the way in the near future. 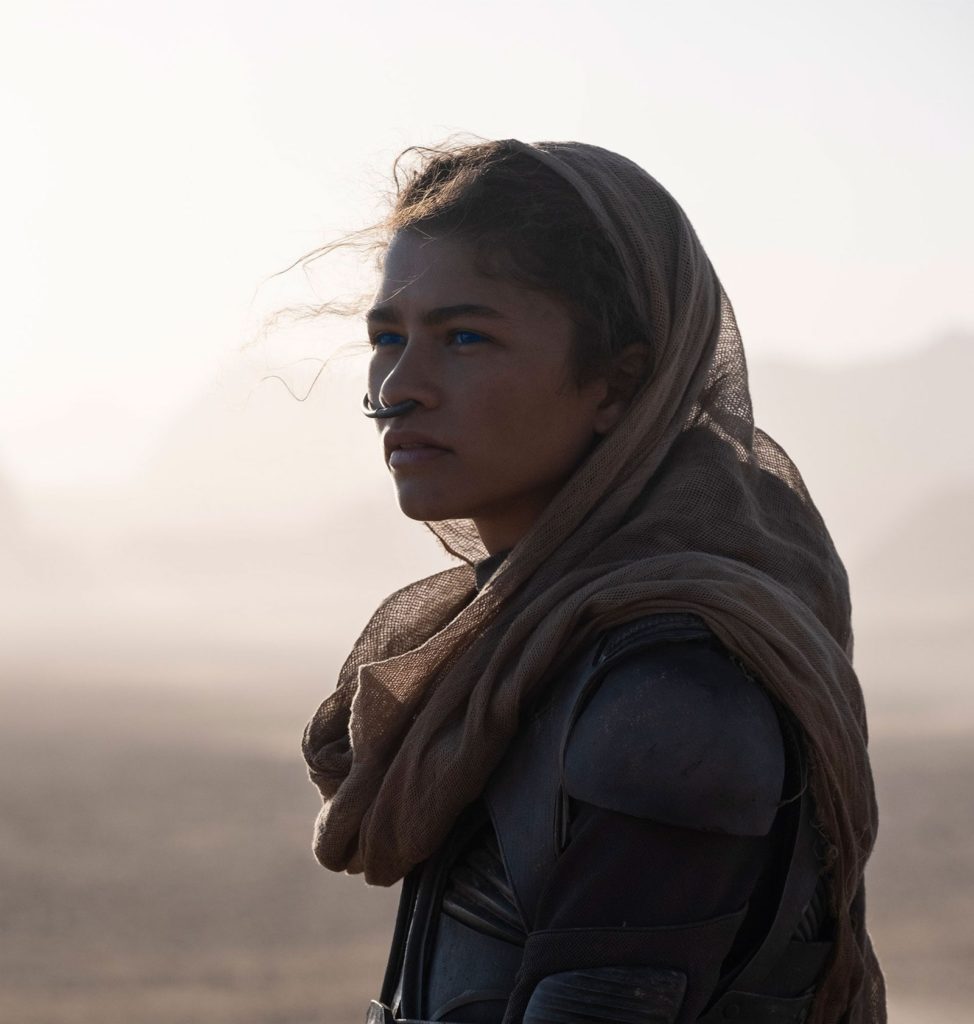