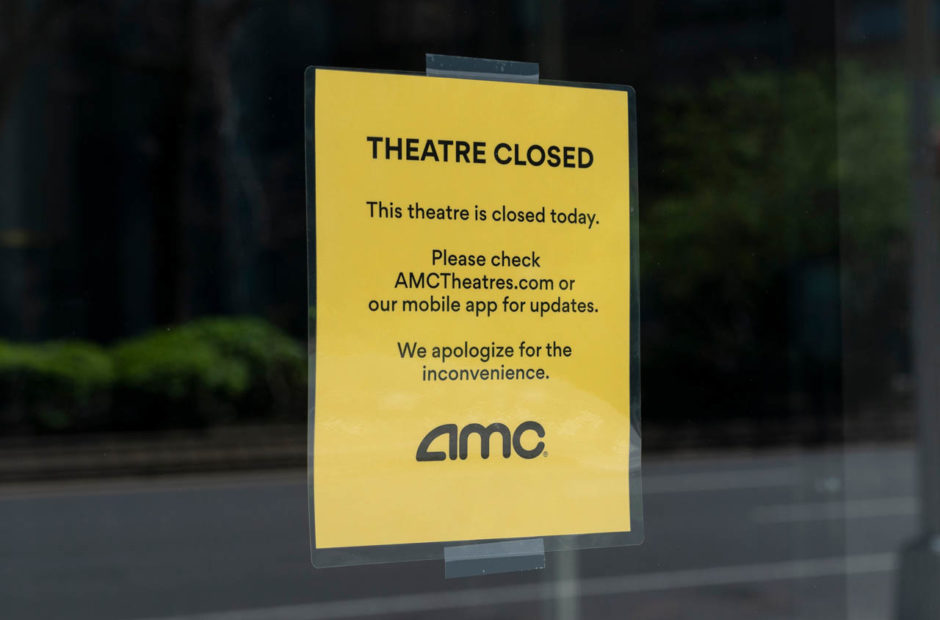 The fallout from the coronavirus pandemic continues, and it appears that AMC Theaters may be the next victim.

A new report from S&P Global suggested that AMC Entertainment will deplete its cash reserves by mid-summer should its locations not re-open by June. Even with this dire warning, the theater chain will more than likely not be closing its doors.

According to new reports, AMC has met with law firm Gibson, Dunn & Crutcher LLP to begin restructuring talks of its $4.9B in debt off of its current value of $327.3M. Should it move forward with the filing, AMC would be able to reopen its locations as that would be the only way it can repay its creditors.

While the movie studios would feel little no pain from this event, it would be the landloards of the AMC theaters that would bear the biggest burden. Of its 875 theaters, AMC only owns 62 of the locations. The remaining 813 are all leased properties, and that has actually already become an issue. AMC sent out a letter to all landlords notifying them that as of April, it would not be paying any rent or fees until further notice.

Theories are also circulating that AMC will close its Classic Theaters which were all purchased from Carmike chain. These locations are mainly $1 theaters and generate little revenue.

For now, all movie theaters remain closed throughout the United States, but it definitely looks like there is some drama to come in the next fre months.