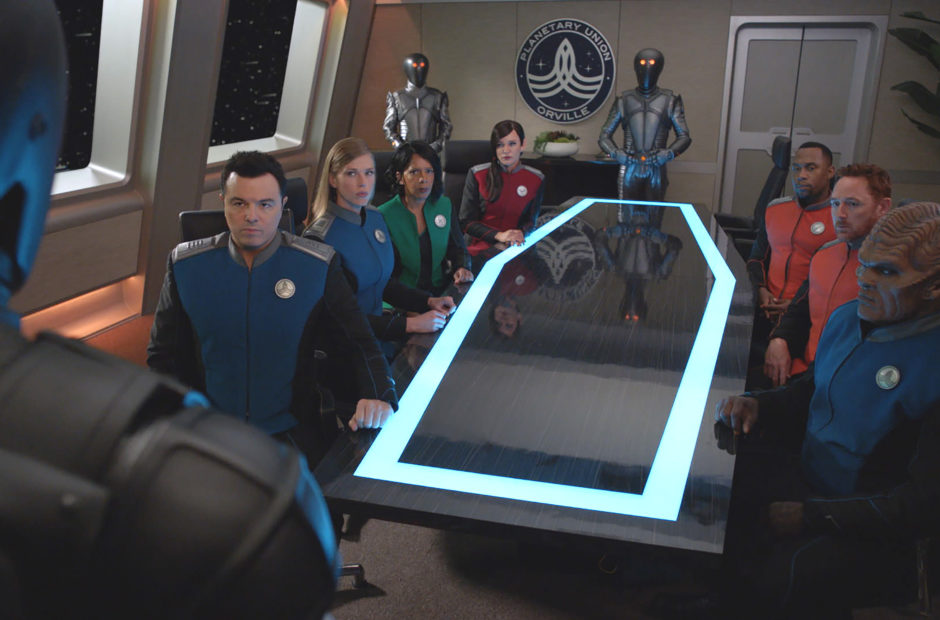 When season 3 of The Orville is finally ready to air, you’re going to have to catch it on Hulu as that will be its exclusive home.

During a panel on Saturday at San Diego Comic-Con, series creator Seth McFarlane announced that the series would be changing outlets when it returns. “The Orville has been a labor of love for me, and there are two companies which have supported that vision in a big way: 20th Century Fox Television, where I’ve had a deal since the start of my career, and Fox Broadcasting Company, now Fox Entertainment, which has been my broadcast home for over 20 years,” MacFarlane said in a statement.

“My friends at the network understood what I was trying to do with this series, and they’ve done a spectacular job of marketing, launching and programming it for these past two seasons. But as the show has evolved and become more ambitious production-wise, I determined that I would not be able to deliver episodes until 2020, which would be challenging for the network. So we began to discuss how best to support the third season in a way that worked for the show. It’s exactly this kind of willingness to accommodate a show’s creative needs that’s made me want to stick around for so long. I am hugely indebted to Charlie Collier and Fox Entertainment for their generosity and look forward to developing future projects there. And to my new friends at Hulu, I look forward to our new partnership exploring the galaxy together.”

While perhaps a slight annoyance for fans, this is a plan that makes a lot of sense for Fox’s new owners, Disney. It acquired the rights to The Orville in the purchase of Fox, but it did not acquire the affiliate TV stations. This means that Disney/Fox will now be able to show the series in first run on a property it owns the controlling interest in, Hulu.

If you aren’t already subscribed to Hulu, this will indeed be annoying, but in the long, it’s the better plan for the series. It also should up the chances of a season 4 significantly.

No word as of yet as to when The Orville season 3 will debut beyond some time in 2020.