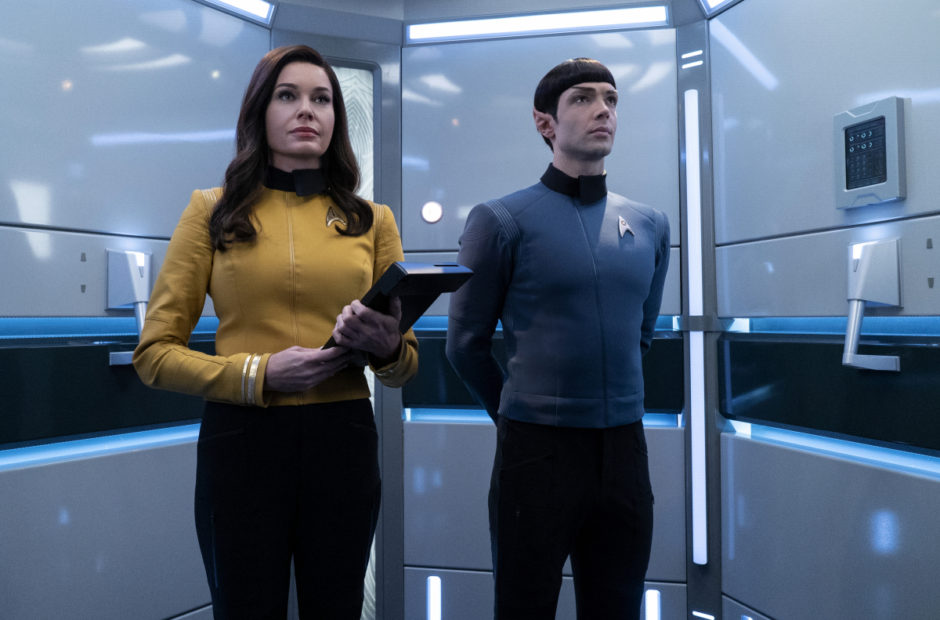 During the Star Trek panel at San Diego Comic-Con, CBS debuted a trailer for the second of Star Trek: Short Treks episodes. The six new episodes will be a mix of topics and characters, and there are some surprises to be had, it seems.

The six episodes will be titled “Ask Not,” “Q&A,” “The Trouble with Edward,” “The Girl Who Made the Stars,” “Ephaim and Dot,” and “Children of Mars.”

Three of the episodes will feature a mixture of Pike (Anson Mount), Spock (Ethan Peck), and Number One (Rebecca Romijn). Fans have been asking for more adventures of these iterations of these characters, and it appears we’ll be getting that.

No word as of yet as to when the Short Treks will debut, but it looks as though we have a lot to look forward to.