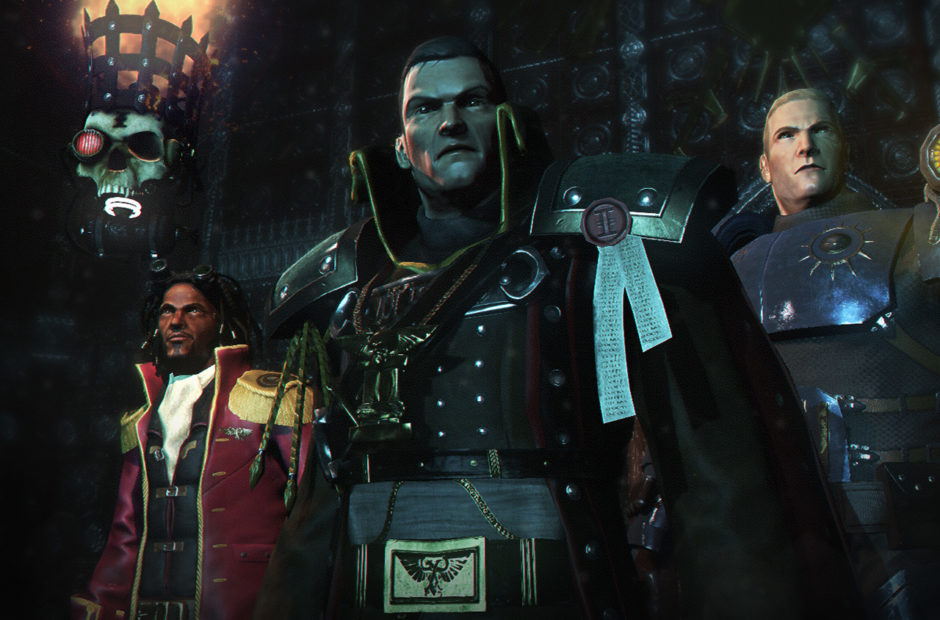 Frank Spotnitz seems to have nailed down his project for when Man in the High Castle ends: He’s heading to the far-flung future.

Big Light Productions – headed by Spotnitz – is teaming up with Games Workshop on a live-action Warhammer 40,000 TV series. Warhammer 40K, as its commonly known, is a mini media empire that grew out of a miniature-based gaming system. It now spans tabletop games, video games, books, and more. It will be the books that serve as the basis of the series which will be called Eisenhorn.

The entire 40K universe tells the story of how mankind is on the brink of destruction, and only a few men fight to keep us from going over the edge. Amongst them is Inquisitor Gregor Eisenhorn of the Imperial Inquisition. He first entered the canon of the story in a series of books by Dan Abnett and has gone on to be a fan favorite.

“We are delighted to collaborate with Games Workshop to develop the beloved visionary world of Warhammer 40,000 into a TV series,” Spotnitz said in a statement.

“Warhammer 40,000 is steeped in rich and complex lore, with a myriad of traditions and stories that have accumulated over time in this thrilling and complex world, making it one of the most exciting properties to adapt for television audiences and the franchise’s loyal global fanbase. There is nothing else like it on television, and we are incredibly excited to tap into our own experience creating imaginative, complex and compelling worlds to bring this incredible saga to the screen.”

Games Workshop’s global head of marketing and media Andy Smillie said, “Warhammer 40,000 has a massive global fanbase — they are a passionate community of Warhammer hobbyists who love to engage with our characters, stories, and games. I’m truly delighted we are able to develop a show that will reward their loyalty.”

No word yet on the timeline for production, or what outlet the series could land at. With the decades of lore, this could be a series that goes on for many years, and we can’t wait to learn more about it.