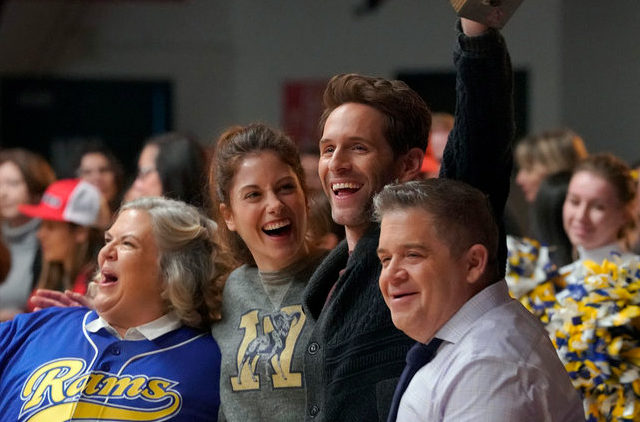 Television has become a strange world of cancelations and then sudden salvation from another outlet, but the revival of A.P. Bio may be one of the oddest yet.

While Netflix has come to the rescue of series such as Lucifer when Fox canceled it, this is the first time we can recall the streaming arm of a company rescuing something its parent company did away with. NBC canceled A.P. Bio as its second season was drawing to a close.

The series about a disgraced philosophy professor was an early target for the unnamed streaming service. Showrunner Mike O’Brien told The Hollywood Reporter, “I’m so overwhelmed by the outpouring of support from the fans. The cast and I are thrilled that we get to make more and I’m excited to work with the NBCU streaming platform.”

While the cast may all be excited by the prospects of returning, some deals need to be worked out first. Due to the lapse in time between the cancelation and this news, the options on all of the cast’s contracts expired. This means new deals will need to be struck with all of them, and that also means some of them may have found new work. Don’t be too surprised if there are one or two missing cast members when the series returns.

There is no firm launch date as of yet for NBC’s new service which will be just one of many joining a very crowded marketplace. Disney+ will launch this year, and HBO Max is on the way as well. We may all learn very soon just how many streaming services the market can sustain.