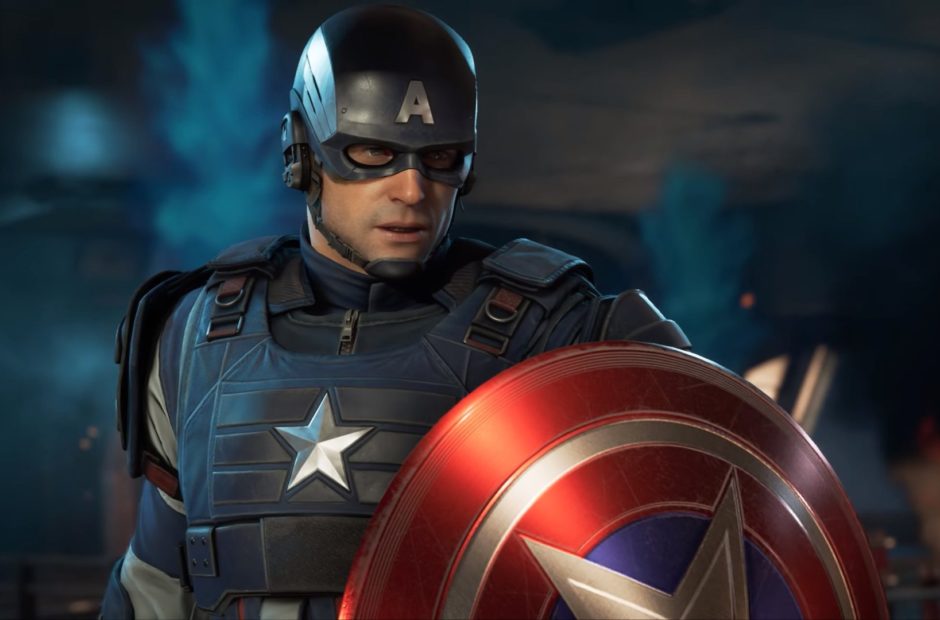 Marvel’s Avengers debuted last month at E3 to a resounding “huh?” Since then, we’ve been wondering just what the game might be like, because the trailer gave us so little to work with, and the presentation that followed was no more specific. Now, attendees at San Diego Comic-Con have seen 20 full minutes of actual gameplay and a few more details have slipped out.

One thing that didn’t slip out, though, is the footage. That’s set to come out a week after Gamescom, which takes place in Cologne next month.

The story opens with an attack on the Avengers taking down the team’s giant helicarrier, doing damage to San Francisco and killing enough people for the world to turn on the world’s mightiest heroes. The game will use that part to introduce us to the game’s main heroes – Cap, Hulk, Thor, Iron Man, and Black Widow. After that mission, things jump forward five years, and the team is setting up shop on the reclaimed weapons platform. This is where the real game starts. The helicarrier will apparently act as a hub from which to launch single- and multiplayer missions. Gamespot says that the story will be “recognizable as a linear action game with you playing each character as the story unfolds.” 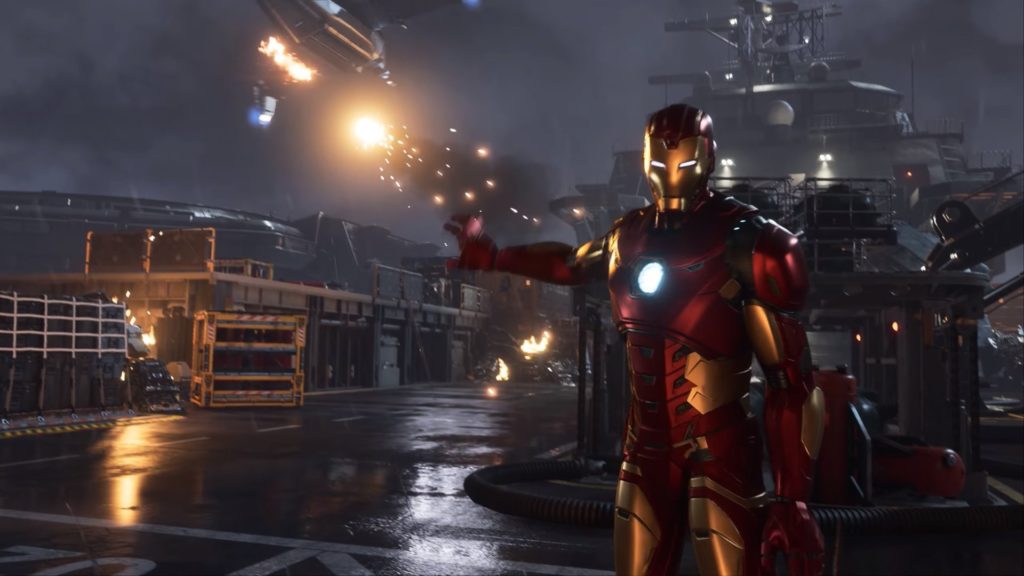 Cnet dove a bit deeper into the demo, talking about each of the different playstyles. The outlet said that the characters look a lot more natural once they’re in-game and doing superhero stuff. Thor’s stuff looks like Kratos from God of War, with hammer throwing and lightning summoning. Hulk’s play will make use of the ability to grab enemies and environment as weapons, smashing enemies together or whacking them with sections of bridges.

The Black Widow segment showed her facing off against Taskmaster (who you might remember from PS4’s Spider-Man). Cnet described the gameplay as looking a lot like Lara Croft, star of the studio’s previous games, Tomb Raider and Rise of the Tomb Raider, but with more gadgets and acrobatics.

Character customization will fit heavily into the multiplayer aspect of the game, where you can customize your characters’ skills and cosmetics, including “Hulk wearing a suit, alternate colors for Iron Man’s costume, and a Viking-themed Thor.”

That last aspect is going to end up being one of the game’s biggest draws, I think. Once we can start customizing our Avengers, we’ll be able to take more ownership over them and make them look less like the weird stunt doubles they look like now. Whether this is is just simply applying skins or customizing gear, we’re not yet sure. It sounds like the team behind the game didn’t talk one way or another about how often and how many additional characters they’ve talked about, but we’ve seen so far that Ant-Man is coming to the game, and the trailer was apparently narrated by Ms. Marvel/Kamala Khan, so it seems like it’ll be an interesting variety.