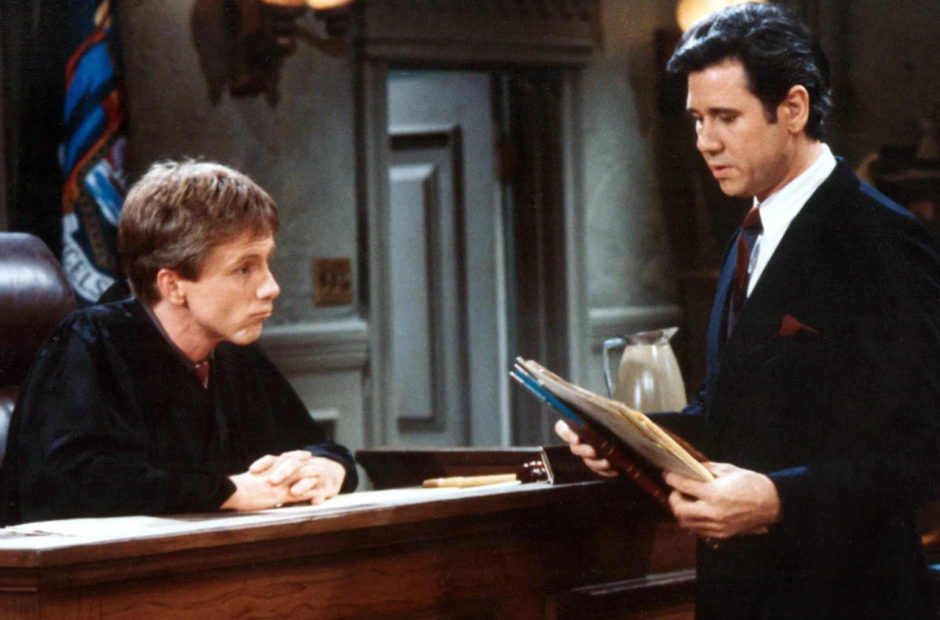 It looks as though as we may be heading back into the kooky world of New York City late night law as NBC is developing a revival of Night Court.

In the ongoing world of revivals and rebooted series, it appears that NBC is dipping into the past and looking to one of its hit comedies of the 1980s, Night Court. The series followed a string of kooks and oddballs that would appear in one of New York City’s night courts that handles smaller cases. Primarily the show focused on the court officers and their lives as they lived in this other world of the city.

According to Deadline, the revival is currently being written and executive produced by Dan Rubin (The Unbreakable Kimmy Schmidt), and Melissa Rauch (The Big Bang Theory) also attached as executive producer. John Larroquette is also in talks to reprise his role as district attorney Dan Fielding. The new series would reportedly focus on optimist judge Abby Stone, daughter of the late Harry Stone (Harry Anderson) who presided over the original courtroom.

The original Night Court ran on NBC from 1984 to 1992 and was nominated as Outstanding Comedy Series three times. Larroquette won four consecutive Supporting Actor in a Comedy Series Emmys for his role in the series.

According to the report, it was Rauch who approached WarnerBros. TV about the possibility of reviving the series having grown up as a fan of the series.

No word as of yet as to potential other stars for the series or when it might air.