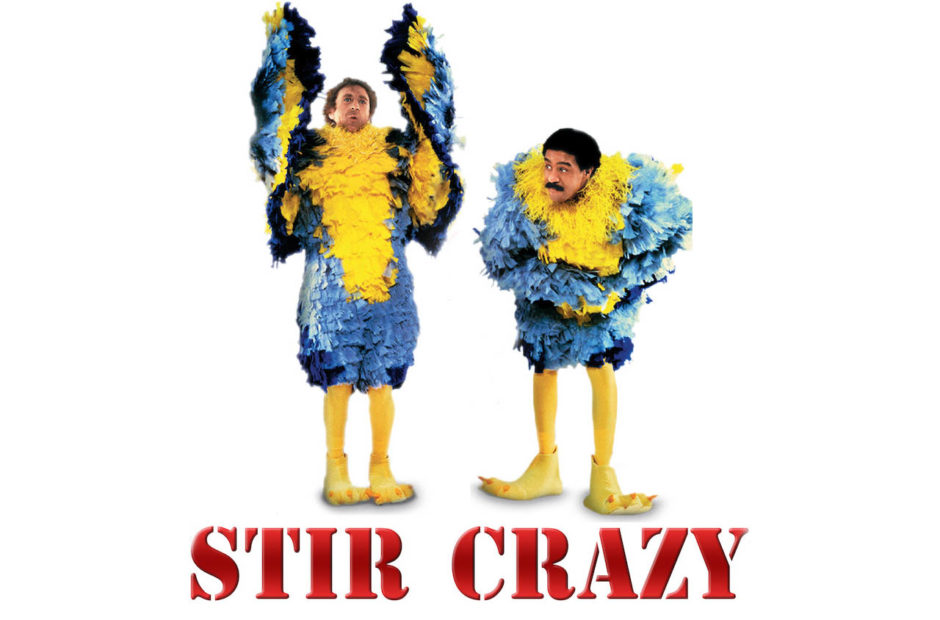 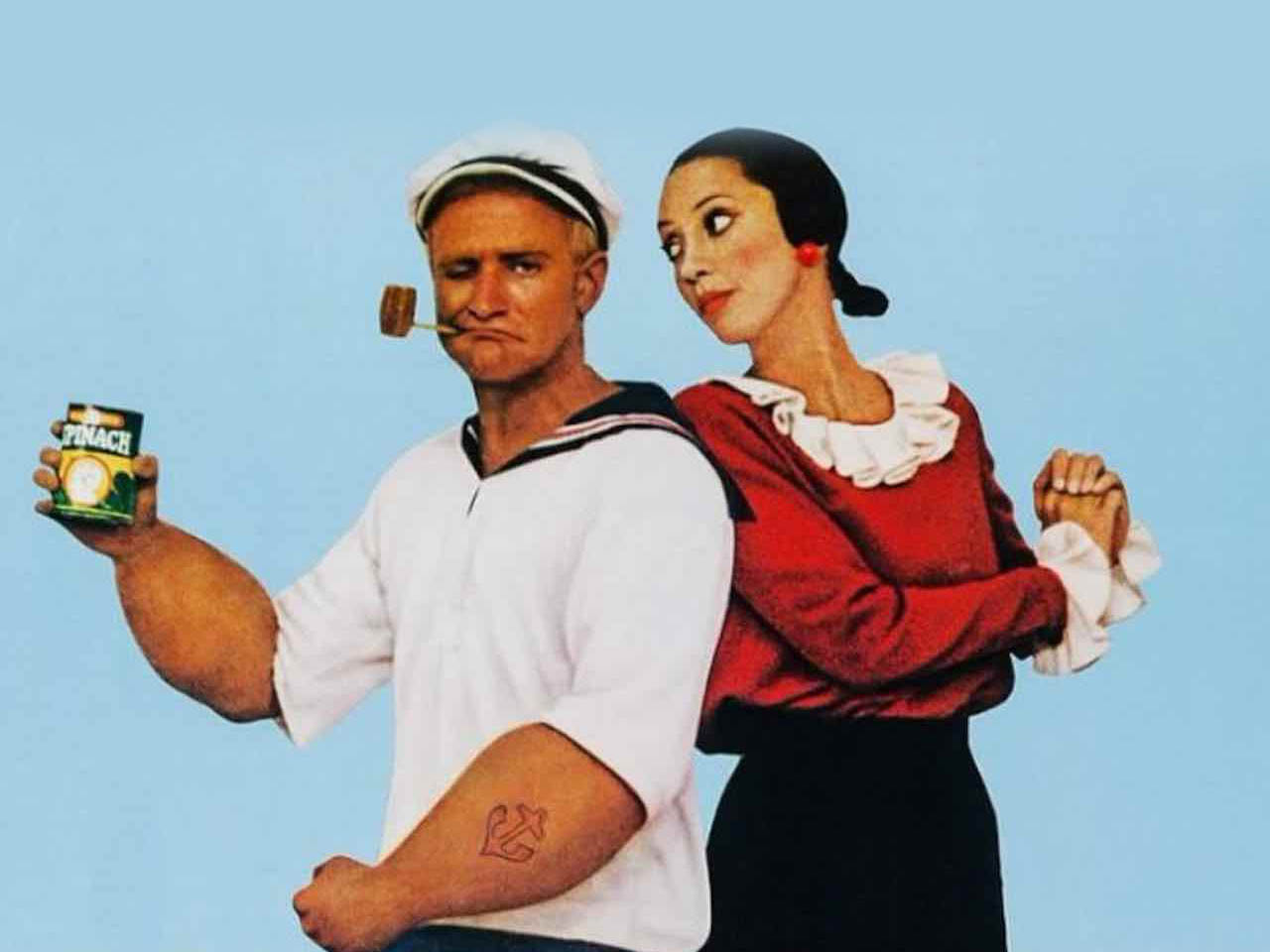 Whenever I look at the list of what movies are coming up next, I’m usually pretty non-committal about how I’ll feel about the film. But with Popeye I was excited.

I probably haven’t watched Popeye in 35 years or so. I remember liking it as a kid, but I also know that a lot of people have hated on it over the years. Was I totally wrong as a kid or are people just overreacting to it?

Having watched it again… people are overreacting.

I won’t claim Popeye is a great film, but there are some good performances in the film, the songs are catchy, and it pulls off the ever so difficult twist of adding a baby to the story.

The movie is mildly plodding until Swee’ Pea makes his entrance, and then it’s just a fun time with a lot of smiles to be had.

Visually the film is a delight and fun to look at. Every inch of the screen seems to have been thought out. The songs are insanely catchy and I found myself singing some of them a week after this viewing.

I’m not fully sold on the design choices of Popeye (Robin Williams), but they surely did keep to the original comic strip. Perhaps something that doesn’t always need to be done literally.

On the other hand, Olive Oyl (Shelly Duvall) looks as if she lept off the page and it is amazing to behold.

If you’ve never seen it, I honestly think it’s worth checking out. As I said, it won’t change your life, but it will be a little bit of fun for you to judge for yourself if all the hate people spout about it was earned. 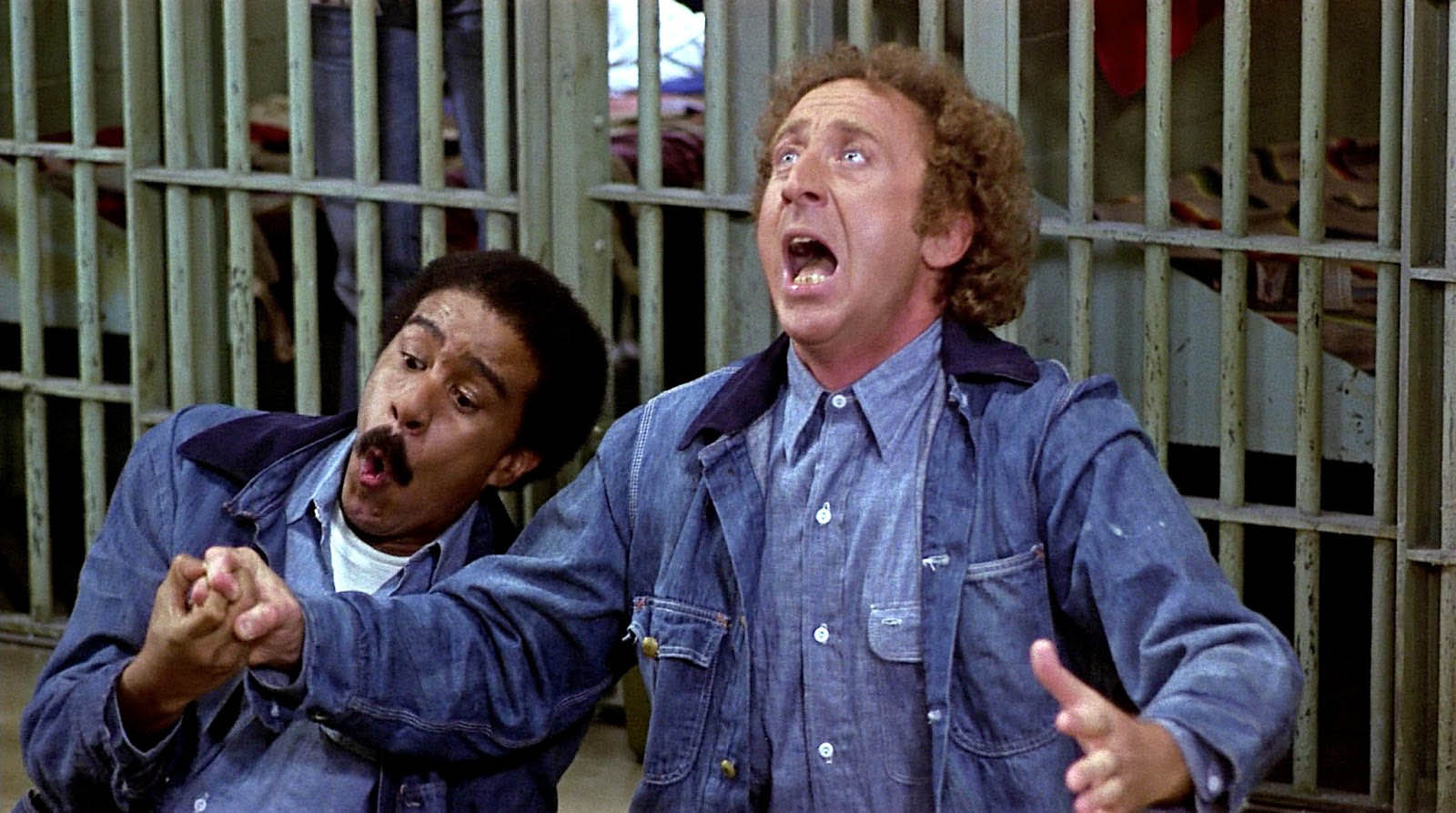 Stir Crazy, on paper, should have been a homerun. It reteamed Richard Pryor and Gene Wilder who were a winning duo a few years earlier in Silver Streak, but here it just goes wildly off the rails halfway through the movie when it seems to become a different movie.

We start off with Skip Donahue (Gene Wilder) and Harry Monroe (Richard Pryor) deciding to head out to California to make their way in life, and we’re off on a road trip from New York City. Along the road, things go wrong as you would expect them to in a comedy, and then we get to the point where they get arrested in a case of mistaken identity.

This could have still worked, but after they get sent to prison the movie completely shifts tone. It becomes a prison escape movie with far too much attention paid to the actual escape.

And don’t even get me started on the truncated, non-sensical romance story between Wilder and JoBeth Williams that serves literally no purpose to the plot of the movie and makes no sense how it comes together.

It was just not a good film. It felt like several ideas were sitting around for various projects for Wilder and Pryor and they just decided to blend them together, and they didn’t mesh.

Once again I find another film in 1980 that just didn’t seem to care (I’m looking at you Oh Heavenly Dog!) and thought audiences would just watch anything. There are a couple of decent ideas in Stir Crazy, but they just should have never been mixed together.