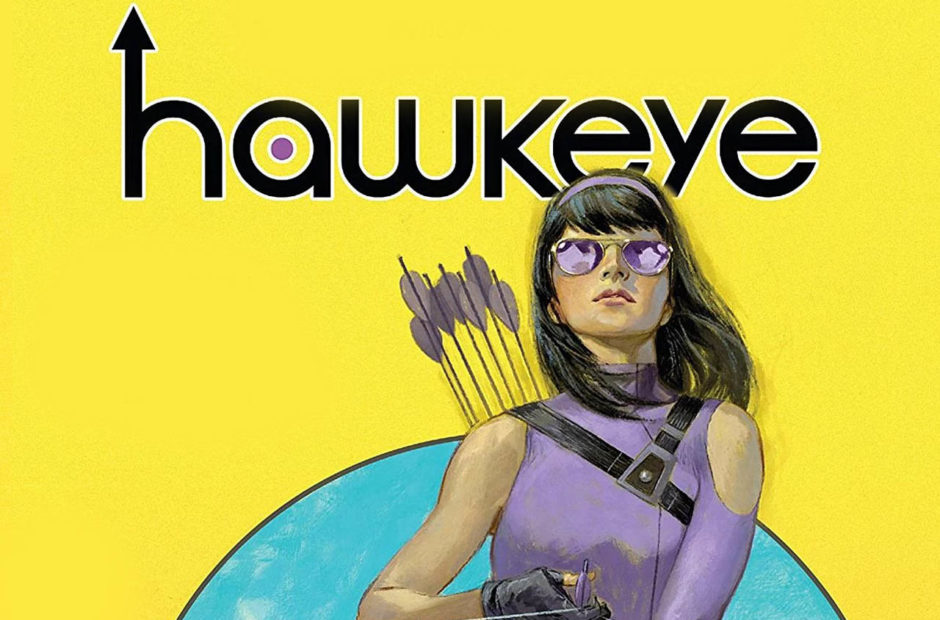 It would seem that years of fan lobbying have paid off and Hailee Steinfeld will be taking on the role of Kate Bishop, the female Hawkeye, in the Marvel Cinematic Universe.

Filming began on the Disney Plus series this week in New York City, but no official announcement of who would be playing Bishop has been made. However, this being 2020, and New York City having a massive population, set videos and photos have leaked out from a subway filming location, and no announcement will be needed it seems. Multiple photos have shown Steinfeld on set, dressed in purple, carrying a bow, and interacting with Renner as Clint Barton.

And, yes, that does appear to be Lucky, the Pizza Dog, running with them, although he still has his left eye.

In the comics, Bishop first appeared in 2005 in Young Avengers #1. Like the Clint Barton iteration of Hawkeye, she possesses no special powers, but has taken extensive training in multiple martial arts and is skilled in archery, fencing, and swordsmanship.

Fans had lobbied for Steinfeld to play this role, but there had never seemed to be any movement. When she got her lead role in the Apple Plus Dickinson series, many thought the chances were dead of her ever becoming Bishop. We’re not sure yet how it worked out, but we’re glad it did.

No word as of yet as to when Hawkeye will premiere on Disney Plus.