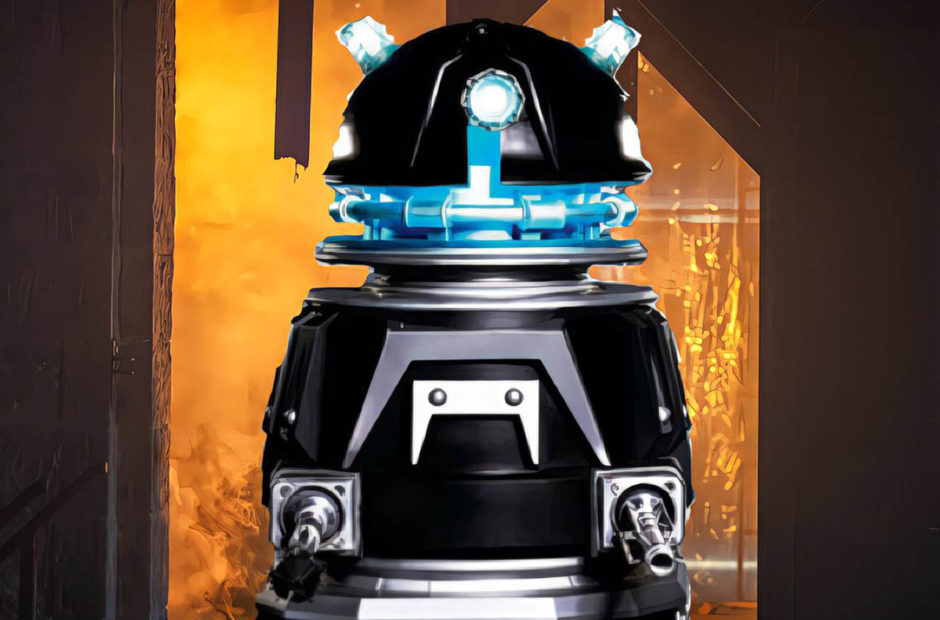 Doctor Who is back, and it seems the Daleks have yet another master plan.

It always seems inevitable that where the Doctor is, the Daleks can’t be too far behind. And this time it appears they have had yet another update with a new body we haven’t seen before. It still has the same basic construction, but any long time fan will notice the difference from the classic look.

Besides the return of the Daleks, we will also see the return of Capt. Jack Harkness (John Barrowman MBE) and Jack Robertson (Chris Noth). And that won’t be the end of guest stars as Dame Harriet Walter will be making her Doctor Who debut.

“We’ve crammed this year’s Doctor Who festive special with an explosion of extraordinary acting talent,” said Chris Chibnall, Executive Producer in a statment. “Where else would you get British acting royalty, a globally renowned US screen star, an (inter)national treasure of stage and screen and one of Britain’s hottest young actors — just in the guest cast! Put those together with Jodie Whittaker, Bradley Walsh, Mandip Gill and Tosin Cole (and Daleks! Did I mention Daleks!) — and you get a cast to be exterminated for. And things will explode. Promise.”

We last saw the Doctor (Jodi Whitaker) at the end of the 12th season being locked up in an alien prison with no hope of escape. The holiday special picks up from there and we just have to wonder how she will finally make her way back to freedom.

The Doctor Who holiday special will debut on New Year’s Day on both the BBC and BBC America.