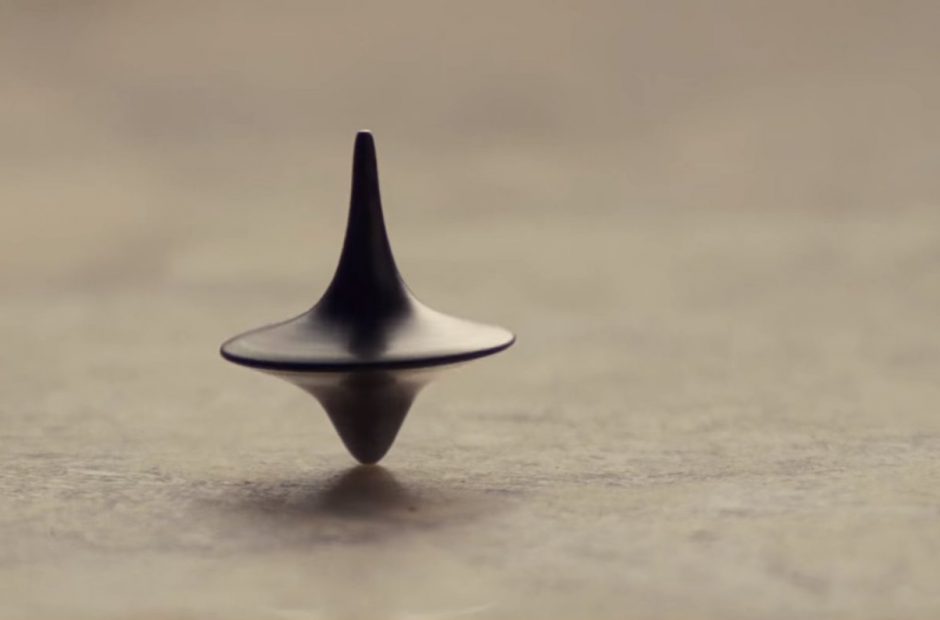 Christopher Nolan is one of the most interesting directors working today, and his movies almost always leave people talking. None moreso than 2010’s Inception. This sci-fi must-see tells the story of an idea thief who steals his goods directly from the brains of his victims while they sleep by delving into their dreams. But the ultimate heist requires that he go deeper and deeper into the dream world, and by the end, we’re left questioning what is and isn’t reality. One of the stars of the movie has dropped a simple line that, if you believe it, that clarifies whether a pivotal scene in Inception happens in the real world, or the dream world.

And I’m begging you: Don’t go looking for it. There be dragons. Bears, spiders, really big centipedes, spooky clowns (is there another kind of clown?). Whatever will scare you off.

Some questions are best left unanswered, because those ambiguous endings are what stick in our brains and leave us shivering, wondering, and talking. We should cherish these puzzles, and not try to solve them.

You can spend all day trying to piece together exactly what happened in Mulholland Drive, for example, but does it make it a better movie, or just a more orderly one? You can debate about whether or not Tony Soprano got whacked, but does knowing which it is make it more satisfying, or does it just clean it from your mind?

I should say that there’s a difference between an ambiguous ending and a bad ending. There are some bad endings that sometimes come from shows ending too soon, movies being tinkered with too much by a studio or director. There are some truly miserable endings out there.

The difference is the emotion it leaves you with. Do you walk out of the theater angry, or is it something else? Something foggy, hazy, uncomfortable?

For a counterpoint, we can compare Inception to The Dark Knight Rises, another Christopher Nolan creation and one of the less interesting ones he’s done. That movie ends with Batman, beaten and broken, sacrificing himself to save Gotham, a true hero to his city in the face of the impossible situation crafted by Bane and Talia Al Ghul. Batman is dead.

Except then the movie cuts to Paris, where Alfred Pennyworth happens to spot a face in the crowd – Bruce Wayne is now living out life with Selina Kyle who has discarded her mask as well. Blake, the young officer who helped Batman has, with some clues from the Dark Knight himself, found his way to the Batcave, implying that he’s on the way to becoming Robin.

If we pick this apart, none of it feels like it works. Batman’s sacrifice wasn’t a sacrifice at all, it was just a magic trick. Nolan did a magic trick at the end of The Prestige, and he did it much better. Selina Kyle and Bruce Wayne have never been an “is,” merely an “almost.” The comic books actually confirmed this recently when Kyle left Wayne at the altar to ensure that he wouldn’t give up his life as a vigilante. Neither of them can give up their lives – they have a burning need and a deep refusal to seek therapy. And giving John ‘Robin’ Blake the keys to the Batcave feels silly when it was made clear that the third Bat-Nolan film was the last. It’s a stinger that not only never goes anywhere, but one that was never meant to go anywhere. It’s not a lingering question, but an empty tease.

So we return to Inception. While the plot is much more complex, getting to why the ending is interesting and fulfilling is much simpler.

Inception is constantly playing with logic and reality. The movie takes the time to establish a clear marker of dreams vs. reality with the totems, particularly with Cobb’s ever-spinning top as the movie’s single most iconic image.

As Cobb and his team descend through layer after layer of Robert Fischer’s consciousness in order to incept an idea into his head, we can start to lose track of where one dream begins and the other ends. In the final scenes of the movie, it appears the heist has gone off without a hitch, and Cobb is able to finally return home to see his children. Back home, Cobb spins his top one last time. The camera hovers on it, and we see it wobble, but it doesn’t slow down – the movie cuts to black.

This plays into everything the movie has been working up to, and uses the ideas the movie has put out to reinforce it. It feels true to the movie. It’s a question of dream logic and reality, and it forces us to go back through the movie in our heads to question everything we’ve just seen.

The only questions The Dark Knight Rises leaves us with are “Are you kidding?” and “Why?”

Outside of Nolan’s work, we get other times like the final moments of Twin Peaks: The Return, which left us hanging with a simple question: “What year is it?” followed by a piercing scream. Twin Peaks is not a place we go for answers, but for mysteries, and again – it feels true. It’s not always about mysteries, either. The classic ending of The Graduate doesn’t leave any lingering questions that it could’ve actually answered, but instead puts a simple question before us as a coda to what would otherwise be a hackneyed happy ending. He interrupted the wedding, broke off his affair, and ran off with the girl – but what now? Can these people be happy together? Will they even stay together? It’s an injection of the uncertainty of the real world.

If you want to know what little piece of information dropped that changes the ending of Inception, it’s easy to find. Google will happily reveal it to you. Facebook might even show it to you depending on what sorts of sites you follow.

But if you haven’t seen it yet, I implore you to let it sit there. Re-watch Inception and let it sit with you and boil away in your brain.

For me, these endings, when they’re handled correctly, are the absolute best kind. I love that feeling of uncertainty and mystery, and I’m asking you to take a moment and let it sink in. You might find that you’re right there with me.