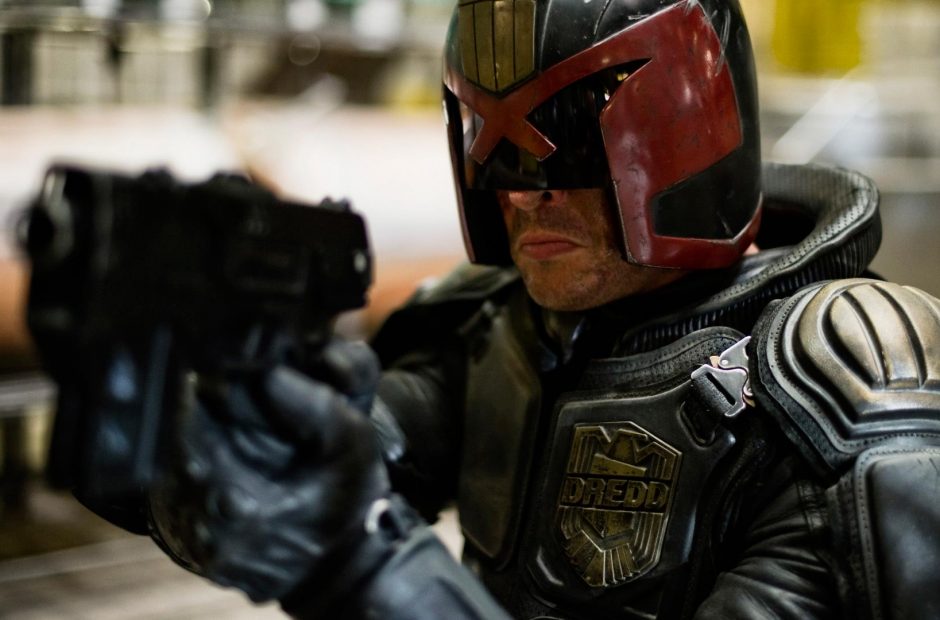 There seems to be at least some discussion going on around Judge Dredd: Mega-City One, but Dredd himself still isn’t cast. Don’t worry, though, Karl Urban isn’t out of the running yet.

Starring in Dredd in 2012, the latest adaptation of the Judge Dredd comics, Karl Urban won audiences over. While the film didn’t clear its budget at the theaters, critics and fans liked the take on the character. In 2017 it was announced that a TV series entitled Judge Dredd: Mega-City One was in the works, and immediately people start calling for Urban to reprise the role. It seems that dream isn’t entirely dead yet.

Appearing at Trekonderoga this weekend, Urban spoke about his role as Dr. McCoy in the current Star Trek films. He was also asked about some of his other projects including 2012’s Dredd. He hasn’t signed yet, but it’s not off the table.

I’m not attached to it, although I did have a preliminary round of conversations with them. I am interested in doing it. There are a lot of great stories to tell there. It is up to them. I don’t know really where they are in the stages of development. If I get the opportunity, great, otherwise some else will do it, and we can all see some more Judge Dredd.

Urban also finally gave us some insight into how the series might be constructed.

Their idea for Mega-City One is was basically to build the show around more rookie judges and young, new judges and Dredd would come in and out and I said that I’ll do it, but it has to be done in a meaningful way. I can’t just come on and grunt and pull faces, there has to be a story there for him. There has to be a kind of little arc and a story we are trying to tell. So, we will see what they do.

You can’t blame for Urban for not wanting to be used as what amount to set decoration. You also can’t blame the producers for wanting to explore the wider world of Mega-City One. Something tells us a compromise can be reached.

Now if the series could just fina a hme and get into production.