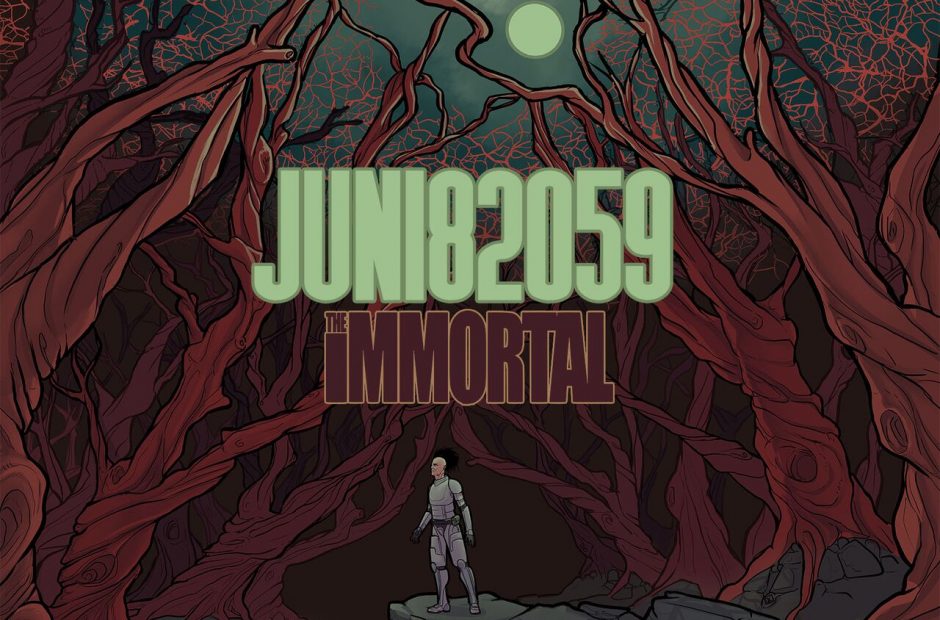 The last human in existence. Destined to die and resurrect until the end of time. This is the story of Z, a bounty hunter tasked with tracking down those who annihilated the rest of humanity as he slowly loses his memory to the resurrection process.

The Immortal is a space opera/sci-fi adventure comic from up-and-coming writer Darryl Knickhrem and publisher 215 Ink, one that Comic Bastards labeled as “Best of 2016.” Starting next month, Aug. 2018, The Immortal will be released bi-monthly as an 8-issue series with 64 pages per issue.

The Immortal follows a human bounty hunter with the ability to be resurrected when killed in the line of duty. The only drawback? Each time he resurrects, another piece of his memory falls away. This monumental, character-driven mystery will center around Z and his hunt for those responsible for the annihilation of the human race. Written and illustrated by Knickrehm, The Immortal shows off an illustrative style that’s clean and full of depth paired with evocative gray scaling. In fact, Fanboy Nation said, “Black & White hasn’t looked this cool since Cerberus.” 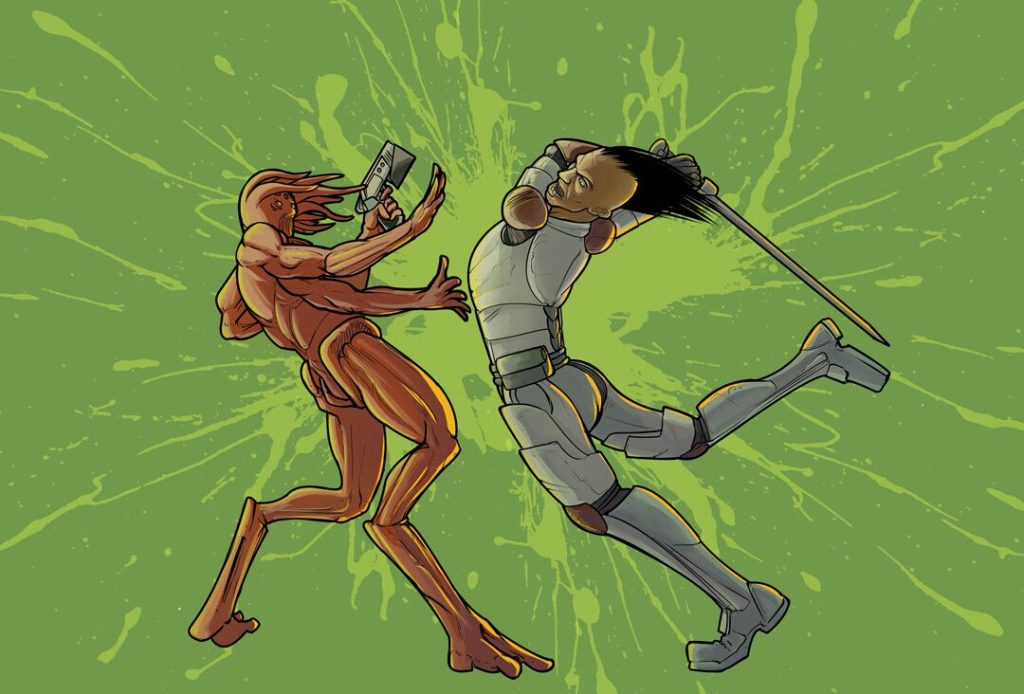