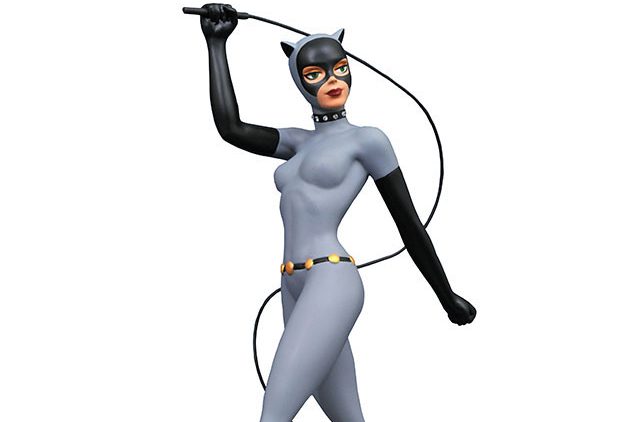 Diamond Select Toys is going to have several exclusives at San Diego Comic-Con 2018, but you’re going to want to act fast.

There will be several exclusives from Diamond, but some of them are going to be extremely limited. Read through the descriptions and make your battle plans.

Starting off with the Marvel exclusives, it looks like you won’t have too many issues.

She’s the best there is at what she does, and what she does isn’t pretty… but she is! Laura Kinney, a.k.a. X-23, a.k.a. the all-new Wolverine, removes her mask in this Comic-Con-exclusive Marvel Gallery PVC Diorama. Striking a menacing pose that contrasts with her fetching facial features, Laura stands approximately 9 inches tall atop an X-logo base, and comes packaged in a full-color window box. Limited to only 4,000 pieces! Sculpted by Sam Greenwell! $45 at booth #2607, also at other booths on the show floor.

Now that’s a Hulk of a different color! The Marvel Gallery line of PVC Dioramas returns to Comic-Con with a new variant that celebrates the multi-colored history of the Hulk. This new grey-skinned edition of Diamond Select Toys’ hit Hulk PVC features an all-new head sculpt and captures the character in one of his fan-favorite looks. Measuring approximately 11 inches tall, this diorama comes packaged in a full color window box, and is limited to only 5,000 pieces! Sculpted by Sam Greenwell! $45 at booth #2607, also at other booths on the show floor.

The Phoenix has returned! Sweeping down from the stratosphere to once again merge with its favorite host, the Phoenix Force has returned to Comic-Con in the form of the X-Man Jean Grey, but in an all-new look! This white-costumed edition of Jean Grey as Phoenix captures the powerful entity in a frequently fan-requested look, and measures approximately 10 inches tall. Limited to only 5,000 pieces, she comes packaged in a full color window box. Sculpted by Alejandro Pereira! $45 at booth #2607, also at other booths on the show floor. 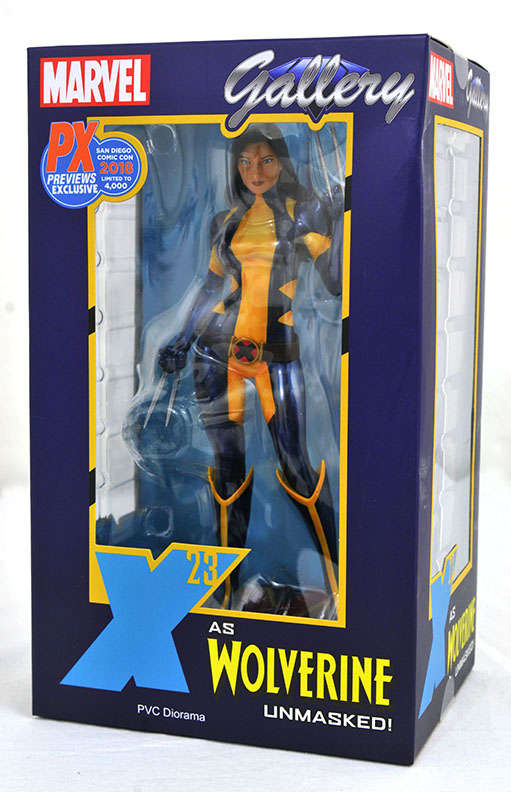 The Batman: The Animated Series Catwoman is definitely one to keep your eye on. It’s a gorgeous figure, but is limited to 100 pieces. Yes, $200 will control the demand somewhat, but we wouldn’t waste time picking it up if you want it.

It’s Superman’s 80th birthday, and in the wake of his landmark 1000th issue, Diamond Select Toys is offering this commemorative two-pack of DC Vinimates vinyl figures! Based on his first appearance and modern-day look, these two 4-inch vinyl figures are sculpted in the block-figure style and strike trademark Superman poses. Limited to only 1,500 pieces, this exclusive two-pack comes packaged in a full-color window box. Designed by Barry Bradfield! $20 at booth #2607, also at other booths on the show floor.

Gems gone missing? Search Catwoman! This highly limited statue of Catwoman adds real diamonds to our iconic Catwoman statue, for a special edition that is worth its weight in precious stones! With diamond studs on her collar, this approximately 12” statue qualifies as an engagement ring for marriage-minded fans, and is the perfect keepsake to remember the Batman/Catwoman nuptials! Sculpted by Clayburn Moore, this special production run is limited to only 100 pieces. Exclusively at booth #2607 for $200. 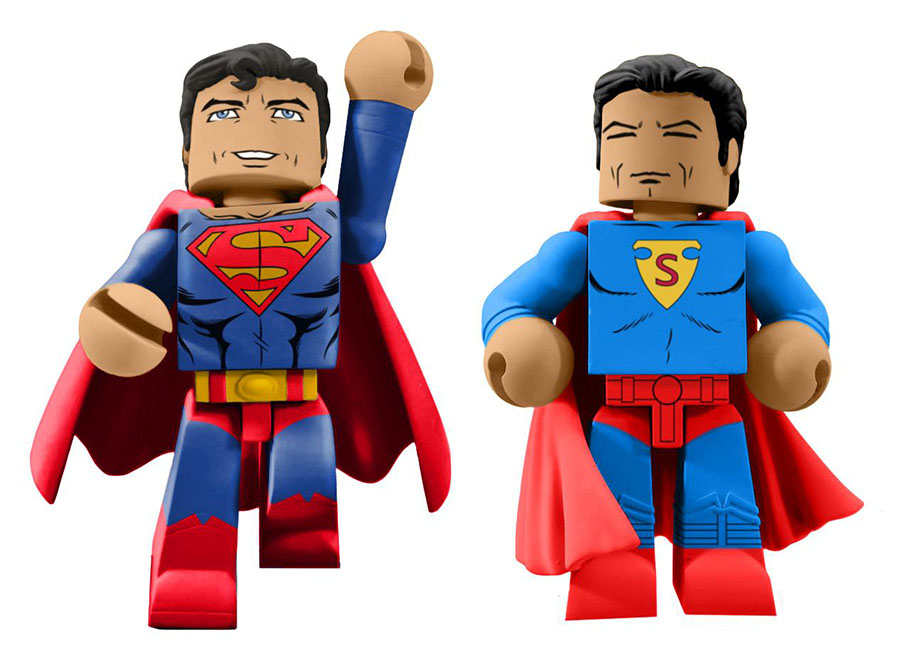 Rounding out the DST exclusives is a fun cloaking Romulan Bird of Prey. Sometimes transparency in toys is fun!

The ultimate showdown! The ultimate enemy! The Romulans return in full-on stealth mode with this exclusive cloaked edition of the Romulan Bird of Prey! Measuring approximately 12 inches wide, this ship is cast in clear plastic, but keeps its famous Bird of Prey logo, to strike fear into the hearts of the Enterprise crew. Packaged in a full-color window box, this ship is limited to only 200 pieces. Exclusively at booth #2607 for $70. 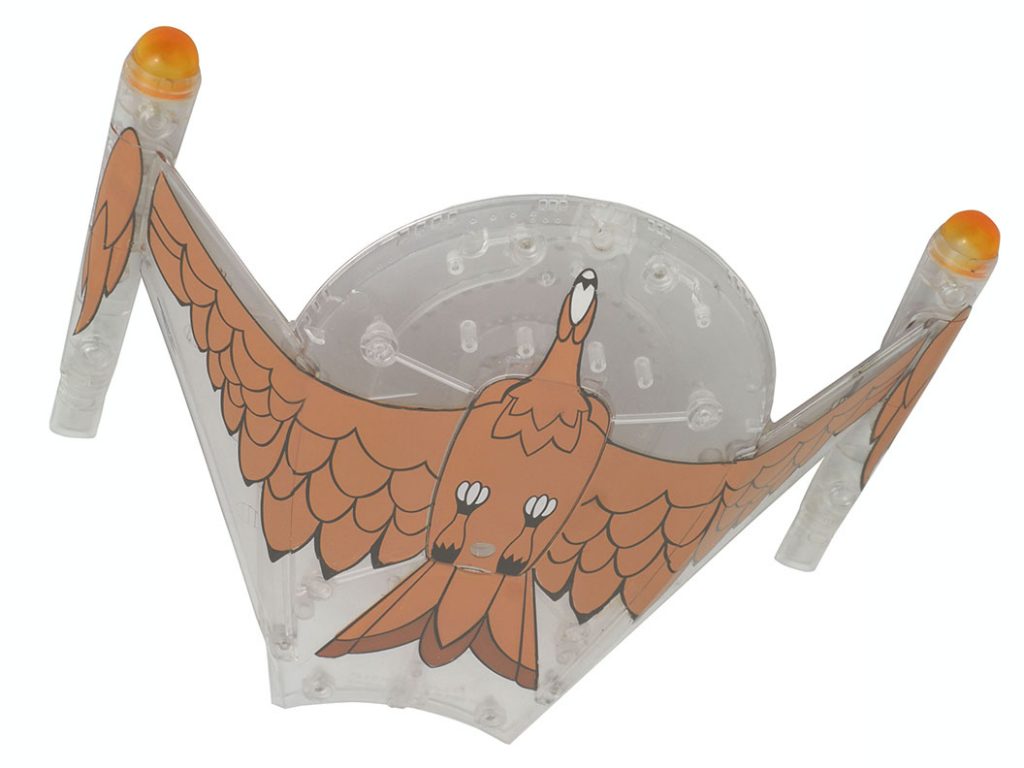