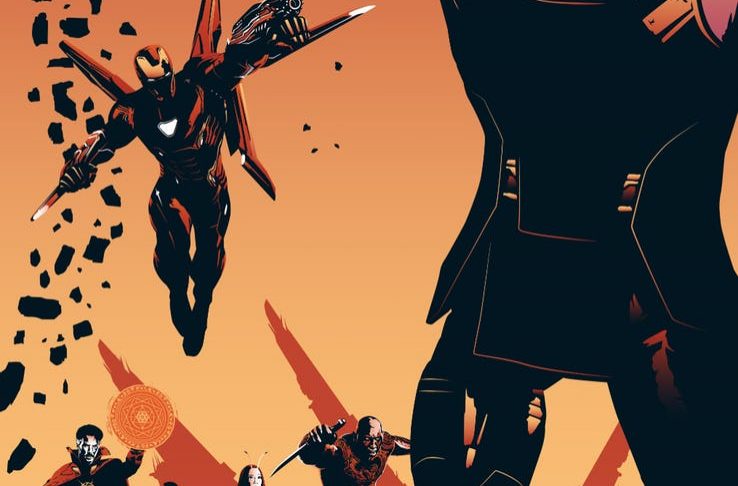 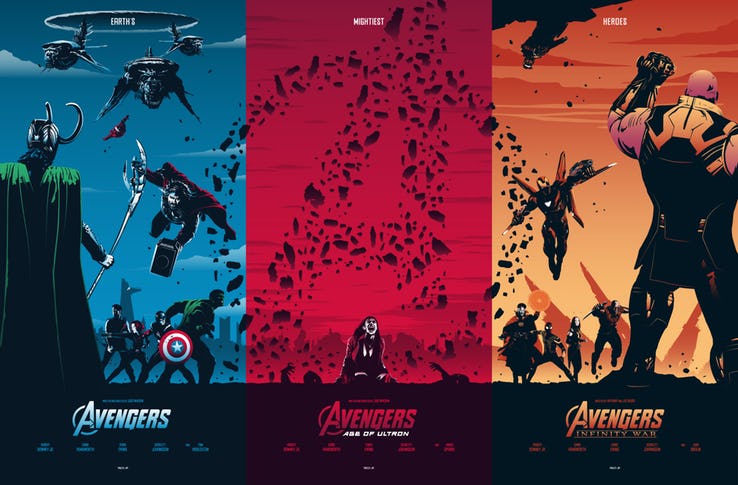 Avengers: Infinity War opened last month to shattering success. It was everything fans had hoped for after building up the climactic battle with Thanos since the original Avengers movie. To commemorate the occasion, graphic designer Julien Rico Jr. shared custom-made triptych for the three Avengers movies, and it looks pretty awesome.

The triptych is made up of The Avengers, Avengers: Age of Ultron and Avengers: Infinity War, with each movie’s plot incorporated into the design and the recognizable Avengers A insignia outlining the center.

The Avengers features the original Avengers with Loki holding his scepter and his iconic helmet; Avengers: Age of Ultron features Scarlet Witch mourning the loss of her brother, Quicksilver; and Avengers: Infinity War has Iron Man and Star-Lord among other heroes taking on Thanos.

When put side by side, the tagline at the top reads: Earth’s Mightiest Heroes.

Saying these posters are something Marvel should have made is noteworthy because it already employs a fantastic marketing campaign. Just one look at Solo: A Star Wars Story‘s posters and you’ll be impressed. These posters use a similar silhouette format and came out looking fantastic.

Credit where credit is due, this is great work by Julien Rico Jr.