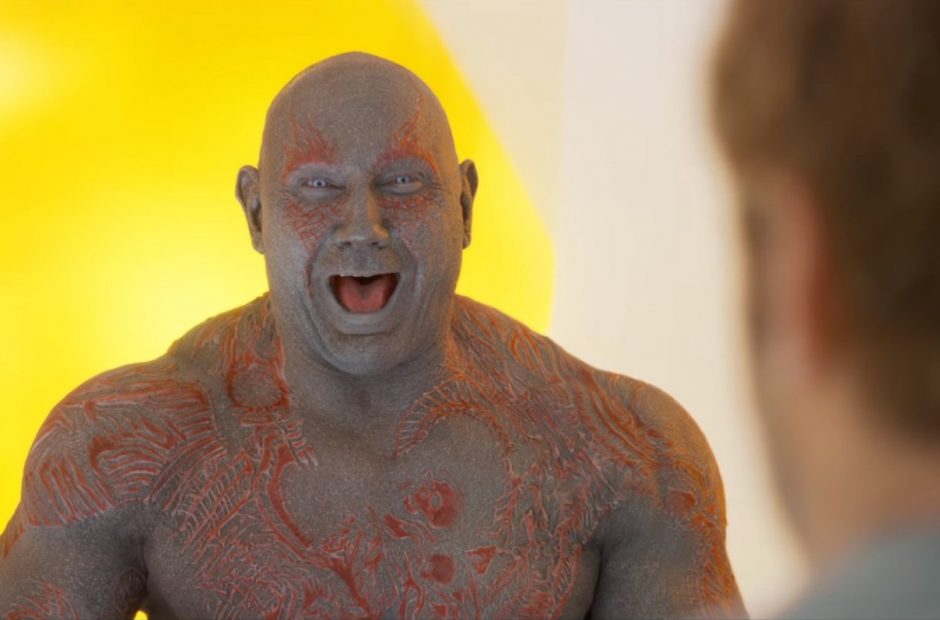 Ever since James Gunn’s sudden dismissal a few weeks ago, actors have been coming out in support of the Guardians of the Galaxy director, including Guardians cast members like Chris Pratt and Zoe Saldana to otherwise-unrelated actors like Selma Blair. None has been more outspoken against Disney’s decision than Dave Bautista, who plays Drax in the films. Now, he’s doubling down and threatening to step away from the picture despite contractual obligations.

Bautista took to Twitter on Sunday to say that he would do what he’s “legally obligated to do” but added that Guardians without Gunn is not what he signed up for and that it “just isn’t [Guardians].”

Speaking to Shortlist the next day, Bautista took things a step further.

“Where I’m at right now is that if [Marvel] don’t use [Gunn’s] script, then I’m going to ask them to release me from my contract, cut me out or recast me. I’d be doing James a disservice if I didn’t.”

On his decision to speak out at high volume compared to his co-stars, Bautista said, “I spoke to Chris Pratt the day after it happened, and he’s a bit religious so he wanted time to pray and figure it out, but I was more like, “f*** this, this is bulls***. James is one of the kindest, most decent people I’ve met.”

We’ll see over the next year or so how this all plays out. Insiders are saying Disney is unlikely to re-hire Gunn despite how clear it’s become that they made a rash decision in ousting him. Bautista, however, is one of the breakout stars of Guardians, and recasting him would put Marvel in a tough place. If he follows through with the feelings he has now, what we get in 2020 will be a strange movie.