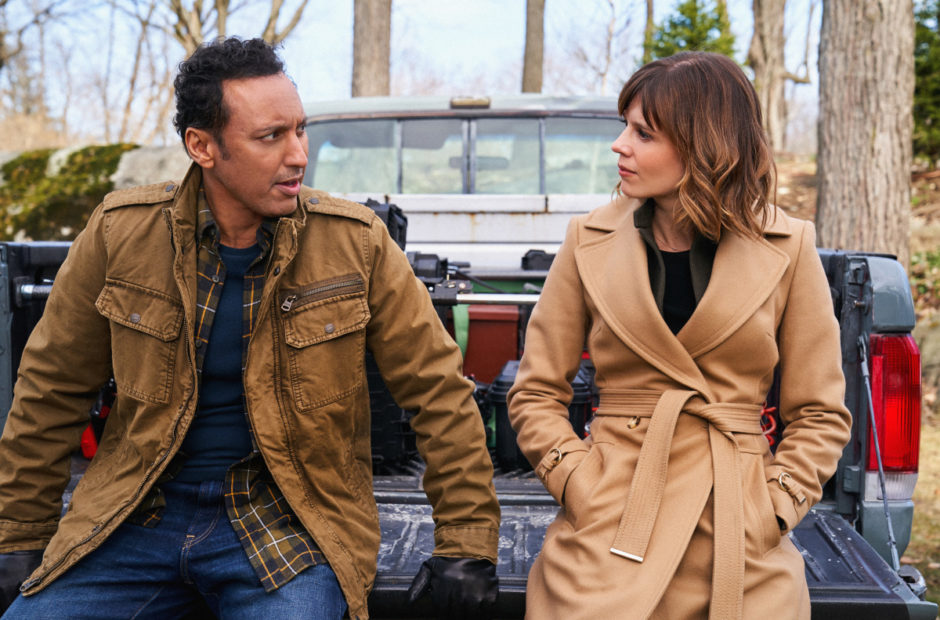 CBS has announced its new lineup, and somehow it found room for new shows with so many coming back.

Four new series will hit CBS in the Fall with more coming in at mid-season. With the loss of The Big Bang Theory, there’s going to be some experimenting going on to be sure.

At some point these networks have got to give up treating Saturday night like a wasteland. It makes no sense in this day and age.

Overall, it’s going to be a quiet Fall for CBS.

Be sure to check out the ABC, Fox, and NBC schedules as well. 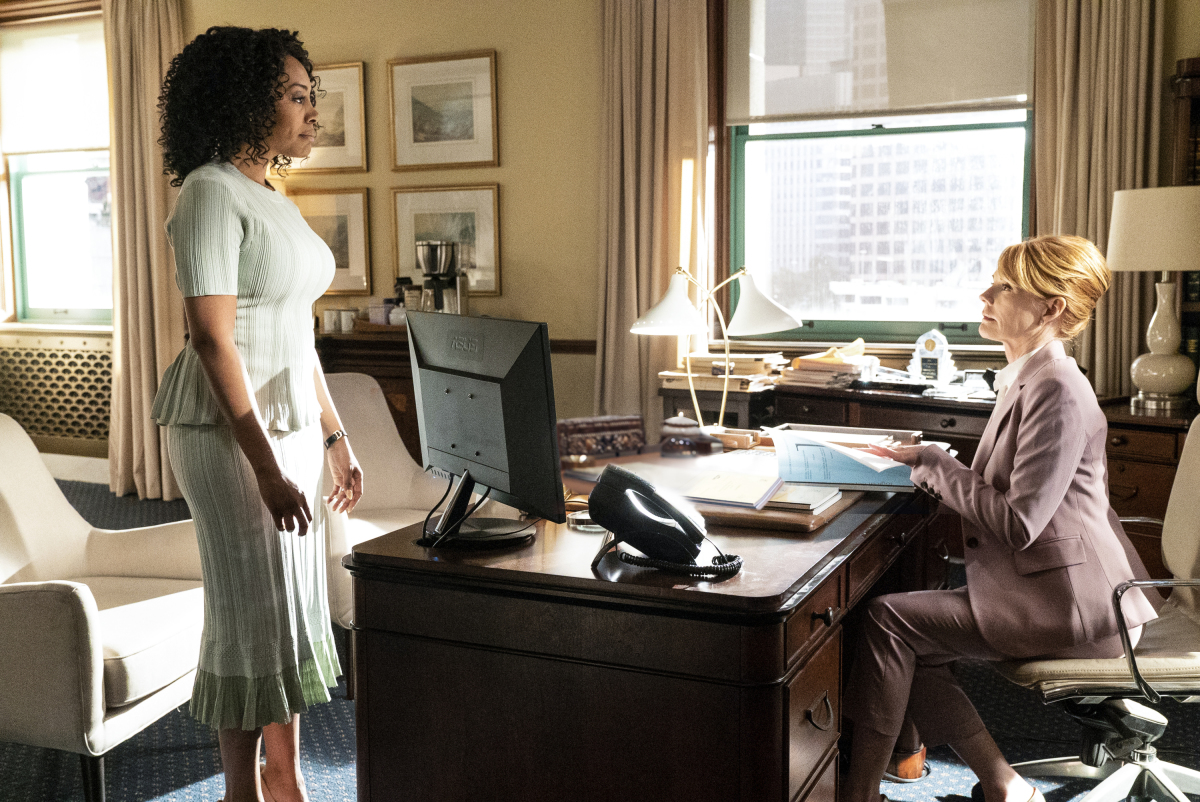 ALL RISE is a courthouse drama that follows the chaotic, hopeful and sometimes absurd lives of its judges, prosecutors and public defenders, as they work with bailiffs, clerks and cops to get justice for the people of Los Angeles amidst a flawed legal process. Among them is newly appointed Judge Lola Carmichael (Simone Missick), a highly regarded and impressive deputy district attorney who doesn’t intend to sit back on the bench in her new role, but instead leans in, immediately pushing the boundaries and challenging the expectations of what a judge can be. Greg Spottiswood, Len Goldstein and Emmy Award winner Michael M. Robin are executive producers for Warner Bros. Television. Robin directed the pilot from a script by Spottiswood. 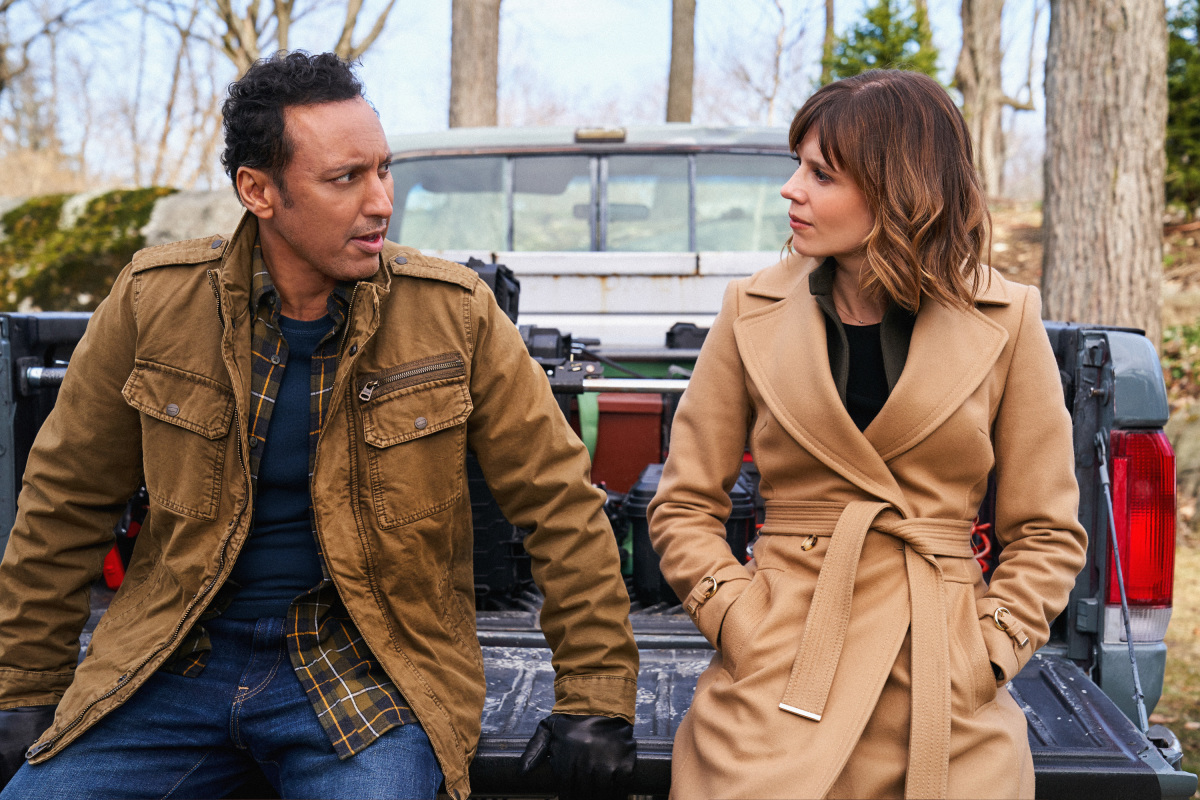 EVIL is a psychological mystery that examines the origins of evil along the dividing line between science and religion. The series focuses on a skeptical female psychologist who joins a priest-in-training and a carpenter as they investigate the Church’s backlog of unexplained mysteries, including supposed miracles, demonic possessions and hauntings. Their job is to assess if there is a logical explanation or if something truly supernatural is at work. Michelle King, Robert King and Liz Glotzer are executive producers for CBS Television Studios. Robert King directed the pilot. 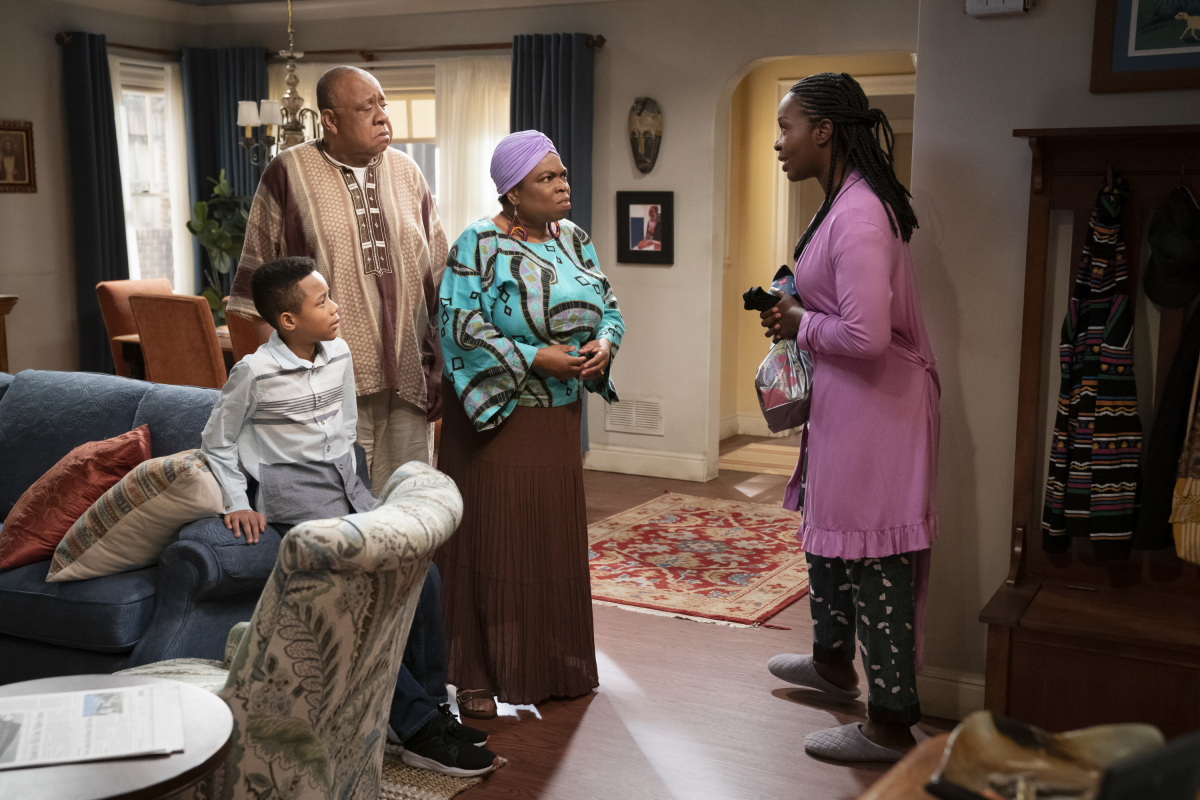 From award-winning creator, executive producer and writer Chuck Lorre, BOB ♥ ABISHOLA is a love story about a middle-aged compression sock businessman from Detroit who unexpectedly falls for his cardiac nurse, a Nigerian immigrant, while recovering from a heart attack and sets his sights on winning her over. Undaunted by Abishola’s (Folake Olowofoyeku) lack of initial interest or the vast differences in their backgrounds, Bob (Billy Gardell) is determined to win Abishola’s heart, in this comedic examination of immigrant life in America. Chuck Lorre, Eddie Gorodetsky, Al Higgins and Beth McCarthy-Miller (pilot only) are executive producers for Chuck Lorre Productions in association with Warner Bros. Television. McCarthy-Miller directed the pilot from a script by Lorre, Gorodetsky, Higgins and Gina Yashere. 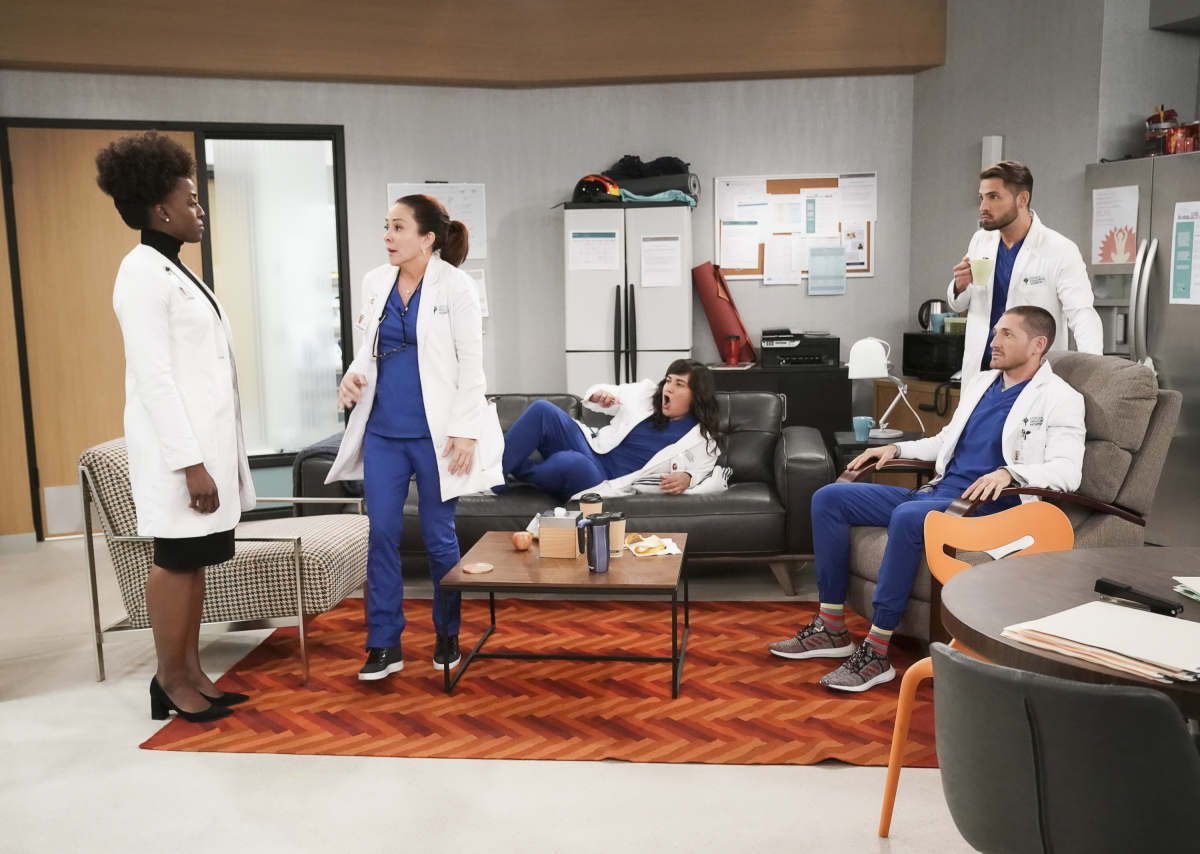 Emmy Award winner Patricia Heaton stars in CAROL’S SECOND ACT, a comedy about a woman who embarks on a unique second act after raising her children, getting divorced and retiring from teaching: pursuing her dream of becoming a doctor. At age 50, Carol is a medical intern and must sink or swim with peers who are half her age. It’s her enthusiasm, perspective and yes, even her age, that may be exactly what will make her second act a great success. Emily Halpern, Sarah Haskins; Patricia Heaton, Adam Griffin, David Hunt and Rebecca Stay (Four Boys Entertainment); Aaron Kaplan and Dana Honor (Kapital Entertainment); and Pamela Fryman (pilot only) are executive producers for CBS Television Studios. Fryman directed the pilot from a script by Halpern and Haskins. 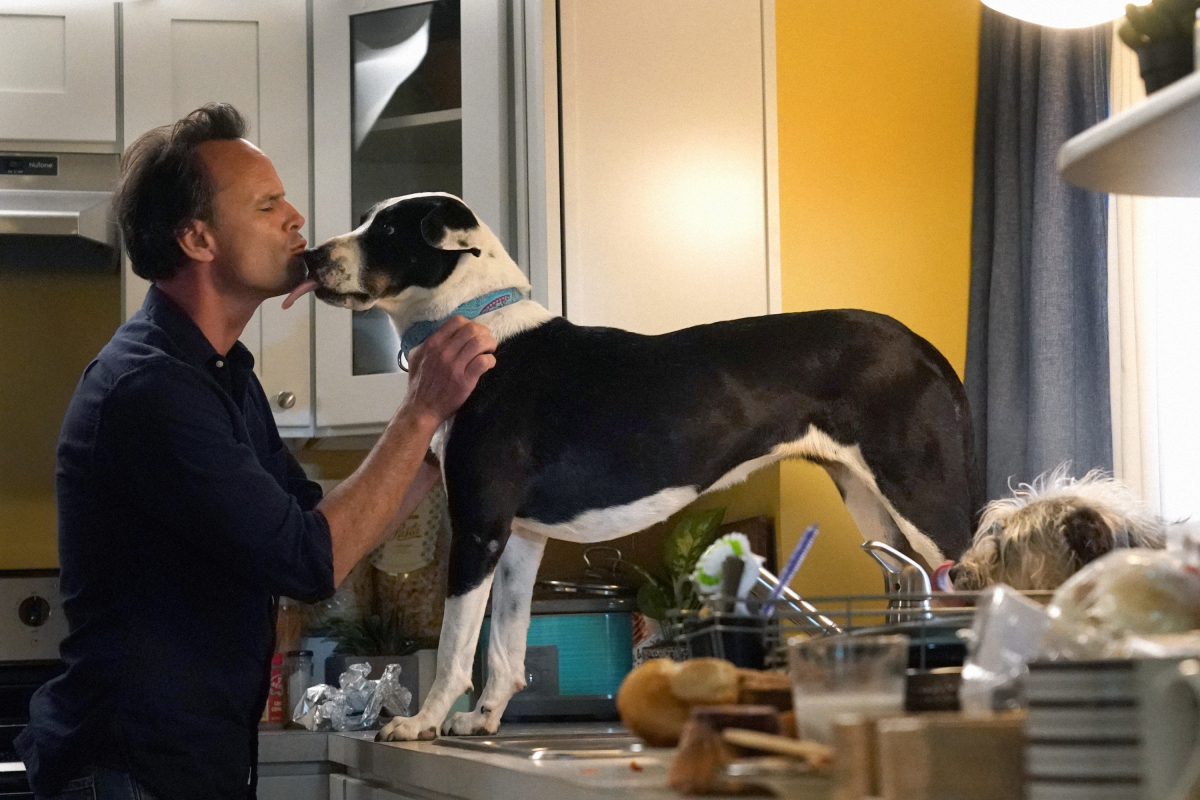 THE UNICORN is a single-camera comedy about a tight-knit group of best friends and family who helps Wade (Walton Goggins) embrace his “new normal” in the wake of the loss of his wife one year ago. As a sometimes ill-equipped but always devoted single parent to his two adolescent daughters, he is taking the major step of dating again. To Wade’s amazement, he’s a hot commodity with women, and his friends explain that he’s the perfect single guy – a “unicorn”: employed, attractive, and with a proven track record of commitment. With his daughters and best friends rooting him on and hoping he’ll find happiness again, Wade and his healing heart are ready to try life… and love… again. Bill Martin, Mike Schiff, Aaron Kaplan, Dana Honor, Wendi Trilling, Peyton Reed, and John Hamburg (pilot only) are executive producers for CBS Television Studios. Hamburg directed the pilot from a script by Martin and Schiff.