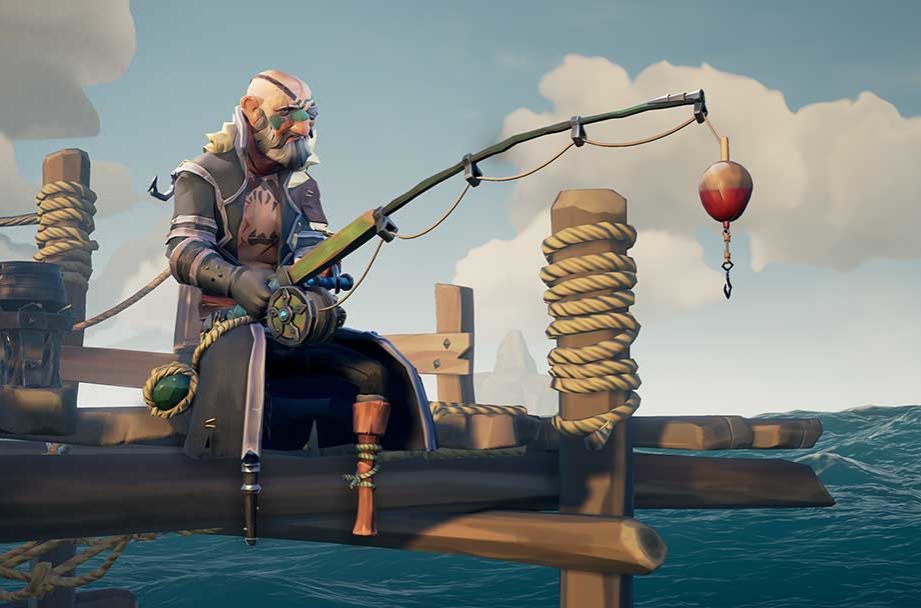 A year after launch, I can finally recommend Sea of Thieves without any reservations – it’s gone from an ambitious but empty game to a unique playspace with a little something for everyone who wants to sail the seas and discover their secrets.

A podcast I listen to talks about how there are games you date and games you marry. I want to introduce a third type: games you have a regular get-together with but don’t see each other much outside of that. Games you marry are the games you go back to night after night – games like League of Legends and Overwatch, that hold up to regular online play. Games you date are games that you play for a while and move on from once you’re done. Sea of Thieves doesn’t fit into either of those spaces. For me, Sea of Thieves isn’t a game I play daily and not even weekly all the time – but it always calls me back.

When Sea of Thieves launched, there was very little to do. Sailing, exploring, and fighting were fun, but it was very much a sandbox in the literal sense that it was a square space with some tools in which you had to find your own fun. My brother and I got a surprising amount of fun out of the game during this stage, but it’s hard to call what it was anything but repetitive. 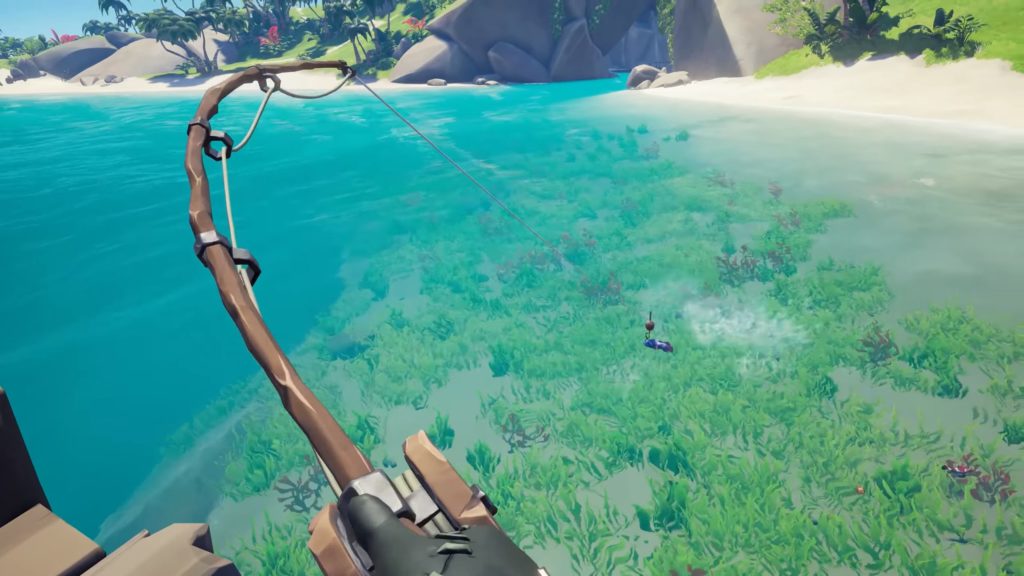 It started slowly, but Rare began to add things to the game and tweak it. The summer and fall of the game’s release saw the addition of the Megalodon monster, new and dangerous islands, PvE skeleton ships, and things like weekly quests. The game also took on new mechanics – you can find rowboats around the world and latch them onto the back of your ship, which can change the rhythm of treasure hunting and item collection. These things added fun new ways to play the game that made diving back in worthwhile. One patch even significantly decreased the install size of the game!

But now, with the Anniversary Edition officially released, I can finally say: you should play this game. This game is worth your time and money without question.

This latest update adds a bunch of stuff to do and ways to interact with the world. Ships now feature harpoon cannons that will let you swing hard around rocks for some dope ship stunts, snatch barrels out of the water, or even tug friends and enemies alike to your ship from a distance. Players can also find fishing poles in their inventories that they can use to catch any of five variations on 10 different species of fish scattered around the world with specific habitats and catch conditions. Those can then be sold off to a new “company” or used as food. 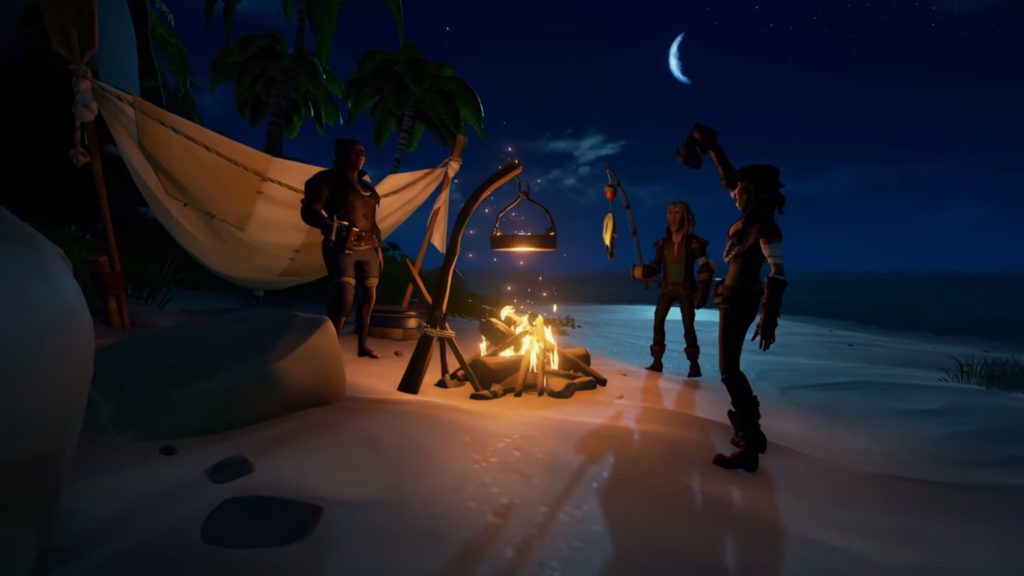 On the bigger side, ship-to-ship combat has undergone some huge changes, including a big PVP-only mode called Arena, and more detailed ship destruction. Cannonballs no longer simply punch holes in your hull, they can also knock down your mast, break your anchor, or stop your wheel. 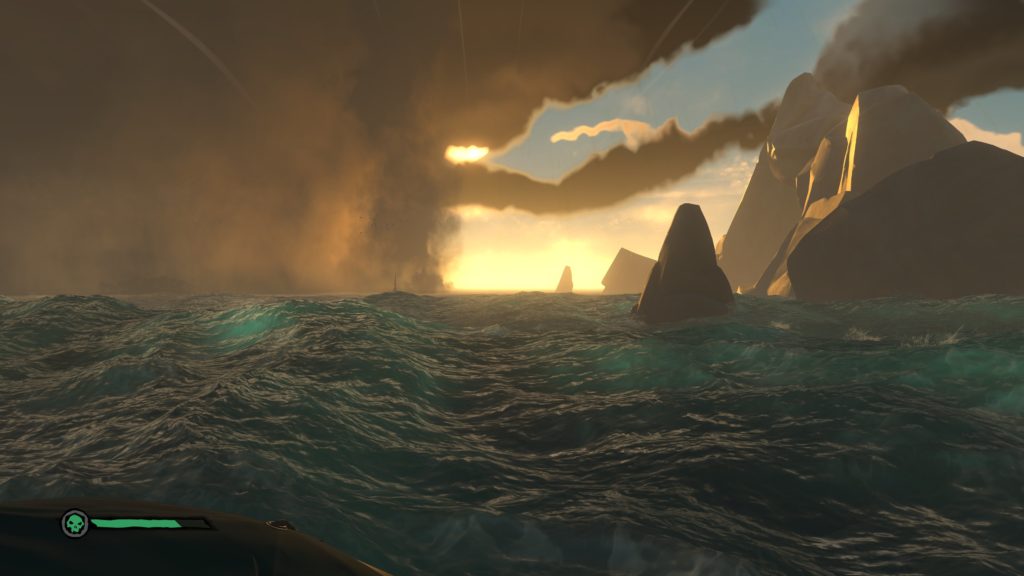 The quests can be played alone or with a full four-player crew – the former of which is a rough proposition as the game stood before. They’re easy to start, and the difficulty lies primarily in solving the puzzles.

Even just the first quest does so much to give the world texture. Without spoiling it, the first chapter of this inaugural questline has the pirate seeking out a totem that will help them find an island hidden. During the course of this chapter, I found myself diving under water into huge shipwrecks, fighting a new variety of skeleton, and solving puzzles that consist of more than just waving a lantern around in front of a painted rock. The one I encountered didn’t take a genius-level intellect to solve, but it had me tracking down an uncharted island with old ship logs, finding a key, and spinning stone columns and seeking out medallions to open a treasure vault.

Suddenly, Sea of Thieves has a past. This is a world where things have happened, and you’re coming to them after the fact. People you talk to have memories of those things happening. Things move, and when you leave the island, doors that weren’t open before are now open and the things behind those doors are now gone. The whole quest made me feel like I was doing something in Sea of Thieves that progressed the game. As much as I’ve had a blast with the game, the nature of it makes me feel static. 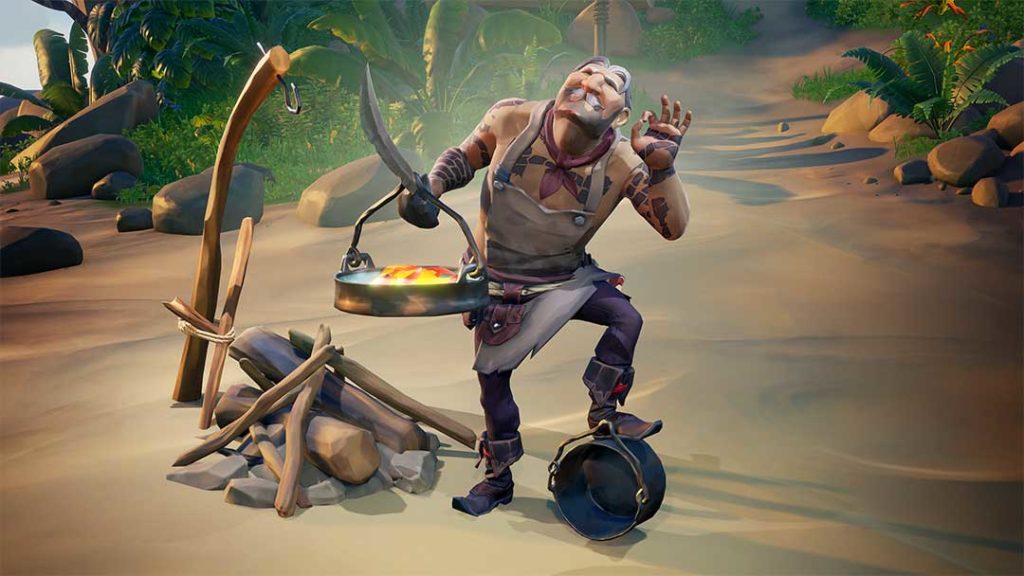 Sea of Thieves doesn’t have progression; you don’t level up, you don’t find better items. When you log out, all you retain is your gold and any of the cosmetic items you’ve bought with that in-game gold. But now, next time I log in, the second chapter of this quest will be waiting for me, reminding me that I’ve accomplished something aside from endless grinding interrupted by jerks with cannons. And better yet: this storyline, which I’ve only just begun with two hours of play, is the first of many to come, each of which promises new ways to engage.

When Sea of Thieves launched, it was a threadbare experience that offered great interaction and little depth. Now, all that interaction is still there but with tons more to do – and more on the way. If you haven’t checked out Sea of Thieves, now is the time. It’s discounted all over the place or you can pick up a month of Xbox Game Pass and play it there – for as little as $1 for a month of gameplay. There’s never been a better time to raise the anchor, unfurl the main sail, and set out onto an adventure that’s better than ever.