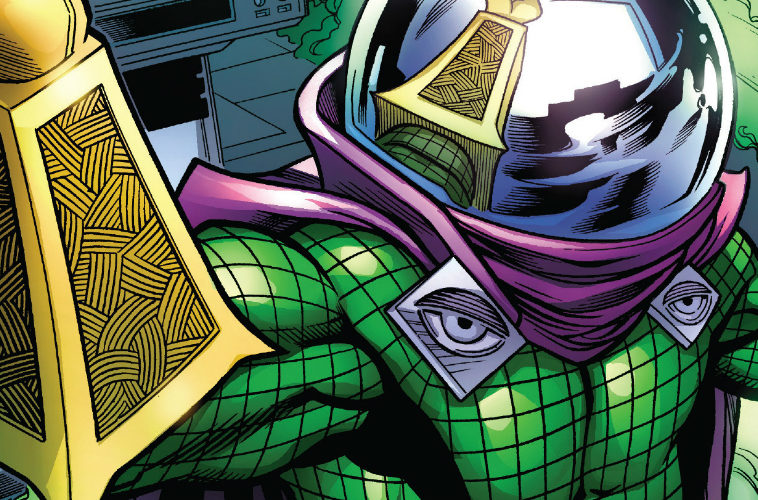 This week, the first post-Endgame footage of Spider-Man: Far from Home dropped, and it seems like it might’ve dropped a major hint about where the MCU could go next. Blah blah blach Endgame spoilers, you’ve been warned.

While Avengers: Endgame was gestating for the last year, another universe saw a major change when Disney snapped almost the entirety of the 21st Century Fox entertainment from Fox’s vaults and into its own, restoring the rights of the X-Men and Fantastic Four back into Marvel’s hands. One of the big questions coming out of that is the question of how Marvel will integrate the X-Men into the MCU. Unlike Spider-Man or the Hulk, the X-Men are legion – they’re part of something much bigger. And Spidey’s trailer might have an answer that takes care of that question.

If you paid any attention to comics in the 1990s, you know that there were about a million superhero teams related to the X-Men. X-Force, X-Factor, Generation X, New Mutants, Brotherhood of Evil Mutants, Alpha Flight, and Excalibur doesn’t even begin to cover it. But good on Marvel for not calling it X-Calibur.

With countless mutant teams come countless mutants because, unlike Spider-Man’s accident, Iron Man’s genius, or Captain America’s ‘chosen’ status, X-Men and the idea of mutantkind presupposes the idea that, at some point, the human race will undergo a sudden mutation, developing an X-Factor chromosome that will imbue a person with some ability that could be anything from the ability to literally regenerate a nearly destroyed body to the ability of having some extra skin that looks weird but can’t do much else. Some mutants look like attractive soap opera characters, while others look like they got hit with a barrel of 1990s radioactive sludge.

Anyone can turn out to be a mutant – and that’s kind of the fun of it. We’ll get into that more below, but the problem is that when you have all these super-powered people running around, how do you explain the sudden appearance of mutants?

Who would’ve thought a solution would come by in a snap? In this new trailer for Spider-Man, Spider-Dude is introduced to Quentin Beck – aka Mysterio – by Nick Fury. Fury says that Beck is “from earth – just not ours,” and explains that “the Snap tore a hole in our dimension.” Peter, ever the young prodigy, asks the obvious: “You’re saying there’s a multiverse?”

This is all speculation, but what we’re thinking goes something like this. When BannerHulk reassembled the universe with a snap, it went right – mostly. Most people came back as they were five years earlier, but for some there was a margin of error. The Unsnappening created some anomalies, because putting something back together is a lot harder than taking it apart. The burst of power resulting from the unsnap doesn’t simply restore everyone – because things are never that simple – but rather the burst tugged together two or more multiverses, DC ‘Crisis’ style.

We know that, in the process of gathering the Infinity stones, the Avengers made a few mistakes; the Iron Man-mobile lost a wheel and Loki got away (without the benefit of his redemption in Ragnarok and Infinity War), Cap decided to stay back in time, which may or may not have been part of the current MCU timeline all along, and Thanos jumping forward in time past the original snap and getting dusted there causes its own paradox. If we want to take all those as split-off timelines seriously, then there absolutely is a multiverse.

So there are all these different timelines happening in the same place in spacetime, resulting from a huge burst of cosmic energy. That brings us back around to all those mutants. The snap caused some people to come back as more than they were, and it will take some time for people to begin manifesting powers as they come to grips with their powers. It’s the only way we can think of right now to explain how mutants could suddenly appear.

But it’s not just the X-Men. A cosmic burst like that is going to attract a lot of interspace attention from beings like Galactus the Devourer, and more esoteric conceptual beings like the Beyonder, the Living Tribunal, and even Infinity and Eternity. Captain Marvel and the Guardians of the Galaxy have been making a lot of noise out in the cosmos, so it’s bound to happen. That would be the perfect time to bring in the Fantastic Four, of course.

The other possibility is that this is all a load of bunk. Mysterio is a villainous master of illusion. In the “Guardian Devil” storyline in the comics, Mysterio convinced Daredevil that he was raising an infant Antichrist. This all happened with an extensive trick that involved artificially inseminating a checks notes 15-year-old girl, making Karen Page believe she contracted AIDS while she was a drug-addicted adult-film star (thanks for that classy move, Frank Miller), and then getting Bullseye to lure Daredevil into a final confrontation. All this over the course of a year of Daredevil’s life.

I’m inclined to believe that if Nick Fury is saying there’s a multi-verse, though, that it’s good information. Fury isn’t typically one to work off hearsay, and tricking him with even a very good illusion would be quite difficult despite his lack of stereoscopic vision. But then again, Mysterio is a villain.

Further muddling these theories is a since-deleted clip where Mysterio explains that he’s from Earth-833 specifically, and that Peter and the rest of the MCU superheroes live on Earth-616.

The Marvel Comics universe has been called Earth-616 since the 1980s, the designation given by comics writer Alan Moore. Earth-616 is the Marvel earth we know and love, where Superheroes have been around for decades. The MCU, meanwhile, has been called Earth-19999 by fans. This is the Marvel universe where superheroes became public knowledge in the early 21st century when some guy declared himself “Iron Man.”

Those two seem to stand in direct opposition with each other, and that’s… not a problem. Just as the DC universe has its various earths, the MCU has its collection. Earth-833 is the original earth of Spider UK, as revealed in the Spider-Verse comic series, and is destroyed in an Incursion (Marvel’s equivalent of DC’s “Crises”). Having dozens of universes makes it possible to keep all your heroes canonical and separate until the time-space continuum makes it necessary for them to meet. It’s not a problem for the movie and comic universes to be separate.

Except this is the second time that this number has been referenced. In the oft-unwatched Thor: The Dark World, Dr. Selvig rambles about how his reality is dimension 616.

So Marvel could be messing with us… but it might not be.

I hope that Marvel is ready to get buckwild with timelines and multiverses, though. For all the trouble the Arrowverse has had over on the CW, some of its best and most entertaining moments have come from multiversal crossovers. And it’s worth noting that Marvel has an animated “What If…” series coming to Disney+, a concept that world work in concert with the multiverse idea very well. Once the multiverse has been introduced, all Marvel has to do to start an episode is say “Meanwhile, on Earth-93121…” and away we go to revisit the 90s X-Men cartoon or see Peggy Carter as the super soldier.