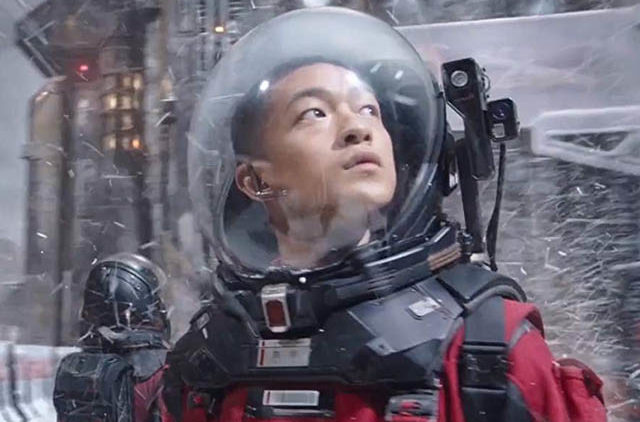 Without so much as a whisper, one of the highest grossing films of 2019 has arrived on Netflix. Be sure to search for The Wandering Earth.

Produced in China for $50M, this film has gone on to be a smash hit taking in $699.76M globally. Of that amount, $691.66M of it was brought in at the Chinese box office, making it the second highest grossing film in the country’s history.

Based on a novel, The Wandering Earth tells the story of humanities attempt to move the Earth out of our solar system as the Sun is on its way to becoming a red giant. The governments of Earth combine into one body, and then begin construction on 10,000 engines to be placed around the globe to move us along a 2,500-year journey to Alpha Centauri.

Needless to say, there are a lot of issues that come along with such a move, and that is where the challenges of the film come in.

It had been announced in February that Netflix would be handling the international streaming rights to the film, but there was no indication when it would be added to the platform. With no comment, the film was added to the service over this past weekend. We’ve confirmed its there, and even started watching the first few minutes of it. (We wanted to watch more, but this thing called “work” got in the way.)

From our little glimpse of it, it’s a lavish looking movie, and certainly looks like more than a $50M dollar film. And we’re a sucker for a film that makes that much money that hardly anyone has heard of.