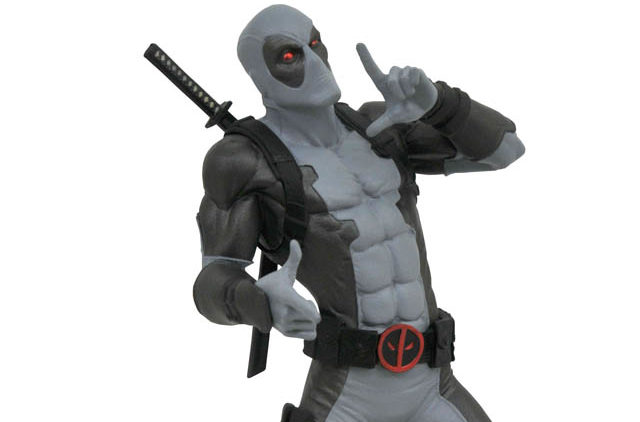 San Diego Comic-Con 2019 is rapidly approaching, and with that begins the onslaught of exclusive items that will be for sale on the show floor. This is always one of the most exciting parts of the show, and it appears there will be a lot to choose from.

Diamond Select Toys has pulled back the curtain to show off what you will find at its booth, and it is a diverse mix. From Turtles dressed up as Batman, to Deadpool, there seems to be something for everyone.

The number of pieces for each varies, so start making your battle plans for which ones you need to go after first.

SDCC 2019 DC TMNT MICHELANGELO AS BATMAN ACTION FIGURE – DC COLLECTIBLES
Based on the hit DC Comics crossover, Batman vs. Teenage Mutant Ninja Turtles, Mikey is decked out in Batman’s iconic cowl and cape in this awesome 2019 San Diego Comic-Con exclusive. Accessories include a sewer lid, pizza and extra sets of hands. This figure is limited to 10,000 pieces. (SRP: $30.00)

SDCC 2019 DC GALLERY SPEED FORCE FLASH PVC STATUE – DIAMOND SELECT TOYS
Time to enter the Speed Force! This exclusive 9-inch scale PVC diorama of the Flash racing across a wave is the latest in the DC Gallery line. Made from high-quality plastic, this detailed translucent sculpture delivers the look of a resin statue at a fraction of the price, and is in scale to all Gallery and Femme Fatales PVC dioramas. Flash Fact: It comes packaged in a full-color window box, and is limited to only 7,000 pieces! Designed by Caesar, sculpted by Joe Menna. A Diamond Select Toys release! (SRP: $50.00)

SDCC 2019 MARVEL GALLERY X-FORCE TACO TRUCK DEADPOOL STATUE – DIAMOND SELECT TOYS
Deadpool returns to SDCC in style! Unfortunately, his ride got trashed along the way, and Deadpool is posed atop a destroyed taco truck base, sporting bunny slippers and wielding twin finger guns with the safeties off! This exclusive X-Force Edition of Deadpool stands approximately 10 inches tall and is made of high-quality PVC with collectible-quality paint applications. Packaged in a full-color window box. Designed by Caesar, sculpted by Cortes Studios! Limited to 10,000 pieces. A Diamond Select Toys release! (SRP: $50.00)

SDCC 2019 X-MEN MEA-009SP PHOENIX PX FIG – BEAST KINGDOM
With the debut of Marvel Comics’ X-Men in 1963 the world was introduced to one of the most infamous superhero groups that ever existed. The 1992 hit TV series has since become a staple of classic animation.

Cyclops, leads the pack with his laser-eyed beams, which he contains with a special optical visor. Wolverine the unpredictable, wild card assists the X-Men with his adamantium claws. On the opposite end, Magneto is the regular foe of the team, who controls metallic elements with his mind, who uses levitation to soar above his enemies!

Finally, in the middle stands the great Phoenix. The on-off love interest of Wolverine, Jean Grey becomes arguably the most powerful mutant in the series, with near godlike abilities.

SDCC 2019 DC HEROES BATMAN DAMNED BATMAN STATUE – ICON HEROES
From the hit DC Comic written by Brian Azzarello and illustrated by Lee Bermejo comes this Batman Damned statue! Fans of the DC Comics hero will be in awe of the details put into this new statue that has been expertly crafted to feature Batman’s intricately texturized suit and accurately captures the illustrations of Lee Bermejo in stunning 3D! This collectible polystone statue stands about 6″ inches tall, is hand painted, individually numbered, and includes a Certificate of Authenticity. This statue is limited to 3000 pieces worldwide, so don’t miss out! (SRP: $60.00)

SDCC 2019 MARVEL INFINITY GAUNTLET SNAP PX DESK MONUMENT – SURREAL ENTERTAINMENT
The Infinity Gauntlet, the powerful glove wielded by Thanos and bejeweled by the six Infinity Gems, can decorate your office with this statue! You won’t need to scour the universe to collect the Gems, as they are already affixed to the monument. This stunning reproduction of the Marvel Universe’s powerful artifact may not have the power to reshape the universe, but it will look magnificent in your office or at home! This Con-exclusive version of the monument features the gauntlet at the critical moment Thanos snaps his fingers and is limited to 2500 pieces worldwide, so don’t miss out! (SRP: $19.99)

SDCC 2019 POP RICK & MORTY PICKLE RICK GID PX VINYL FIGURE – FUNKO
I’m A Pickle Morty! In the third episode of Rick and Morty Season 3, Rick transforms himself into a pickle… basically to get out of a Family Counseling session with Beth and the kids. We all know how that worked out for him… This special Glow-in-the-Dark San Diego Comic-Con Exclusive Pop! figure depicts Rick Sanchez in his earliest pickle form, free of limbs and reveling in his pickleness! Pickle Rick stands 3 3/4″ tall and comes with a display base. Window box packaging. Limited to 25,000 pieces. (SRP: $11.99) 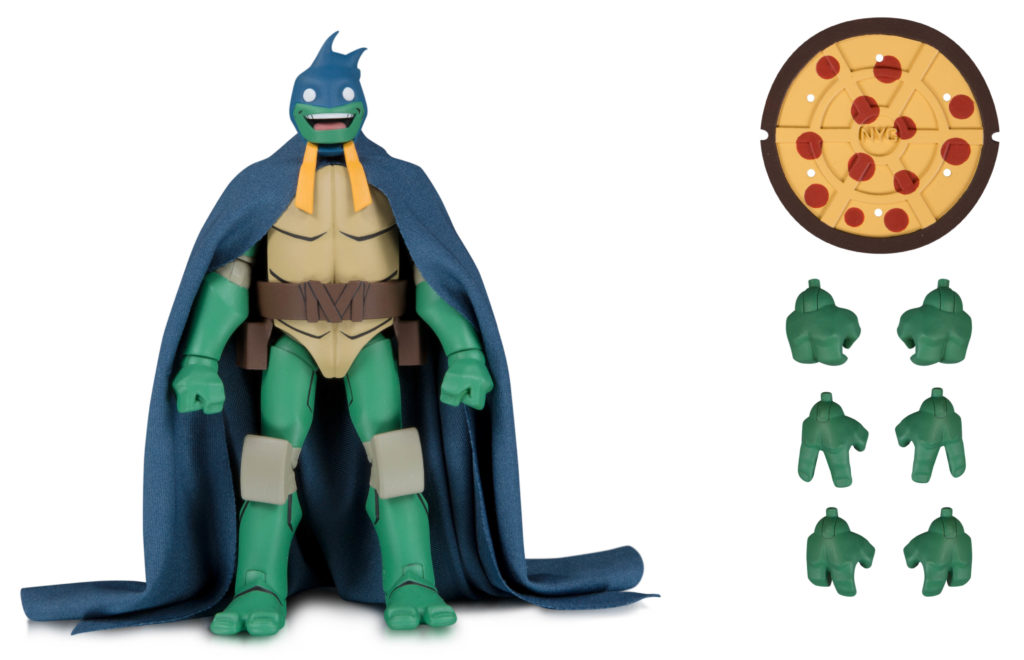