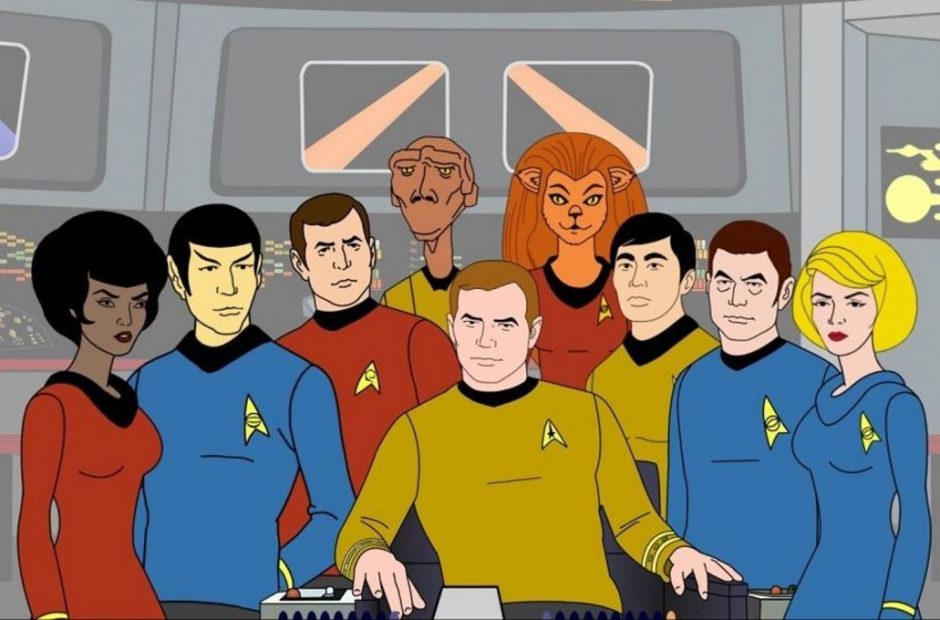 There’s a new Star Trek animated series on the way, and it’s heading to Nickelodeon.

It was announced on Wednesday that Nickelodeon has given a series order to a CG-animated Star Trek series about a group a of teenagers that find a derelict Starfleet ship. They will then use the ship in search of adventure, meaning, and salvation.

The new series will be headed up by Kevin and Dan Hageman along with Star Trek overseer Alex Kurtzman.

“Star Trek’s mission is to inspire generations of dreamers to build a brighter future,” Kurtzman said in a statement. “Dan and Kevin have crafted a story that honors its exploratory spirit in a way that’s never been done before, while the Nickelodeon team blew us away with their excitement at bringing Trek to a younger generation around the world.”

The Hageman brothers added, “Star Trek, Nickelodeon and the state of animation are doing incredibly ambitious things as of late. We couldn’t be more excited to jump aboard.”

“Partnering with CBS Television Studios and the creative masterminds behind the Star Trek franchise is an incredible opportunity and allows our audience to discover rich characters and new stories,” said Ramsey Naito, executive vice-president animation production and development at Nickelodeon. “Star Trek is a franchise loved by generations of fans around the globe, and adding Nickelodeon as home to the next animated series is a perfect fit.”

It sounds as though we’re about to find out just how much Star Trek the world can handle at once.