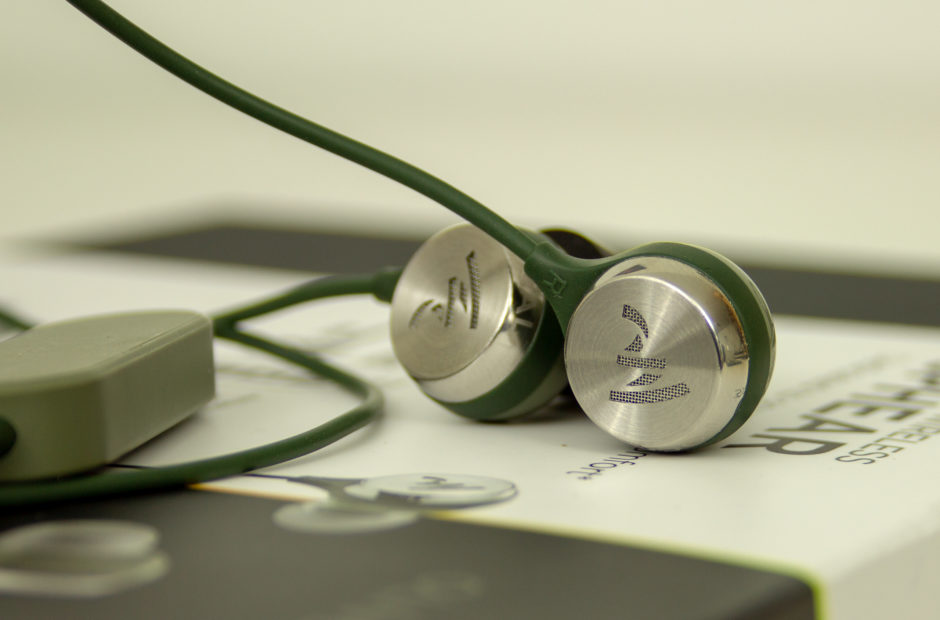 When picking out any pair of headphones, you’re making a compromise of some kind between price, features, and quality. It can be really tough to find something that feels like it’ll serve all your needs

The Sphear Wireless earbuds are banded wireless headphones. That means the two buds are connected by a length of wire that also features a pod for the controls and one for the battery and Bluetooth hardware. They’re about as light as something like this can be, tI wore them primarily with the black memory-foam ear tips. They came with three sizes each of these and silicone tips.

The set that Focal sent me for this review are olive green. That happens to be one of my favorite colors (despite finding olives themselves to be nothing short of inedible), so it was nice to have a set of earbuds that I really dug wearing. Like many other Focal buds and phones, the Sphears are capped off with the logo on a steel end cap.

One thing that stood out as odd to me was that the controls are on the left-hand side of the band, while most of the banded headphones I can ever remember wearing feature controls on the right side. For me, that made it tough to remember which ear was which without looking at the headphones first.

The Sphears offer 8 hours of battery life. During my listening with them I went through the battery a few times, and that time rings pretty true to me. The control module has a USB Micro port covered by a rubber flap, and plugging it in will charge the headphones up in about two hours.

Aside from that, the headphones offer a few nice features. Holding down the + and – buttons together will switch to a loudness mode setting, meant to help with using the headphones in louder environments. I wasn’t a fan of it, but it’s there. You can answer calls on it, and it sounded acceptable, though this isn’t a feature I use frequently, admittedly.

While the Sphear Wireless earbuds don’t come with any hardware specifically for keeping them in ears during activity, they feature a magnetic clip to ensure they won’t fall down if they do fall out. I didn’t ever feel like they were going to pop out during use, but more active users might be able to shake them loose. 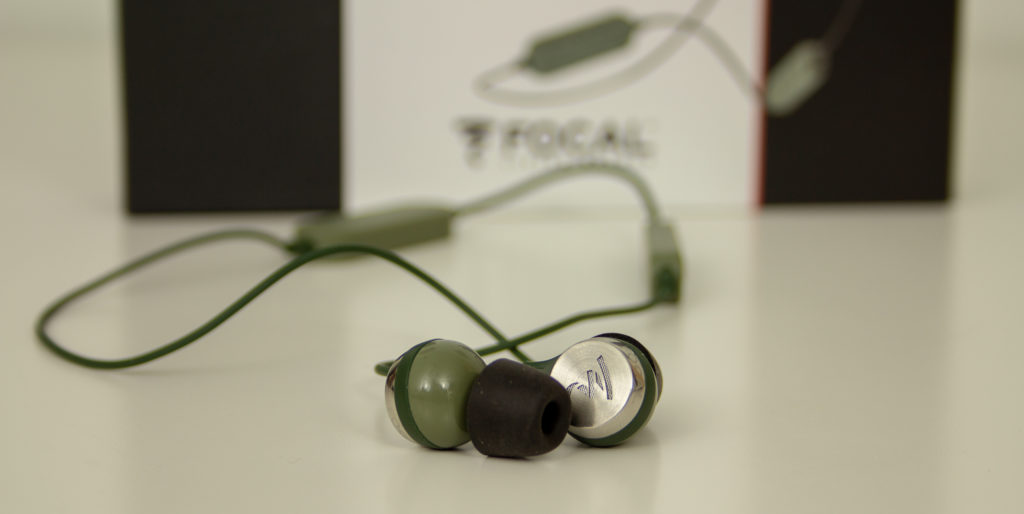 This is where the Sphears really shine. They’re pretty standard – if good-looking – banded wireless earbuds, but I love how they sound. The love only grows when I remember the price.

The overall sound profile is loud and sharp. Music sounds vibrant and lively – especially acoustic stuff and bass guitars. I was really impressed by the feeling of space the Sphear headphones gave me. It can be tough for earbuds to give a sense of space. With the Sphears, I could almost forget I was wearing earbuds – that’s incredible.

I really enjoyed the way songs like “Man in the Box” by Alice in Chains and “Of Wolf and Man” by Metallica showed off how much punch the headphones can add to the bass of the former and the drums of the latter.

At the same time, though, I did find some downsides. Compared to my Shure SE535s – which are admittedly far more expensive and running on AptX HD instead of AptX – the sound felt artificially amped up. In Stone Temple Pilots’ “Vasoline,” I noticed some extra sharpness during the chorus, with sibilant ‘S’ sounds being particularly prominent. In Miles Davis’ Blue in Green, the bass in the upright bass resonated uncomfortably.

Even so, wearing the Sphear Wireless headphones is a blast.

At $129, the Sphear Wireless headphones offer a really nice balance of good sound and solid battery life. They’re not enough to shake me off my Shure SE535s, but that’s not a fair contest. I think most listeners will dig the clear sound and solid isolation. They’re light and comfortable, and will last a day before needing a charge. I wish the headphones had USB Type-C instead of USB Micro – both because I think it’s a studier connector and because I think that rubber flange could break off in time and USB Type-C has splashproof options. Even so, at $129 these are great earbuds that I’d recommend to anyone digging around in that price range.

Disclaimer: We received a review unit from the manufacturer and spent about 30 hours using the headphones before starting this review.