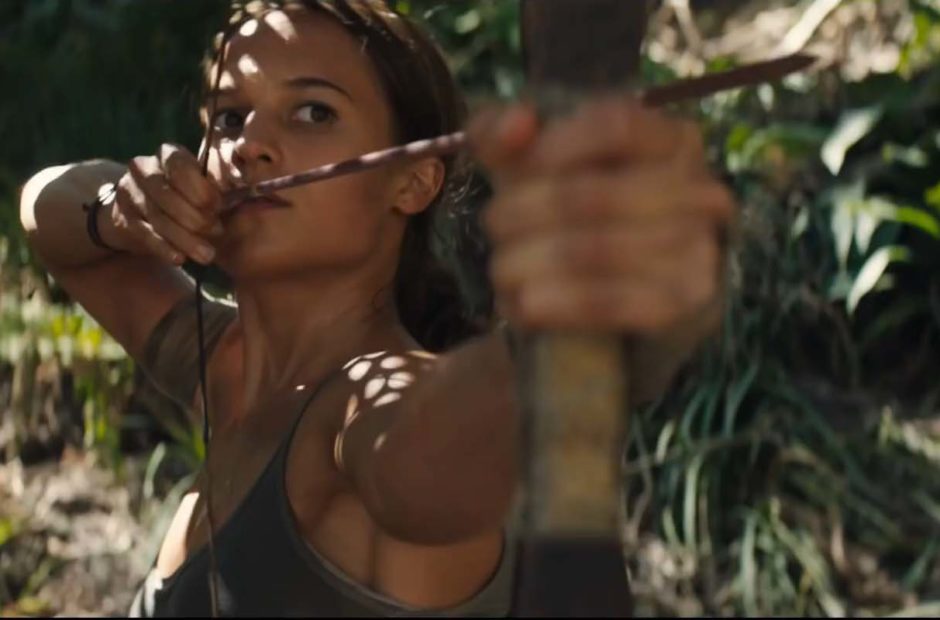 Prince of Persia. Tomb Raider. Super Mario Bros. Doom. Tomb Raider, a second time. Why do video game movies seem to always suck? With Detective Pikachu‘s release this weekend and the Sonic the Hedgehog movie making waves of all the wrong kinds – as well as movies based on big action properties like Metal Gear Solid and Uncharted further out – now is a great time to revisit the question. Video game movies have been almost universally panned with a few exceptions, and I want to dive in and figure out why.

The Famous Stuff, Not the Good Stuff

The most obvious problem is that Hollywood is a giant machine concerned primarily with money. Sometimes we get really, really lucky, and we get stuff like Black Panther and Thor: Ragnarok out of this machine, but without a firm, knowledgeable hand guiding the machine, it’s hard to tell what it’ll spit out.

Because money is the main goal, the rich guys signing ink with pens we definitely can’t afford look not at what will make a good movie, but what will make a popular movie. And it makes sense! When you’re in charge of making sure a business stays alive and keeps growing, you have to make decisions like that. But there are ways to find spaces with a happy medium.

Detective Pikachu is doing well in reviews. Instead of focusing on the simple goal of Being The Very Best, The Best that Ever Was, the movie is about a teenage boy trying to figure out what happened to his father and a Pikachu that talks trying to figure out why he can talk and why he has amnesia. This story already gives room for its main characters to grow instead of simply fight. The movie combines the marketability of Pokémon with a much stronger concept than the base Pokémon conceit.

I can’t help but think about Tomb Raider and Uncharted here, too. They seem tailor-made to be movies, but that’s because they started that way. In a sort of cinematic ouroboros, Uncharted is a male version of Tomb Raider‘s Lara Croft, who is a female version of Indiana Jones – it’s hardly an insult to say that when the lift is so obvious and intentional; A gun-toting, monster-punching archaeologist uncovering ancient secrets, experiencing real magic, and making it out with little more than their icon accessories intact.

Some of the Uncharted and Tomb Raider games are unquestionably modern classics that deserve all the praise heaped on them, but they’re derivative. It’s easy to look at them and see through the thin tracing paper hiding the Indiana Jones logo. Angelina Jolie and Alicia Vikander both did stellar jobs bringing their incarnations of Lara Croft to life, but the stories they were jammed into felt like cheap knock-offs of Indy stories.

A peek over at the success of the MCU shows us that building off of your biggest and best isn’t always the path to greatness. Iron Man is a fan favorite these days, but he didn’t hold a candle to the X-Men 15 years ago.

A Matter of Format

Lots of popular games have really dumb, lightweight stories. What makes them so popular and well-loved isn’t the story itself, but the ways we’re allowed to interact with those stories. In simple games, we can explore the game world and bounce around it as we please. In dialogue-driven games, we can mold the story to make it feel personal. Super Mario Bros. lets us throw ourselves around the world with abandon, assisted by well-tuned controls. We don’t care about Princess Peach’s plight in the moment to moment. It’s about bouncing off Goomba heads or turning into hat-wearing dinosaurs. In Mass Effect, the overarching story is fine, but not groundbreaking. Rather it’s the fact that the Commander Shepard we’re making is our Shepard, from her look to his decisions, it’s unlikely that your Shepard is very much like mine – and that’s what matters.

In both cases, it’s the play that matters – not the story.

Sometimes, movies almost get it right. The 2006 Silent Hill film, directed by Christophe Gans, got so close. Gans was a big fan of the property, which is a great starting point. He adhered strictly to the aesthetic and ambiance of Silent Hill, right down to using the soundtrack from the second Silent Hill game in his movie. As a rabid fan of the series, it was a joy to watch. But the story was only okay, and Gans misunderstood the meaning of Pyramid Head, the series’ iconic monster. Instead of an avatar of guilt, denial, and lust, he simply became a scary monster who tears someone’s skin off their body like Arthur Morgan skinning a rabbit in Red Dead Redemption 2. Notably, Silent Hill was one of the few movies where Sean Bean doesn’t die. Not even kidding.

In the case of many games, there’s simply not a version of that movie that could be good in any timeline. I feel safe saying that there’s no such thing as a good Mario movie anymore than there’s a good Wii Sports movie. History has borne this out so far. Sonic, unfortunately, is sitting in the same boat as Mario, rowing while water floods in. Maybe Sonic will be good. Probably not. I’d love to be wrong.

Good Lore Does Not Make a Good Story

The Lord of the Rings films were a beloved trilogy of movies that realized the potential of a beloved trilogy of books. The Hobbit films were a trilogy of movies that stretched a single book beyond breaking point by pulling from things like the Silmarillion and parts of the Lord of the Rings books that weren’t interesting enough to make it into the movies. Even the most interesting lore often amounts to little more than a fictional history book, and there’s a reason we read biographies and historical fiction for fun, rather than straight, dry history books. We’re interested in the characters of these histories, not in the events and the order in which they happened.

And that brings us to movies like the World of Warcraft film. The Warcraft series – and other Blizzard series like Overwatch and Diablo – is chock full of lore and smaller stories, evidenced by the epic cutscenes and short films these games spawn. But the stories don’t hold up to the two-hour cinematic treatment as well as they do to more episodic, and more shallow renditions.

The Elder Scrolls series has a literal encyclopedia worth of lore to pull from, but not one of the games has an interesting story, even if they’re fun games with great worlds. What makes an open world interesting doesn’t make for a good story. A painstakingly detailed world isn’t a story on its own.

Most mainstream games are goal-oriented experiences. Achievements and trophies remind us that every hour of gameplay or so. That means they’re relatively simple and light on actual story. Most of the character interactions are characters giving you tasks or telling you that you’ve completed tasks. Often times, the story that directly precedes the game ends up being the more interesting one. Spoilers for Horizon Zero Dawn and possibly BioShock to follow.

Horizon Zero Dawn presents this interesting world full of mysteries to uncover and monsters to fight. It’s fun to uncover those mysteries. But as I look back on it, the thing I’m most curious are the events that triggered that world. There’s this story delivered through audiologs of some greedy military contractors accidentally unleashing a self-replicating, biomass-consuming machine on the world, and the small group of scientists work feverishly to not stop it – it’s too late for that – but to come up with a way to restart humanity afterward. We get to listen into the twilight of humanity. Aloy’s story makes a great game, but that story sounds like a more interesting book or movie. BioShock is a game built on the twist of its interactivity – the Would You Kindly moment is legendary in games. And that’s just it – the game plays with the idea of interactivity and free will in a way that requires it to be a game. A movie about the downfall of Rapture and Andrew Ryan’s disintegration would be far more interesting.

I have a feeling that we’re going to finally see some directors who understand how to turn games into movies soon, the way we finally have good comic book movies in the last 10-15 years. Thus far, though, movies based on video games are picking at all the wrong parts of our favorite titles when bringing them to life. I don’t have the answer of how to make a good video game movie – but it’s not too hard to step back and see what’s wrong with the ones we do have.