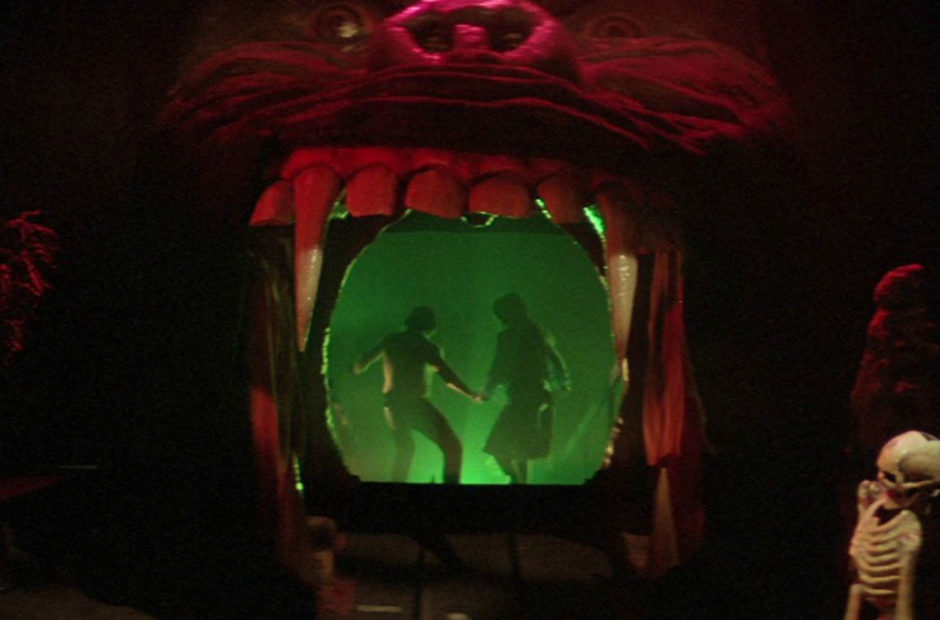 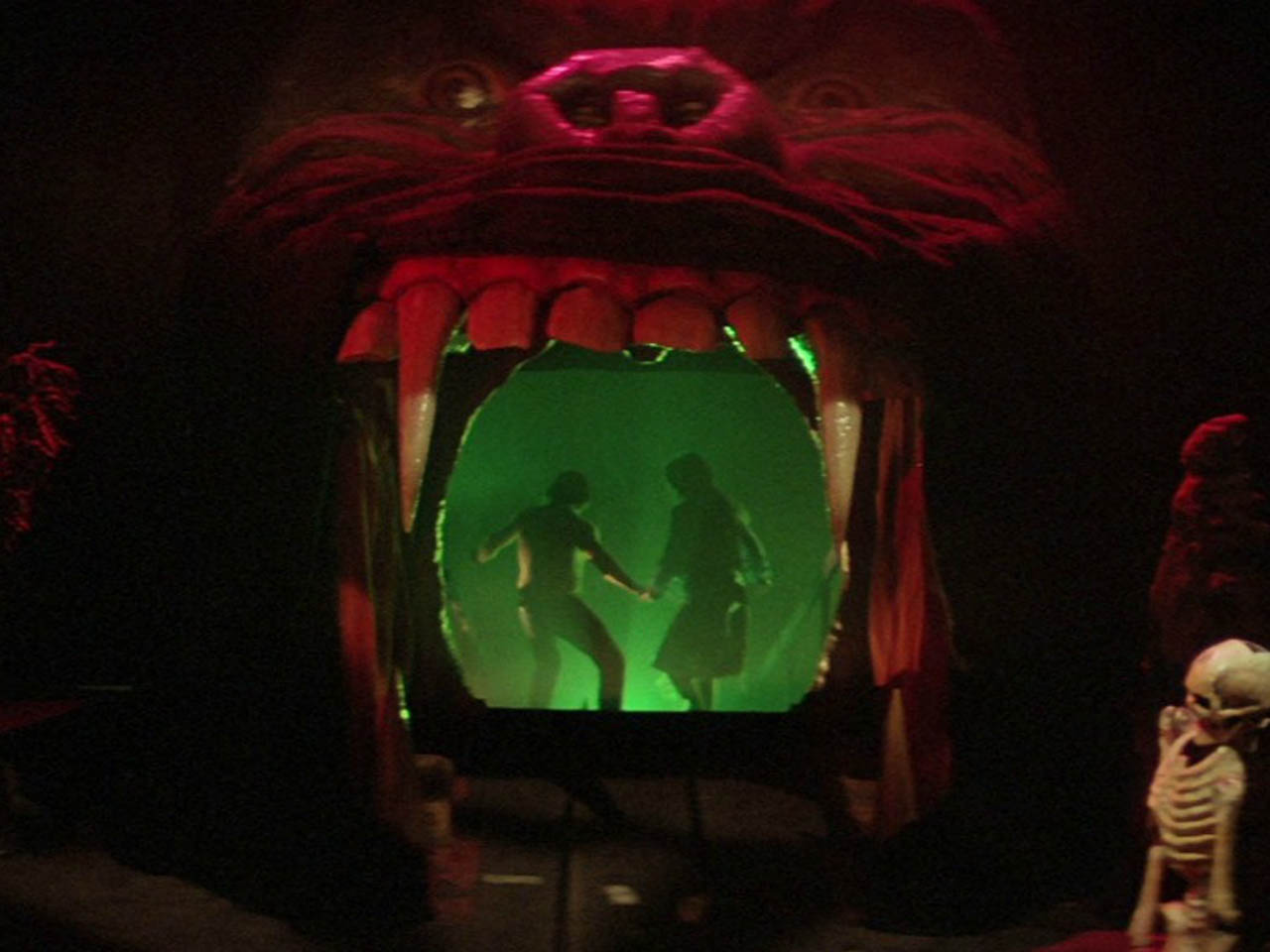 It seems that the early part of 1981 was heavy on the slasher films, and the quality of them varied greatly. While Maniac was a definite miss for us, The Funhouse upped the game a bit.

Set in a traveling carnival – with possibly the most elaborate Funhouse I’ve ever seen for a traveling show – four teens get more than they bargained for when they decide to hide in the ride overnight to avoid having to deal with parents. Their night is quickly interrupted when they see the speechless Gunther murder a co-worker after a disappointing sexual encounter. Gunther, who is disfigured, mute, and all of the usual tropes, is then ordered by his father to kill all of the teens due to what they saw.

Directed by Tobe Hooper (Texas Chainsaw Massacre) the film is a surprisingly coherent story. Potential plot holes are covered more than you usually see, the acting is a bit above par, especially from Elizabeth Berridge as Amy, and Hopper’s directing is spot on.

The only place this falls down, and this is a personal nitpick, is I tire of the deformed “monster” killers. I prefer your more “could be anyone really” type killers you get from the likes of Psycho to even My Bloody Valentine. True, I should have gotten that joy from Maniac, but that film had other issues to deal with.

Despite my issue with the deformed killer trope, The Funhouse works on a lot of levels and should be added to any slasher film rotation.

The 1981 movie reviews will return on March 20 with Omen III: The Final Conflict and The Postman Always Rings Twice!