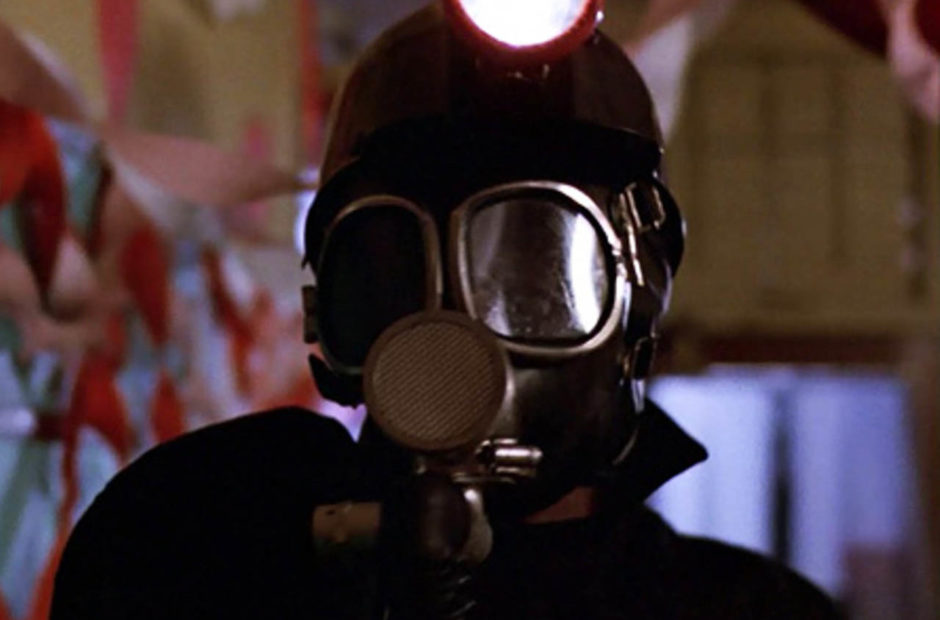 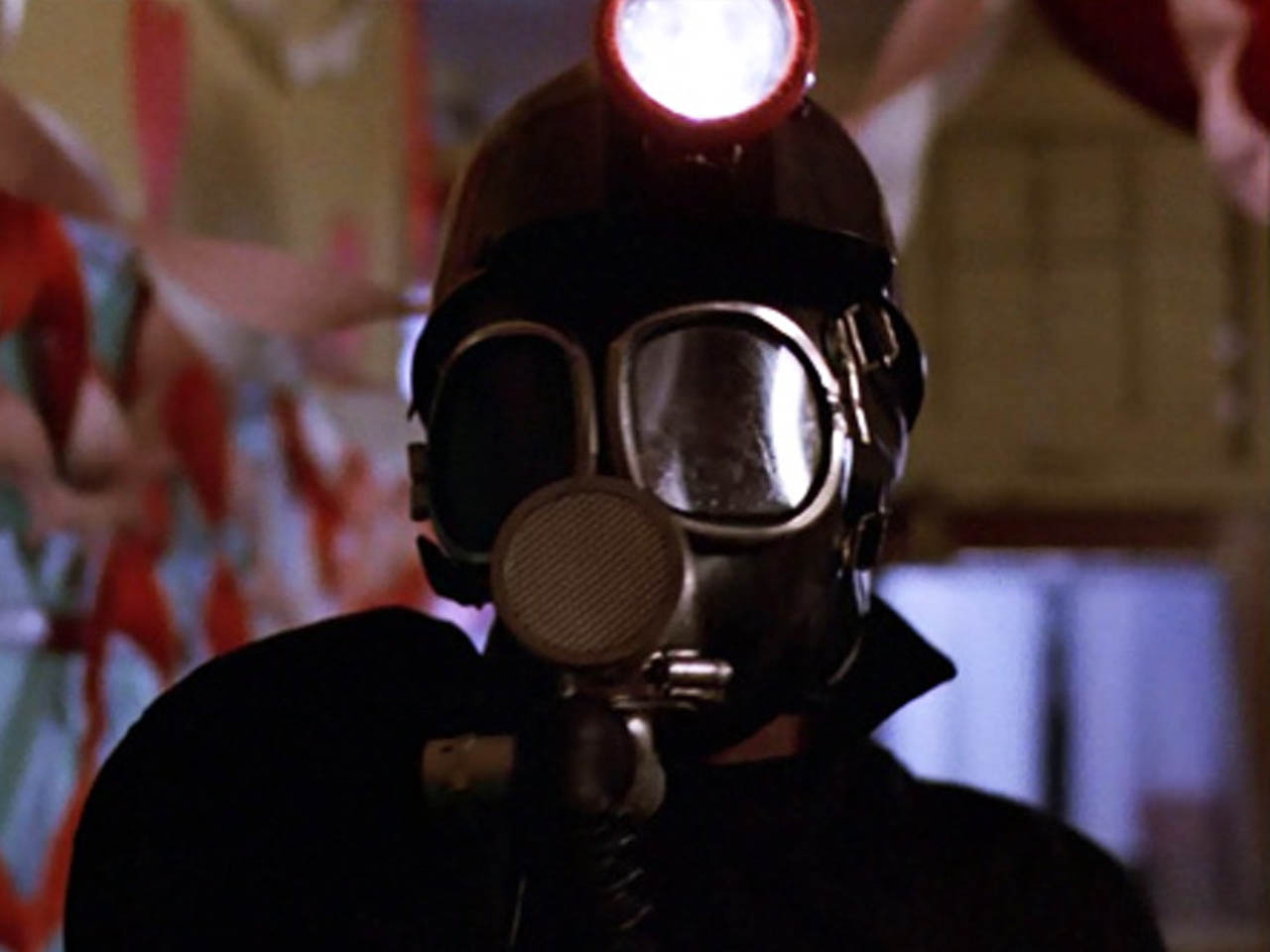 Halloween was an amazing horror film and is credited with kicking the slasher genre into high gear. The problem I’m discovering during this project is that people didn’t understand the formula that made it work.

It was not “Holiday + Trauma = Slasher Film,” but that is most definitely the lesson the makers of My Bloody Valentine walked away with.

21 years before the movie, a cave-in at a local mine during a Valentine Day dance angered one of the survivors. His supervisors had left early for the dance and didn’t check to make sure everyone got out. When they finally got down to him, he was the last one alive and he hadn’t eaten his fellow miners to live.

The next year he broke out of a mental institution and killed the supervisors and said the would return should they ever another Valentine’s Day dance in that town.

Sure enough, 20 years later they have a dance and the killings resume. And while some of the murders make sense along the same logic lines of the previous ones, some other just feel completely random and disconnected.

The main issue I had with My Bloody Valentine is it felt as though it was two horror concepts working against one another. the Valentine theme and the mining theme just felt so at odds with one another it never felt like the same movie. Seeing red hearts and streamers everywhere with a guy in full mining gear walking through just felt like ideas that weren’t meshing.

Once the killer reveal comes in at the end, it also feels like it’s out of left field because we’re told it’s one killer and work with that concept the entire film until it’s revealed at the end it’s someone else with motivations we never even knew existed. It just lacks any sort of emotional punch when you learn of this and the reasons for the murders in the same 30 seconds. It just doesn’t work.

I will be glad once we clear through these holiday slasher films. I’ve had my fill.

Nearly very movie has a certain amount of padding, or scenes that you can just live without as they don’t forward the story.

Now, imagine a film that is far more padding than it is story and you’ll have 1981’s Sphinx.

Lesley-Anne Down plays Egyptologist Erica Baron who… has never apparently been to Egypt? We get a ‘fun’ scene of her touring the pyramids as a tourist, standing on the foot of the Sphinx – the only connection to the title of the film – and so on. This entire bit of the film really made it feel as though she was just discovering Egypt as opposed to it being her entire line of work.

But possibly the most egregious bits of padding are when we get to enjoy her taking photos of various Egyptian relics… in silence. No dialog, just good old Erica shooting photos. But wait! She needs to write a note about the photos she just took, so lets do that in silence as well. Oh no! She forgot one additional photo, well better take that one now… in silence.

Towards the end of the film, as Erica confronts Frank Langella as Akmed Khazzan in the hidden treasure room we’ve looked for the entire time, we get one of the dumbest moments possible. Khazzan decides no one should have it, and he knocks out supports to begin a cave-in. He’s killed in the process, but Erica escapes. And this left me thinking, “Apparently Khazzan didn’t think through she knows exactly where this room is and she will be able to assemble a team in no time flat to just dig it out again? So the point of his dying was… nothing?”

It is literally a gigantic room filled with every Egyptian artifact you can imagine. “Oh no, he made the entrance cave-in. Whelp, no reason for me to put in the effort to dig that out I suppose.”

The 1981 movie reviews will return on February 13 with American Pop!