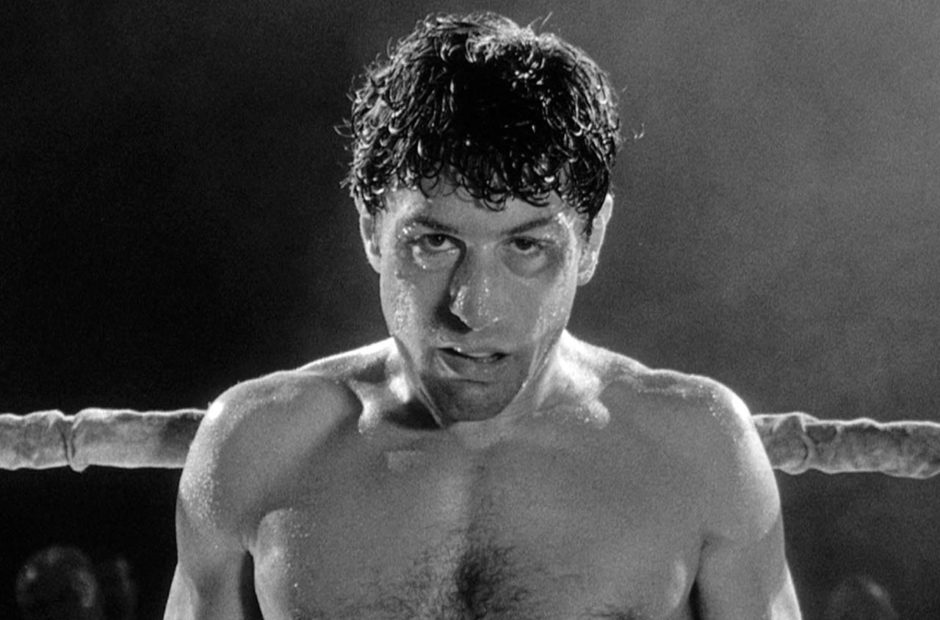 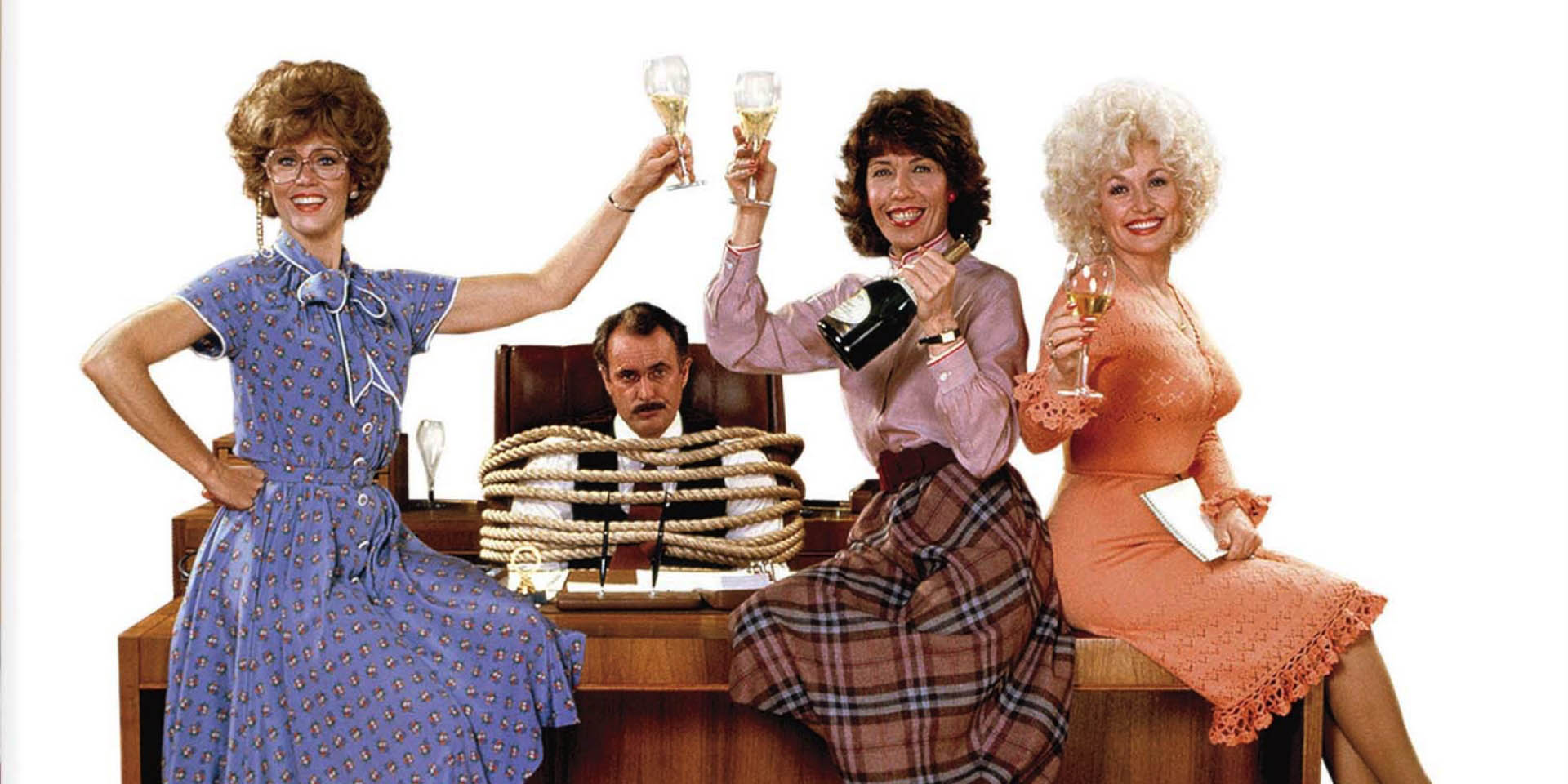 I can remember 9 to 5 being a staple of the early days of HBO and I couldn’t tell you how many times I saw it. That being said, I haven’t seen it in probably 35 years, but it was amazing how much of it I remembered.

Sadly, 9 to 5 is as relevant today as it was in 1980. 40 years later and I could easily see this being remade today without blinking an eye.

The film tells the story of three female office workers – Jane Fonda, Lily Tomlin, and Dolly Parton in her film debut – having to put up with the sexist Franklin Hart Jr. (Dabney Coleman), and when the opportunity presents itself, the three take their revenge on him.

Is it any good? In general, it is, I have a few quibbles with some of the first-hour pacing as it seems to take forever to get to them taking out their revenge, but it still so satisfying once they do.

Back to this being Dolly Parton’s film debut, the film is worth checking out for this alone. She is stunningly natural in this role and you would be hard-pressed to not believe this is her life or her experiences. I’ve always enjoyed her work, but looking back at this now with a more experienced eye, her role in this film is amazing and noteworthy.

It’s a film well worth your time to check out. 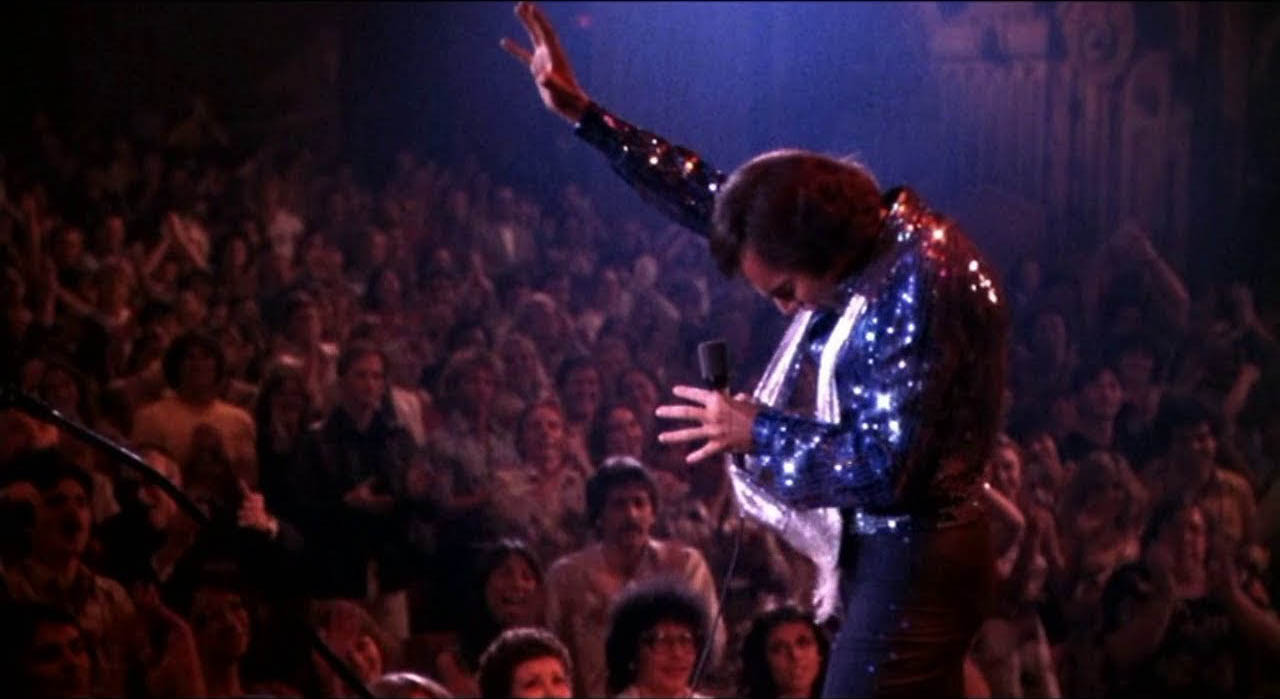 A remake of the 1927 Al Jolson The Jazz Singer is a mess from top to bottom. Honestly, it’s embarrassing.

Neil Diamond is an immensely talented musician, but he is not an actor. He was also in his late 30s in this movie which would have clearly worked better for someone in their early 20s as the whole story revolves around someone trying to find their direction in life. Literally every decision made by this character would make so much more sense if it was someone just beginning their life was making it. Seeing someone of Diamond’s age doing it just makes no sense.

And as soon as someone wants to explain that 10 month or so “I need to find myself” road trip at that point in his life… good luck.

And lets just address the black face moment. It’s a direct homage to the original film, but even in 1980 this was a poor choice of a story beat. They couldn’t come up with some other moment than this? And this was barely 10 minutes into the movie.

The Jazz Singer was just ill-conceived from top to bottom when it was turned into a Neil Diamond vehicle. This truly bums me out as I enjoy his music so much, but thank goodness I hadn’t seen this movie until now. 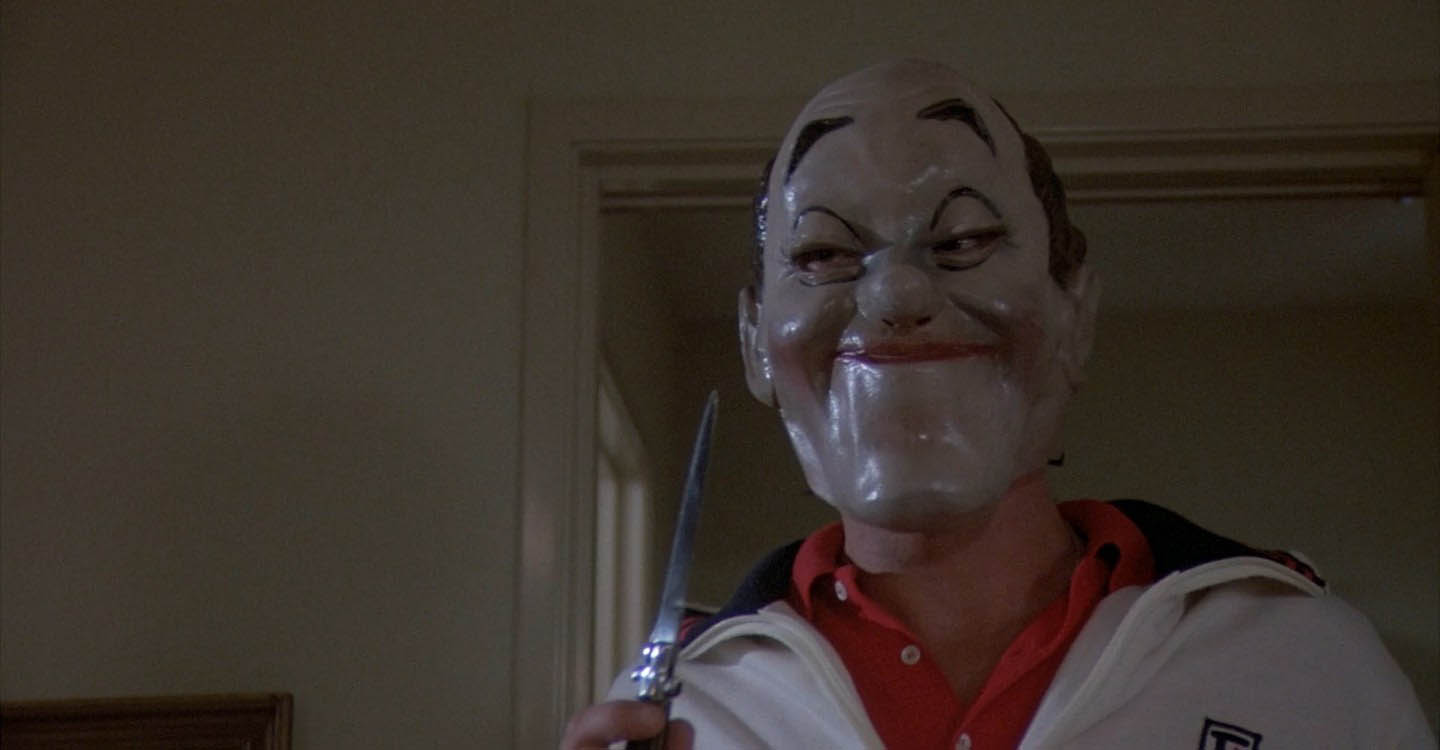 It seems that a lot of films took the wrong lesson from the success of Halloween: You can’t just pick a holiday for someone to go on a killing spree and that’s all you need.

New Year’s Evil follows a serial killer killing one person at midnight in each timezone in an effort to terrorize punk rock icon named Diane Sullivan. He calls her during her New Year’s Eve show after each murder to torment her with recorded audio of the murder.

When you realize all of these people to Sullivan the whole plot begins to fall apart. The killer has one hour to get to each victim… lure them into him murdering them… call Sullivan to torment her… get to the next victim to start the cycle again. The logistics of this are just painful to think about after 3 seconds of thought.

Meanwhile, while all of this is going on, you also have Sullivan’s son slowly losing his mind in her dressing room and she can’t seem to care. Yes, we understand she’s supposed to be selfish, but even this got a bit silly in how actively she ignored him.

It’s just a bad film from top to bottom, but what do you expect from a Cannon Group film? 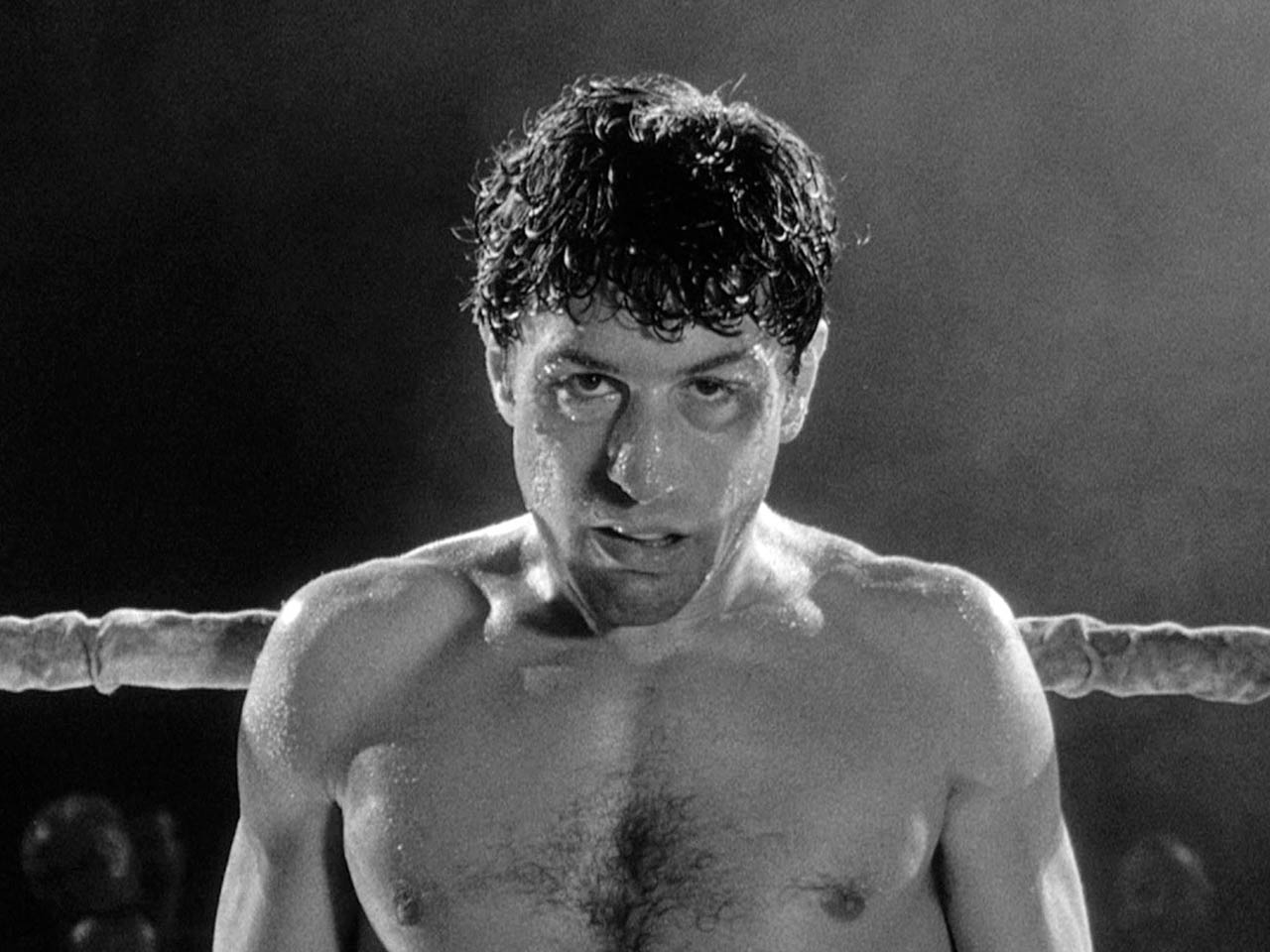 I have a rather unpopular opinion when it comes to Raging Bull: It’s a fine movie, nothing more.

Before you start throwing things at me, hear me out. It is beautifully directed, and the acting is top-notch, but I never felt like I got to know these characters. Jake LaMotta (Robert De Niro) is literally a ‘raging bull’ of a man who plows through his life and everyone is thrown aside in his wake from his brother Joey (Joe Pesci) to his wife Vicki (Cathy Moriarty). But, why? What made him this way? When we meet him he’s already a boxer, we know absolutely nothing about what made the man we see.

And I get that it is right there in the title: He’s a bull. He’s a force. But why? Was there a cause? Was it just there from birth? I couldn’t begin to tell you.

The script is where this film fails me as a viewer. Everything else is brilliant, but I was just left with too many questions, even down to simple things such as why did he ever try his hand at stand-up comedy? He never expresses an interest in this, it just happens after he leaves boxing and the film feels we should just go with it.

Despite my issues with the script, this is still a movie everyone should see at some point. It was the true jumping-off point of so many important careers. It is gorgeous to just look at during every frame of the film. This was director Martin Scorsese finding the style that would define so much of his career, and, of course, this was also peak De Niro and Pesci in their lengthy acting partnership. 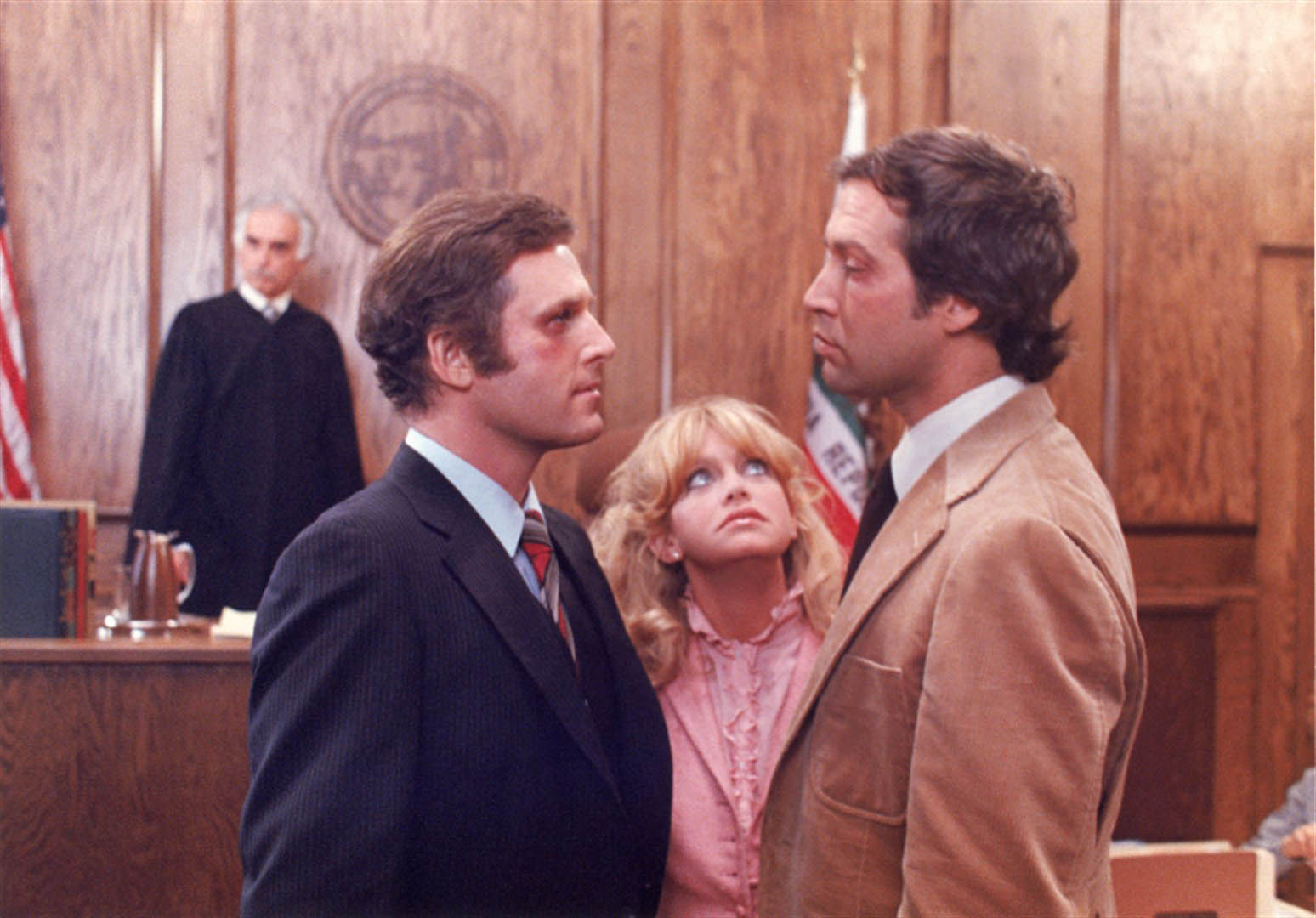 Before I dive into this one, I have a question for everyone: How did Charles Grodin keep getting work? If ever there was a lump in human form, it’s Grodin and his one-note performances. Any time I see him in a film I just immediately get disappointed.

The Grodin aspect of this aside, Seems Like Old Times is an old-school farce with some funny moments. It just sadly never really goes anywhere with its threadbare story. You know from the opening minutes exactly where this movie is headed and it never deviates from that goal in even one unexpected way.

The biggest saving grace, as with so many films she has starred in, is Goldie Hawn. She has always been capable of doing so much with so little and she is always a joy to watch.

It’s a comedy. You’ll chuckle. And you’ll almost instantly move on with your life as there is just nothing of any substance here.

1980 movie reviews will return on Dec. 25 with Altered States!