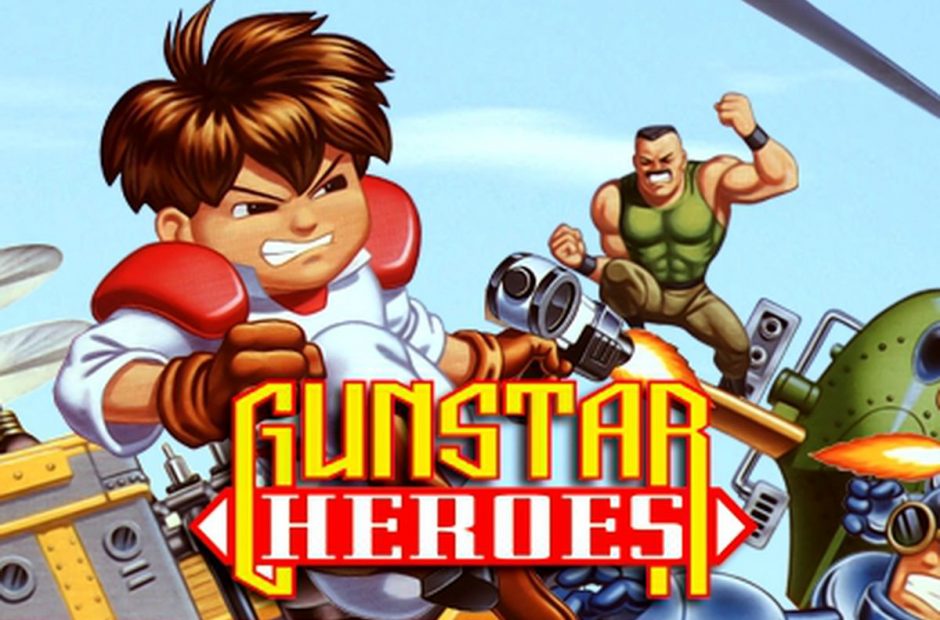 SEGA Genesis Classics is the best value you can get on the Switch these days. For $30, you get 51 classic video games, and a good chunk of these are still worth your time. Sure, the removal of Wonder Boy in Monster World, which is in the PlayStation 4 and Xbox One version, stings a lot, but you can’t argue with the value you get from Shining Force, Landstalker, Phantasy Star, Beyond Oasis, and of course, Ristar.

One other positive side of this package is the inclusion of legendary developer Treasure’s entire non-licensed SEGA Genesis library. The company, founded by seven former Konami employees, and its games have never felt more at home on a console than they do now. Sure, we’ve all played Gunstar Heroes by this point, but one more release never hurts, especially on such an accessible device. Joining it this time are a few of Treasure’s lesser known games: platformer Dynamite Heady, run ‘n’ gunner Alien Soldier, and its off-kilter take on the Zelda formula, Light Crusader.

Four classic games that established Treasure as an iconic studio, even in this day and age when then studio rarely puts out new products, all in a single package. This leaves me wondering… where are the rest of the company’s games?

The Switch is clearly the best place to play them, so why not get them all aboard? Nintendo has already secured one of the company’s most iconic games:

Ikaruga, often cited as one of the finest games in its genre, is already available for the Nintendo Switch for just $15 thanks to our friends at Nicalis! I’ve been meaning to buy it, but I want to invest Fangamer’s Flip Grip before I do so I can finally play the genuine “TATE mode.”

But still, this single release on the Nintendo Switch shows there is a market for Treasure games that SEGA or anybody else should be scrambling to fill in.

Alongside Ikaruga, this SEGA Saturn classic also defines Treasure’s ventures into the SHMUP genre. Radiant Silvergun is less defined by its Ikaruga smarts and more defined as a versatile shooter with an interesting arsenal of weapons.

Here’s an Xbox Live Arcade trailer, where the game has been available since 2011.

How likely: No so far removed as you would think. Indeed the launch of SEGA Genesis Classics isn’t the only inception for today’s rant. Treasure’s official Twitter page recently replied to a fan asking for the game, saying they were considering a release but couldn’t promise anything.

Hey, why not get Nicalis on the phone again, Treasure?

For all the praise that Ikaruga gets on the SHMUP scene, Guardian Heroes is that masterpiece for the beat ’em up genre. Treasure’s action brawler is one of the genre’s pillars, taking into account its RPG elements, branching pathways, loads of endings, and slick 90’s anime look that we never get to see anymore.

Like Radiant Silvergun, this game was released on the SEGA Saturn and remains in relative obscurity because of that. Shame because it too is one of the most beloved Treasure games on the market.

Again, this got an Xbox Live Arcade release in 2011, which served to reintroduce the game to a whole generation of gamers.

How likely: I can’t say because it is unknown how well the remaster did on Xbox Live Arcade. The quality is out of the world, not to mention authentic since it includes the original graphics, but it has never appeared on any other platforms, including the PlayStation 3, PlayStation 4, Nintendo Switch, or even Steam for that matter.

This leads me to believe that it didn’t do so well. However, its addition to the Xbox One backwards compatibility list also makes me wonder if Microsoft had an additional hand in its development, one that holds it back from releases on other platforms, similar to how Sony pitched in to make the recent Castlevania Requiem and disallowing any further ports.

Detested upon release for being 2D in an era where anything not 3D was considered unfashionable, Mischief Makers is overdue for a re-evaluation. This game showcases all that we love about Treasure games, be it the company’s ability to use traditional platforming in inventive new ways, to create bright colorful worlds on under-powered consoles, or to create highly personable characters.

Few cult classics demand a re-release or another stab at the market like Mischief Makers does.

How likely: Not likely. This game has never been released on Virtual Console, never appeared in any compilation, and is essentially dead for the rest of time. Enix published in Japan, Nintendo published in North America, and no parties involved seem eager to test the waters with a simple digital release. No doubt this is locked away under a ton of trademark issues, which is a huge shame for the gaming world.

It’s hard to believe, but a limited release on the SEGA Dreamcast eventually lead to Treasure’s longest lasting series. Bangai-O has seen two sequels, one on the Nintendo DS and one on the Xbox 360, and fans can’t seem to get enough of it.

Part puzzle game, part run ‘n’ gunner, Bangai-O is loaded with just as much personality as it is weaponry, and the love Treasure has shown for this series over the years should be shared on the Nintendo Switch.

Again, the third sequel Bangai-O HD: Missle Fury came to Xbox Live Arcade in 2011. I guess I forgot how much of a re-evaluation Treasure got in those days.

How likely: As said before, this is the series Treasure goes back to the most, even if that “most” comprises of only two sequels. Treasure was founded because its developers didn’t want to make sequels, and yet, gamers love them some Bangai-O.

The story behind this game is baffling. Sin and Punishment is Nintendo 64 3D rail shooter from Treasure that was translated into English but never released in North America until it got a Virtual Console release on the Wii-U… that dug back in time and utilized the Wii’s motion controls.

All four of these general rules have been defied for Sin and Punishment, showing the lasting power of Treasure’s dedication to its classic library.

How likely: It would be a real shame if all that hard work went to waste on the Wii U. Such a high quality port, not to forget the original game’s Wii sequel Sin and Punishment: Star Successor, are perfect for the Nintendo Switch and its Joy-Con controllers.

Motion controls are a bit more viable nowadays than they were went this port came out, and hopefully, both Nintendo and Treasure realize this.

One of Treasure’s more controversial games, legendary publisher Working Designs went back and retooled some of the mechanics behind this game when it brought it to the United States, angering many fans in the process. Indeed, it was one of the few times Working Designs was ever rebuked for anything in its history, but such a decision deserves to be relooked at now on the Nintendo Switch.

How likely: Not likely. Because of the controversy and an obscure Japanese release on the SEGA Saturn, the game remains one of Treasure’s lesser known games in the West, not to mention one of the lower tier games in terms of quality. Fine platformer, but we have bigger fish to fry. See above.

We’re skipping the nonsensical Stretch Panic to talk about some games that are actually good. On the Game Boy Advance, Treasure developed not one but two mini-versions of its two most ionic games. Advance Guardian Heroes turned out mediocre and not really able to stand up to the main title. Decent, but meh…

But then there is Gunstar Super Heroes, and while this might be controversial, I’ve always preferred this sequel/remake/thing to the SEGA Genesis original. It perfectly embodies Treasure, who was able to dig DEEP into the Game Boy Advance’s power to crank out a high octane action game worthy of its legacy, and it is every bit as good as its popular big brother.

How likely: SEGA has overlooked these two games seeing how poorly they did on the market. I can understand Advance Guardian Heroes since it wasn’t well received, but Gunstar Super Heroes is simply too good to let it disappear into history. Depending on how dedicated Nintendo is to Virtual Console on the Switch, or depending if SEGA and Treasure want to kick up a niche Game Boy Advance release this many years later, will factor how likely we are to see this game coming out again.

I doubt it. The original seems to satisfy fans enough.