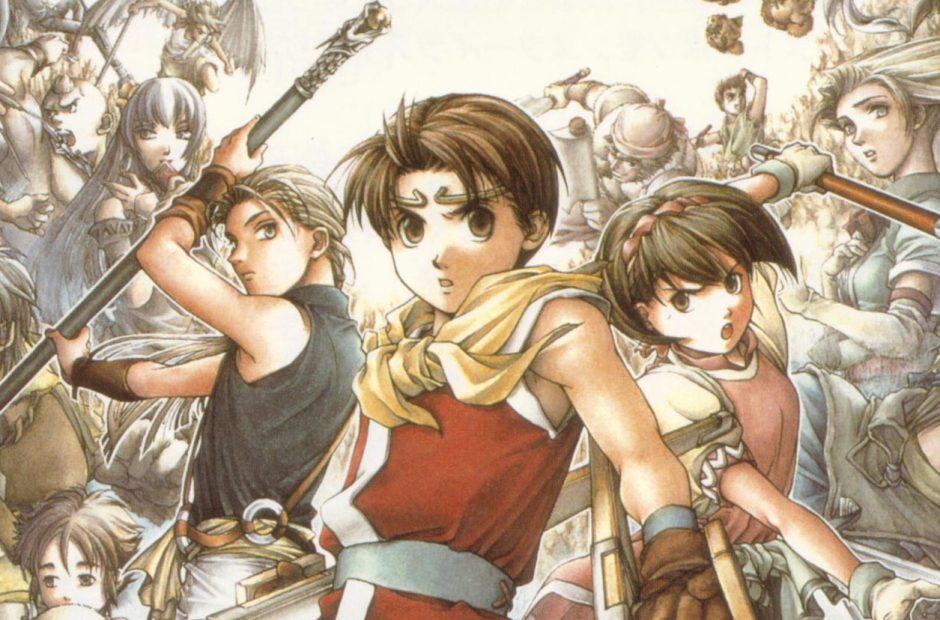 “Best Video Game Ever” is a title I reserve for a trio of games that have very similar design, and I use the term loosely because my opinion between them fluctuates with whichever one happens to be on my mind at the moment.

Yesterday, it was Chrono Trigger. Tomorrow, it will likely be Final Fantasy VI, but today, because of its 20th anniversary and because it’s on sale on the PlayStation Network, it’s Suikoden II.

All three games represent the peak of my absolute favorite video game genre, the sprite-based JRPG. Not to deride polygons since JRPGs have thrived on polygons in games like Final Fantasy X and the Persona games, but never before and never since have I loved video games than the few years of the mid-to-late 90s when I drowned myself in pixelated RPG characters and their Earth-saving adventures.

Suikoden II is the last of the three games to come out, being released in Japan on Dec. 17, 1998. In North America, it released on Sept. 25, 1999, and while the date might seem insignificant nowadays, at the time, the JRPG was too busy scratching their heads over Final Fantasy VIII, which was released just the week before.

Good job, Konami. As if the series had enough trouble attracting fans.

I’ve spoken to this before, but the strength of Suikoden is and has always been its pacing. If you know what you’re doing, the game can take roughly 30 hours to beat, but the difference between it and most modern JRPGs is that it actually feels like 30 hours of game. Not only are the cast of characters huge and plot as deep and emotional as they come in the genre, but Suikoden II never features an ounce of padding.

No need to grind character levels for max stats, no need to do long, derivative fetch quests. The occasional recruit might need a little prodding to join you, but hardly at the same annoyance as most modern side quests in video games.

The most you’ll ever need to grind is for a few rare runes early in the game, like the Double Beat Rune in North Sparrow Passage or the Fury Rune, a Rare Find in Muse City.

Chrono Trigger and Final Fantasy VI open up themselves at the end to a more open world field, but Suikoden II never does this, keeping players motivated to push through its linear plot to keep the drama fresh in their minds. The variation and fun of Suikoden 2 also comes from mixing and matching the 108 units you can recruit in your army. Each one adds a new aspect to battle or tags on a branch to your home castle, whether its opening a store or granting access to a fun mini-game with genuinely important prizes.

But I’m not really here to review the game. I’ve done so more times than I care to do, so rather than that, I’m just going to point you one more time in the direction of the PlayStation Store sale, where you can buy the Best Game Ever for just $6.