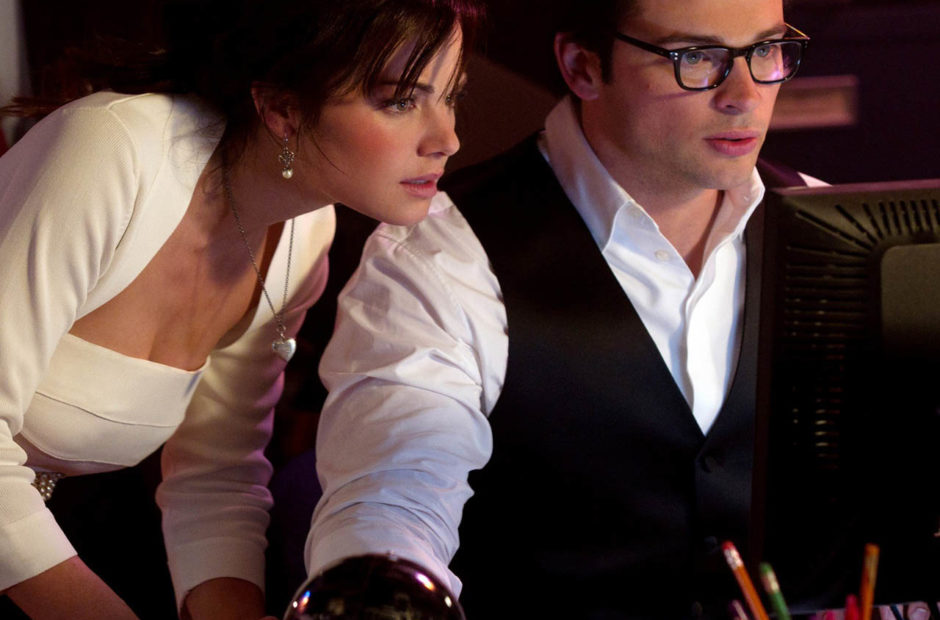 The CW’s Crisis on Infinite Earths recently announced that Tom Welling and Erica Durance from Smallville would be reprising their roles as Clark Kent and Lois Lane respectively. Now we are getting a little tease from Erica Durance herself. She recently posted on Instagram this image of her and Tom Welling.

So, I was just minding my own business, and I ran into this guy😊 @tomwelling #Smallville #crisis #loisandclark. Laughed until I cried! So much fun 🤗

Crisis on Infinite Earths will explain what happened to Smallville’s Lois and Clark 10 years after where we left them at the end of the series. Marc Guggenheim also commented on having the Smallville stars on the shows.

“For eight years, Arrow has stood on the shoulders of Smallville. Simply put, there would be no Arrow, and no Arrowverse, without it. So when we first started talking about Crisis on Infinite Earths, our first, second and third priorities were getting Tom to reprise his iconic role as Clark Kent. To say that we’re thrilled would be a Superman-sized understatement.”

This crossover is beginning to reach the bursting point with how many characters will be appearing. All five series – Arrow, Batwoman, Legends of Tomorrow, Supergirl, and The Flash – will be involved. It will also be split over the winter break. Supergirl will kick things off on Dec. 8, Batwoman will follow on Dec 9, and The Flash will air on Dec. 10.

Things will then pick back up on Jan. 14 with Arrow, and will wrap up with Legends of Tomorrow on the same night.

Fun Jug Media, LLC (operating Batman-News.com) has affiliate partnerships with various companies. These do not at any time have any influence on the editorial content of Batman News. Fun Jug Media LLC may earn a commission from these links.