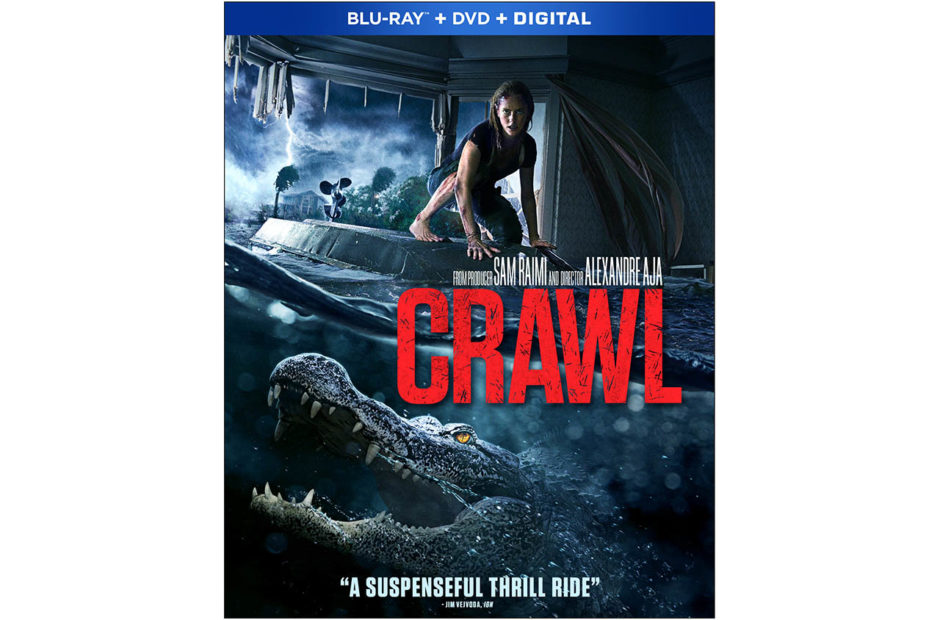 Crawl is arriving on DVD and Blu-ray and it’s a far more gripping film than it should be.

We have seen an endless stream of ‘confined space’ horror films in just about every scenario you can think of. We’ve also seen endless “unseen horror you can’t see approaching” films, with the most famous being Jaws. (Which Crawl even has a cute nod to early on.) But Crawl found a really interesting way to freshen things up from using things such as a crawl space – something nearly every home has – and bringing the horror into our own homes.

Add a hurricane on top of it, and it is just the right mix of claustrophobic and isolated.

We highly enjoyed the film, and then we get to the extras. This is where the Blu-ray hits it out of the park. We get a motion comic clip showing an alternate opening (we really wish they had filmed), deleted scenes, and a lengthy featurette on the making of the film. This is why we still love Blu-rays and when the extras are great like they are here, we’re quickly reminded of that. 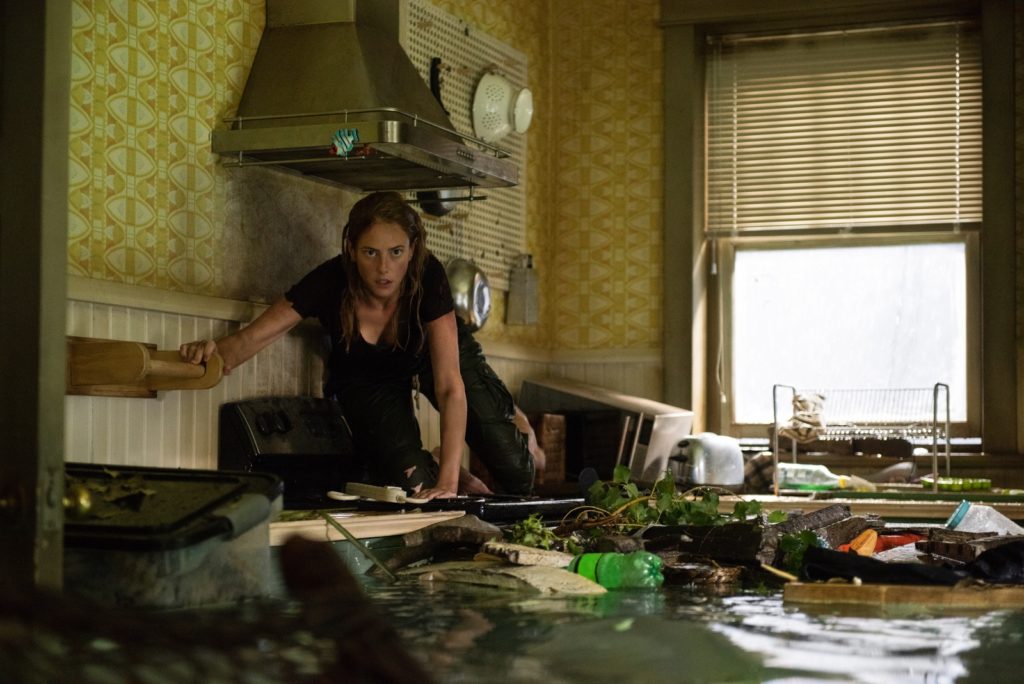 The Digital* and Blu-ray releases are loaded with over 45 minutes of thrilling special features, including an exclusive motion comic of the film’s alternate opening. Plus, check out deleted and extended scenes, a behind-the-scenes look at the incredible visual effects, interviews with cast and crew, and an “Alligator Attacks” compilation that highlights the bone-crunching alligator sequences.

Certified Fresh on Rotten Tomatoes, CRAWL was hailed by critics as “one of the most unexpected and satisfying genre films of the year” (William Bibbiani, Bloody Disgusting). As a hurricane tears through Florida, Haley (Kaya Scodelario) rushes to find her father (Barry Pepper), who is injured and trapped in the crawl space of their home. With the storm intensifying and water levels rising, the pair face an even bigger threat lurking below the surface.

The CRAWL DVD includes the feature film in standard definition.

Disclaimer: Paramount provided us with a Blu-ray review copy of the film. We watched the film and all extras before beginning this review.