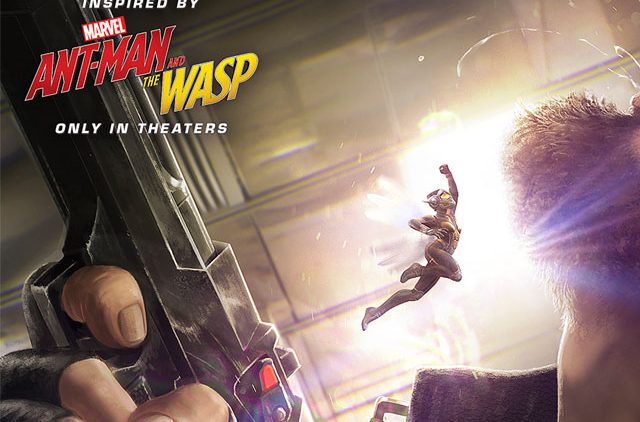 Ant-Man and the Wasp is hitting theaters this weekend, so it only makes sense that the Wasp now joins the Contest of Champions game.

While Ant-Man has been a part of the game for some time now, it only makes sense for Hope van Dyne to join the Contest. The Wasp is coming in as the Pym Particles have entered as a currency for the month of July and the new monthly challenge is launching.

Will she make a good addition to the Science class, the one that needs the most help it seems like? Totally depends on how you play, but here are her stats.

She’s not striking me as anyone I’ll be racing to level-up, but you never know. Until you get some game time with the new champions, you just don’t know anything for sure. 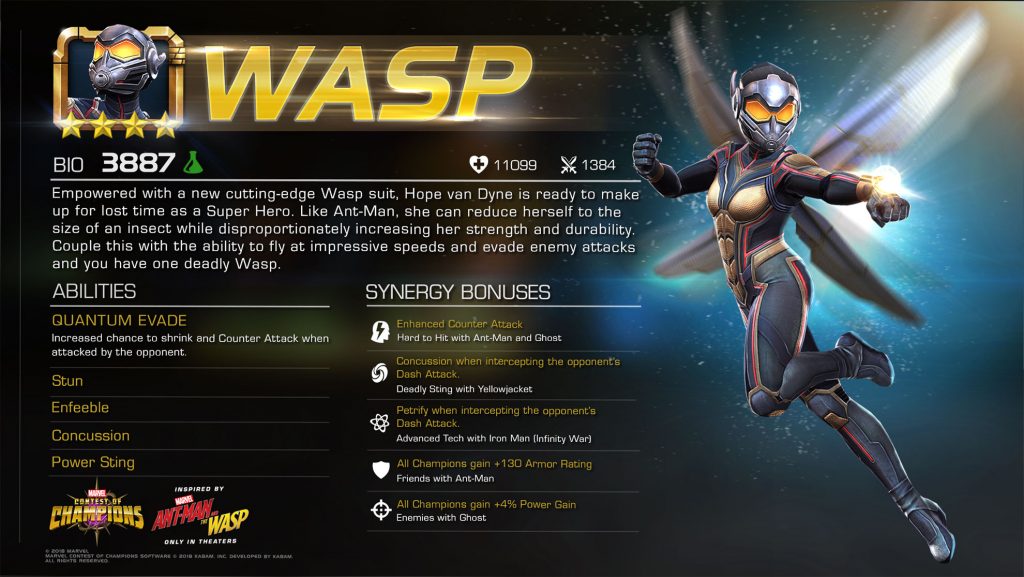