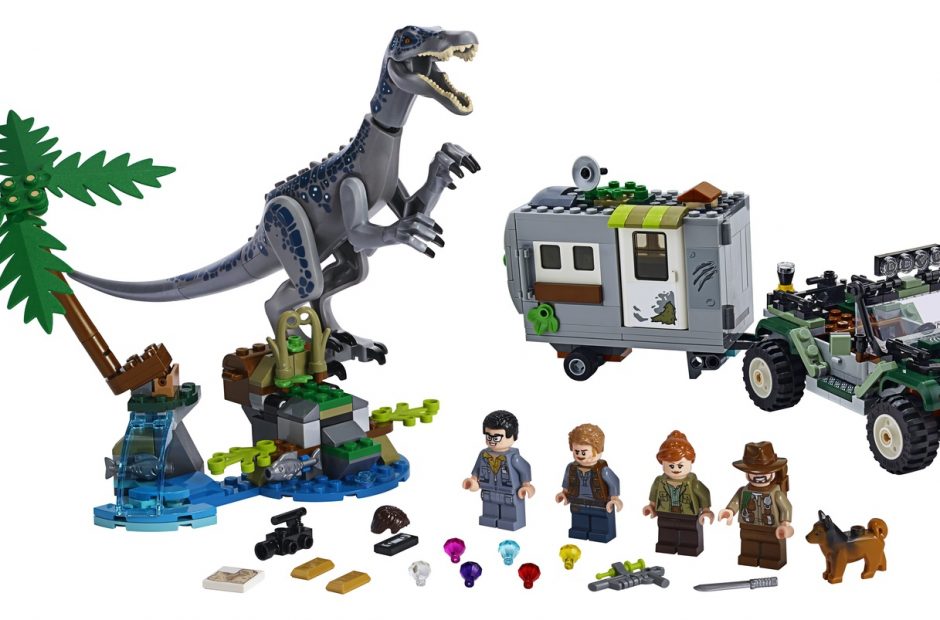 LEGO has announced an all-new addition to the Jurassic World series with a mini-series entitled, Jurassic World: Legend of Isla Nublar.

This new 13-episode mini-series will follow the adventures of Claire, Owen and fan-favorite dinosaurs seen in the 2018 animated special, LEGO Jurassic World: The Secret Exhibit. The series will debut later this year and will, of course, include new LEGO building sets based on the story.

The first four sets were announced along with the mini-series. They are as follows:

Thrilling adventures await children when they construct Owen Grady’s drone and fly to save Hudson Harper from an escaped dinosaur in LEGO® Jurassic World 75934 Dilophosaurus on the Loose. The drone features 4 spinning rotors and a net shooter function to aim at the Dilophosaurus dinosaur model. This building toy for kids also includes 3 minifigures, plus a market stall in the shape of a dinosaur’s head with lots of accessory elements to inspire creative play.

Drama awaits kids as they help Owen Grady and Claire Dearing pursue bad guys through the jungle in LEGO® Jurassic World 75935 Baryonyx Face-Off: The Treasure Hunt. This action-packed dinosaur playset features an offroader with space for 2 minifigures and an attachment point for a trailer which has a buildable rooftop antenna and a detailed interior, plus a buildable jungle scene that has a hidden treasure chest with a reveal function. It also includes a posable Baryoynx dinosaur figure and 4 minifigures with cool weapons and accessories to inspire imaginative play.

Youngsters will love creating exciting dinosaur action adventures with this LEGO® Jurassic World 75937 Triceratops Rampage building set. The colorful playset includes an Egg Spinner ride with 3 dinosaur-egg seats for minifigures and a spinning function, plus a gate and queuing area for the ride. There is also a posable Triceratops toy dinosaur figure, a collapsible fence and a minifigure buggy to play out a dinosaur escape and pursuit.  This building toy for kids includes 4 Jurassic World minifigures to inspire creative role-play.

Action-packed dinosaur adventures are guaranteed as youngsters play out a LEGO® Jurassic World 75938 T. rex vs Dino-Mech Battle and seek hidden treasure in the Isla Nublar volcano. The buildable T. rex toy dinosaur figure and bad guy Danny Nedemeyer’s Dino-Mech are both posable and have snapping jaws, while the buildable volcanic rock has an opening function to reveal a hidden treasure chest. This Jurassic World building toy also includes 4 minifigures, 4 baby velociraptor toy figures and a boat with 2 stud shooters and a tranquilizer gun to inspire kids to role-play Jurassic World scenes and create their own stories. 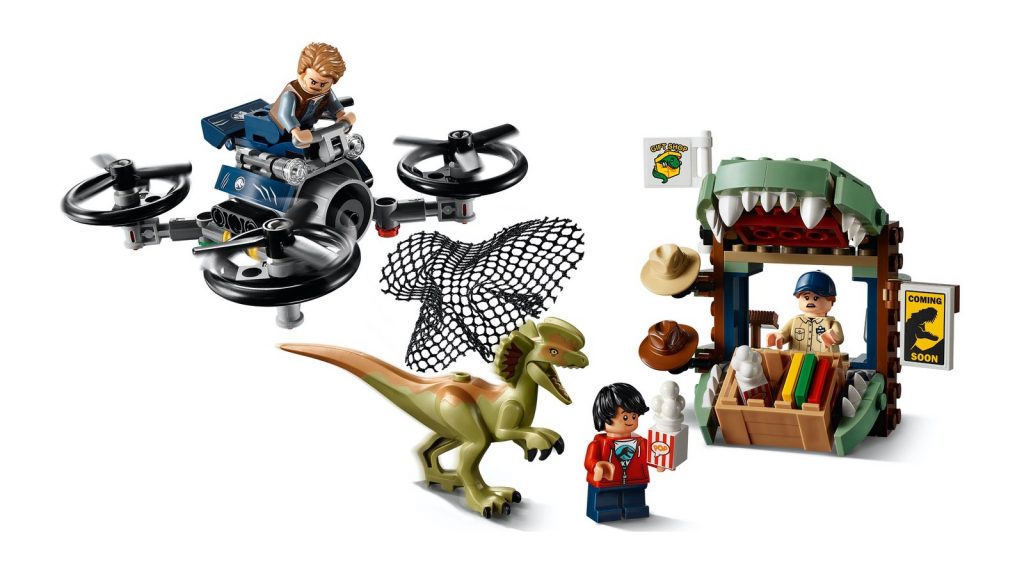