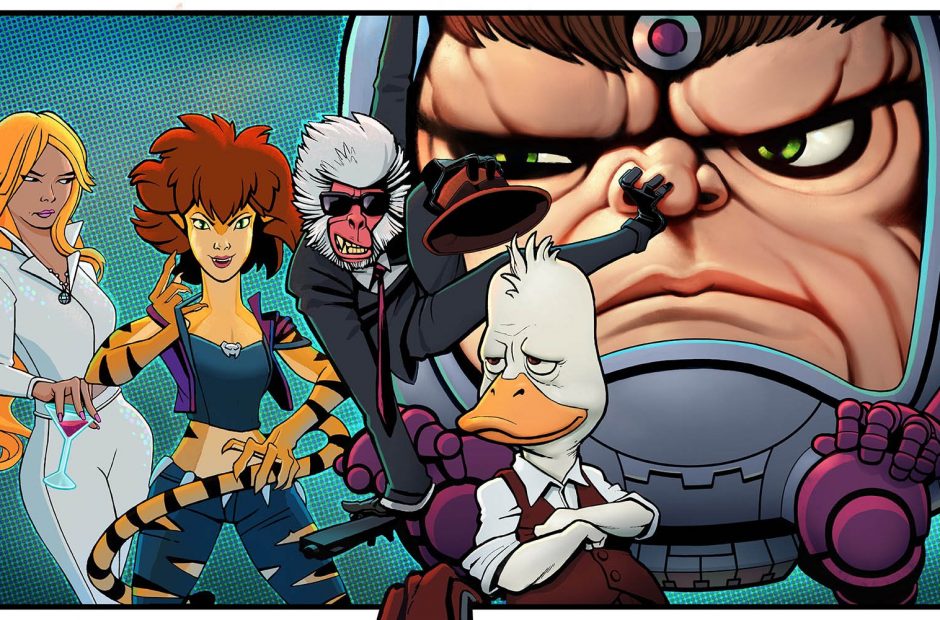 Hulu is forming its own mini-Marvel universe with the announcement that four new animated series are on the way to the streaming service.

First up is Howard the Duck. The series will be written and executive produced by Kevin Smith and Dave Willis. The series will see Howard trapped in a world he never made. With the help of his gal Beverly, he will try to escape back to his world before Dr. Bong catches up with him.

M.O.D.O.K. is the second series and will be written and executive produced by Jordan Blum and Patton Oswalt. M.O.D.O.K (Mental Organism Designed Only for Killing) will be set around the supervillain trying to deal with his evil organization as well as his demanding family.

Josh Gordon and Will Speck will be writing and executive producing Hit-Monkey. This wronged Japanese snow monkey will be trained by the ghost of an American assassin as he fights his way through the underworld of Tokyo.

And the final series will be Tigra & Dazzler from writers and executive producers Erica Rivinoja and Chelsea Handler. No description of the premise was included at this time for this series.

When all four wrap up their seasons, all of them will then join together in a team season called The Offenders. Yes, it’s the same model that Netflix used, but clearly, this is all tongue in cheek.

No word on premiere dates yet, but animation always takes some time. This is certainly one way to bring Howard back into our lives, and we’re all for it. 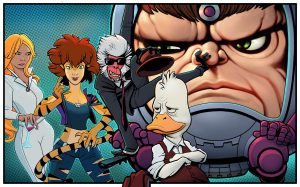