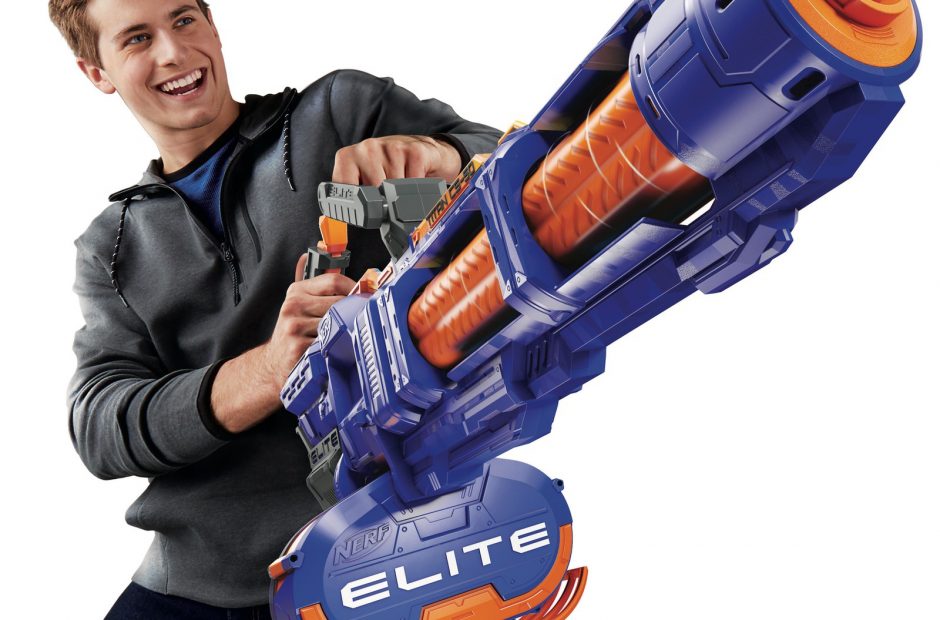 One of the best parts of Toy Fair every year is hitting the NERF room at the Hasbro showroom. It’s a showroom we always look forward making our way to, and now we have some idea of what will be waiting for us.

Hasbro announced its Fall 2019 NERF lineup on Monday Morning, and, of course, there is one stand out blaster we’re all going to want. It’s clear the N-Strike Elite Titan CS-50 is going to be the NERF item on everyone’s wishlist come holiday season 2019.

Take on targets with the power and size of a giant with NERF ELITE TITAN CS-50 toy blaster! This colossal blaster is fully motorized for rapid-fire dart-blasting and boasts a huge 50-dart drum to unleash a massive, 50-dart storm. It includes 50 Official NERF ELITE darts, enough to fully load the drum. Power up the motor and pull the trigger to pepper the playing field with a deluge of darts. The barrel spins as the blaster unleashes its darts to send opponents running for cover. Use the included shoulder strap to carry the blaster into battle. The blaster is compatible with most NERF ELITE dart clips and has integrated clip storage to keep back-up firepower nearby. Includes: blaster, 50-dart drum, 50 darts, strap, and instructions. Clip and additional darts not included. Requires 4 1.5-volt D batteries, not included. Available at most major toy retailers nationwide.

The N-Strike Mega Magalodon also looks like it will rain hot NERF death down upon your foes.

With this exclusive version of the MEGALODON blaster, you get 60 NERF MEGA WHISTLER darts — that’s 40 more darts than the original version, for more dart-blasting fun! Crank to fire 20 darts in a row from the MEGALODON toy blaster! This NERF MEGA blaster has a rotating drum that holds up to 20 Official NERF MEGA darts, giving you plenty of firepower for all your NERF battles. Crank the handle back and forth and pull the trigger to launch 1 dart at a time, or unleash all 20 darts rapidly with slam-fire action. Experience the mega-firing power of this red NERF N-STRIKE MEGA toy blaster that shoots darts up to 85 feet (26 meters). The 60 big red Official NERF MEGA darts are designed for power and make a whistling sound as they fly through the air. Official NERF darts are tested and approved for performance and quality and are constructed of foam with flexible, hollow tips. Includes: blaster, drum, 60 darts, and instructions. Available at most major toy retailers nationwide. 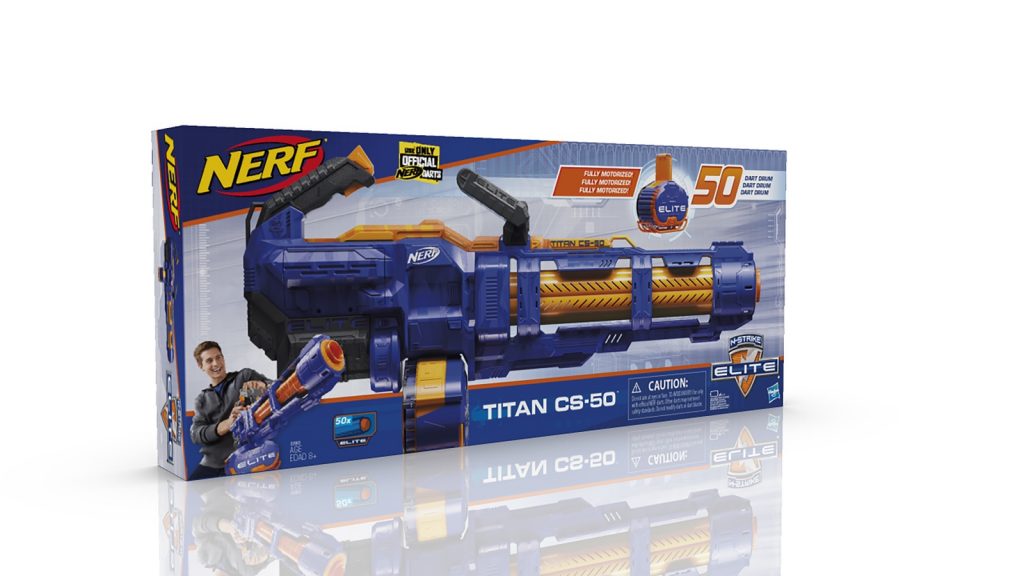 Experience the intensity of fully motorized, 50-round blasting with the NERF RIVAL PERSES MXIX-5000 blaster. This blaster features the fastest blasting NERF RIVAL system, so rev up the motor and rapid-fire up to 8 rounds per second to blanket the competition with a hailstorm of firepower! It includes a 9.6-volt 1200mAH rechargeable battery and wall charger, so there’s no need to stock up on batteries. The PERSES MXIX-5000 toy blaster comes with 50 Official NERF RIVAL high-impact rounds, enough to fully load the blaster’s high-capacity, easy-load hopper. Hold down the acceleration button to power up the motor, then pull the trigger to fire. The trigger lock prevents accidental firing. Includes: blaster, rechargeable battery, charger, 50 rounds, and instructions. Available in red or blue. Each sold separately. Available at most major toy retailers nationwide.

The zombie fighters created a way to generate power — and they tricked the zombies into running it! Electrify the zombie-fighting fun with the REVOLTINATOR blaster that has Power Shock electronic lights and sounds. When you power it up and fire, lights flash and glow in different places on the blaster, and it makes revving, blasting, and sparking sounds. This toy blaster comes with an 18-dart clip and 18 darts, giving you plenty of firepower to go up against the zombies. The blaster is motorized, so you can rev it up and shoot all 18 darts in a row with rapid-fire blasting. The 18 Official NERF ZOMBIE STRIKE ELITE darts are designed for distance and constructed of durable foam with flexible, hollow tips. Two tactical rails let you customize the blaster with ZOMBIE STRIKE accessories, sold separately. Shock the zombies with the sights, sounds, and power of the NERF ZOMBIE STRIKE REVOLTINATOR blaster! Includes: blaster, 18-dart clip, 18 darts, and instructions. Requires 4 AA batteries, not included. Available at most major toy retailers nationwide.

The Nerdy will be at Toy Fair all four days bringing you all of the coverage as it happens. Be sure to follow along Feb. 16 – 19! 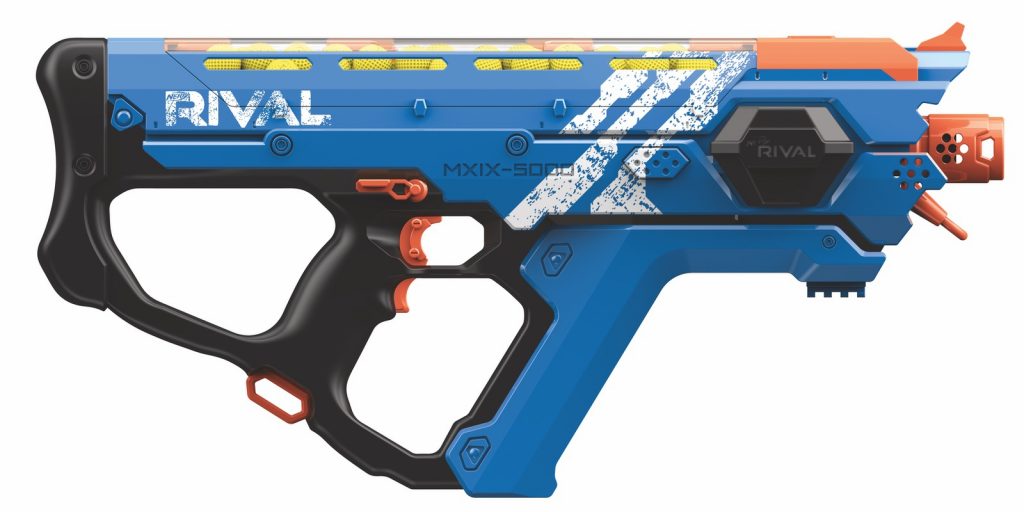