UltraViolet, the digital locker for films, will be closing down as of July 31, 2019. Now you need to know how to save your UltraViolet movies, and we’re here to help.

The news was announced late last week and details are still in the process of trickling out. Originally UltraViolet was supposed to be the ultimate way of building a cohesive digital film library when it launched back in 2011. All of the major studios signed on with the exception of Disney. It was able to get some retailers such as Walmart’s Vudu to sign on, but it could never get the major players such as Apple’s iTunes or Google.

Disney’s launched its own service called Disney Movies Anywhere which did attract all of the major retailers. In late 2017 the Walt Disney Company rebranded it as Movies Anywhere with the support of several other studios, and at that point, the writing was pretty much on the wall that Ultraviolet was doomed.

Now comes the question of what happens to all of those movies you purchased through UltraViolet, or redeemed codes for them from physical purchases.

How to save your UltraViolet movies 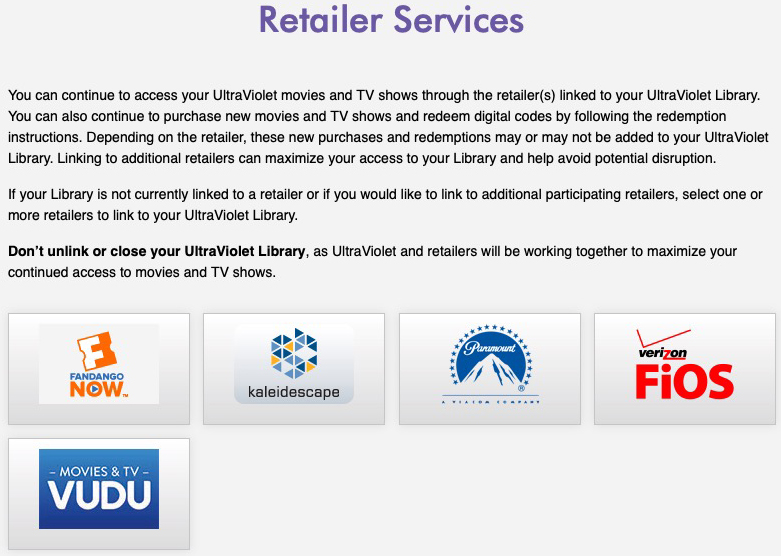 Lets walk you through how to save your UltraViolet movies.

This is one of the pitfalls of a digital lifestyle. You should, whenever possible, download your purchases and back them up in some way.

Hopefully this process will go seamlessly, but we’ll just have to wait and see how things play out as we get closer to July 31.