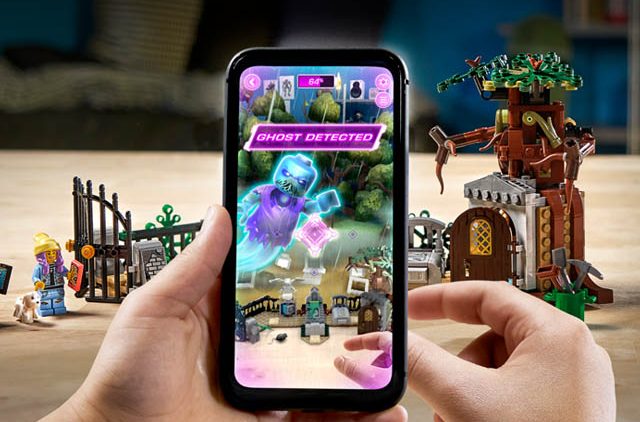 LEGO is entering the modern age with an all-new line of building sets called LEGO Hidden Side. This new haunted product line has a new dimension of play to it as all of the sets are enhanced with Augmented Reality (AR). It’s about time to start hunting some LEGO ghosts!

Set in the town of Newbury, Jack and Parker are two observant kids who start to notice that hauntings appear to be happening everywhere. After talking with Professor JB, the three of them decide to start hunting down the ghosts with special equipment and their customized school bus with ghost detecting equipment.

And then that’s where you come in. Across eight new LEGO Hidden Side sets, you’ll build what looks like everyday settings, but then they transform into haunted locations. For instance, the school sprouts claws and a pair of eerie eyes. Then, with the use of your iOS or Android device, you can try to capture all of the ghosts out of the buildings to help your town out.

During our demo with LEGO, we learned that even if you don’t have any of the sets you can still download the app and play with it once it launched. The other nice touch is if you have a friend with a different set than you, you can play with their set without any issues as they are not locked to any one account.

The other exciting aspect we learned was that the app will be frequently updated with no quests and events. Just because you play through a set such as the graveyard once doesn’t mean you’re done. While it was mentioned that Halloween would, of course, see a large update due to the theme of the sets, there would be events and additional content. 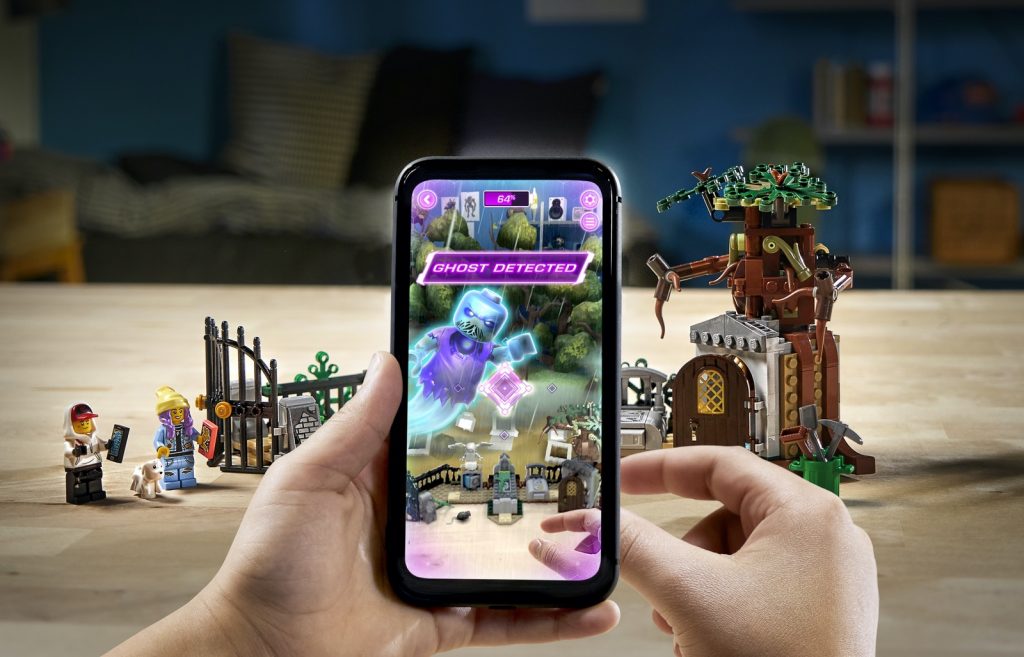 “Our years of experience pioneering the convergence of technology and physical play have taught us that kids expect exciting play experiences that move seamlessly between physical and digital worlds – something we call fluid play,” said Tom Donaldson, senior vice president, Creative Play Lab at the LEGO Group. “At our core we focus on tactile building, but AR presents opportunities to enhance physical LEGO play with new action and mastery elements. We’re breaking the mold of gaming-first AR play experiences to create a new type of play where the physical world actually influences the AR layer, instead of the other way around.”

LEGO Hidden Side will launch this summer with a range of eight sets to begin with. Prices will range from $19.99 to $129.99 USD. The LEGO Hidden Side app will be a free download from either the App Store or Google Play.