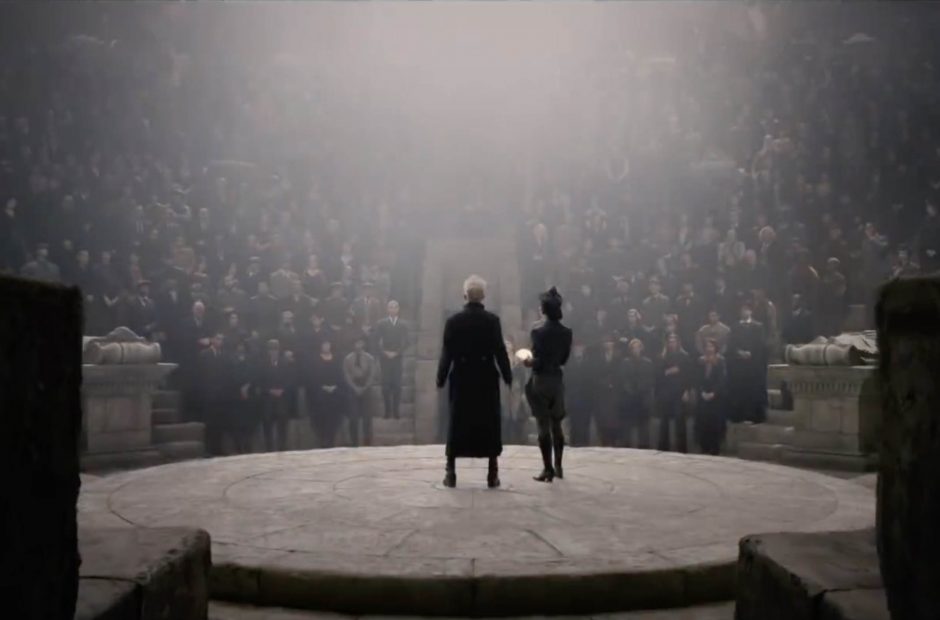 The final trailer of Fantastic Beasts: The Crimes of Grindelwald confirmed a huge fan theory, and now the actor behind the big reveal has broken her silence.

In an interview with Entertainment Weekly, Claudia Kim talked about her role as Nagini, who Harry Potter fans will recognize as Lord Voldermort’s snake and Horcrux. But years before she became entangled with the dark wizard—Fantastic Beasts 2 takes place in 1927—Nagini was a humble circus performer.

When we meet Nagini in Fantastic Beasts 2, she’ll be a member of the traveling Circus Arcanus, where she performs as a shapeshifter. But at this point in her life, she isn’t a villain.

“In this, she’s a wonderful and vulnerable woman who wants to live,” Kim said. “She wants to stay a human being and I think that’s a wonderful contrast to the character.”

It’s an interesting revelation—Nagini is a cursed human capable of shapeshifting into a deadly snake. Eventually, as we find out in Harry Potter, it becomes her permanent form.

“She does feel sometimes it’s not controllable,” Kim said. “She is bound to permanently transform at some point to a beast so she feels this pressure that the clock is ticking.”

How she fits into the larger narrative of Fantastic Beasts 2 is unclear, though Kim does tease that she has powers that have yet to be explored. As the trailer reveals, Nagini will also befriend Credence, who was a major part of the first movie.

“It’s amazing these two broken souls are able to form some kind of friendship within the circus,” Kim said. “Credence is special to her because he encourages her to use her power.”

Fantastic Beasts: The Crimes of Grindelwald hits theaters on November 16.