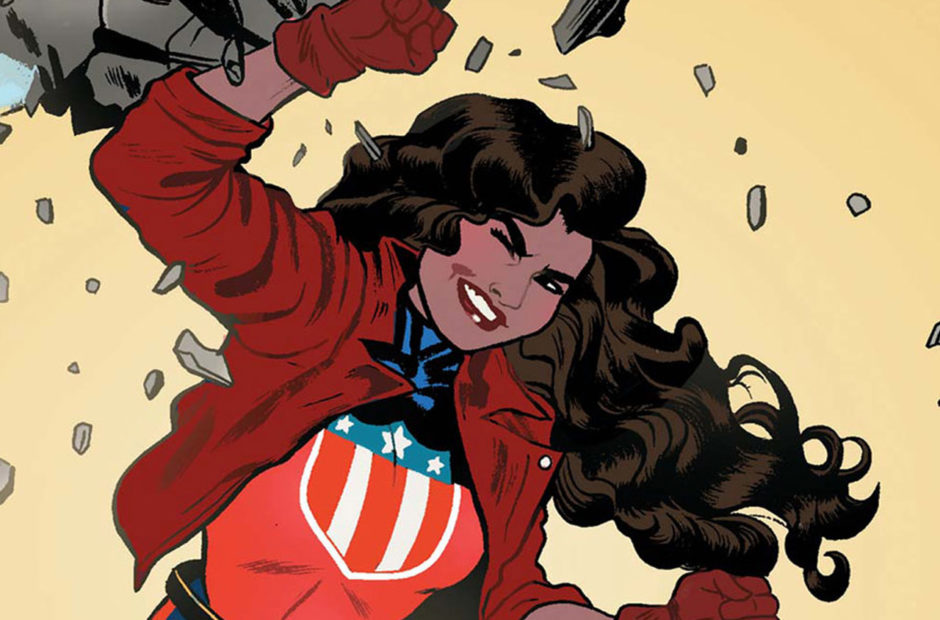 You may soon need a scorecard to keep track of all of the Marvel series on Disney Plus. Three more series were announced at D23 – Ms. Marvel, Moon Knight, and She-Hulk – and now comes a rumor of Miss America getting a series.

According to Geeks WorldWide, Marvel Studios is in the midst of developing a Miss America series for Disney Plus. No details are available such as a potential launch date or who might star in the show, but it would be joining a crowded slate of productions to be sure.

In the comics, Miss America was raised by her two mothers in an alternate dimension known as Utopia. Thanks to her ability to open portals, America Chavez came to the main Marvel Universe and set herself up as the hero Miss America. Since arriving, the first openly LGBTQ Latina hero in Marvel comics, has bounced around various teams including A-Force, the Young Avengers, and the Ultimates.

There has been a rumor that another member of the Ultimates, Blue Marvel, is heading to the WandaVision series on Disney Plus, so we may be slowly working our way towards a team-up show down the road similar to that of The Defenders on Netflix.

Disney Plus seems to be trying to see just how many Marvel series it can cram on the service, but it sure would be nice to see some of them at some point. To date, all we have seen is concept art, but hopefully that will change in the not too distant future.

Disney Plus launches on Nov. 12.